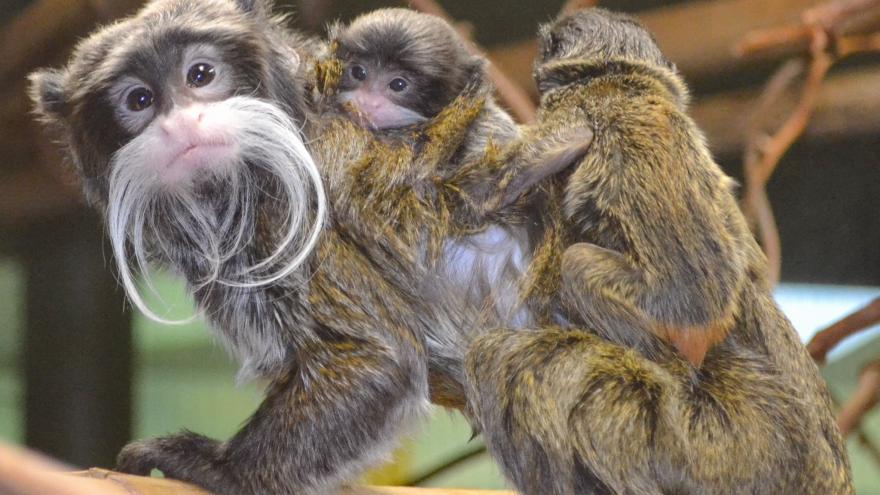 The twins were born to mother Amelie and father Pitino on Dec. 22, 2021. The zoo says they're doing "fantastic."

These babies represent the pair's fifth and sixth offspring in the past three years, and the Racine Zoo's 13th and 14th emperor tamarin babies born at the zoo since efforts took off in the 2010s.

“We are so excited to welcome yet another generation of tamarins,” said Aszya Summers, curator of animal care and conservation education at the Racine Zoo. “We are proud to be a part of the emperor tamarin Species Survival Plan, and our ability to continue to contribute to the sustainability of this species.

You can visit all eight tamarins on exhibit at the zoo's Vanishing Kingdom building.

Watch the zoo's social media for a gender reveal once the gender of the twins is confirmed, and for your chance to vote on their names.