Complaint: Waukesha man stabbed family members, killing 2, to 'save them' from coronavirus 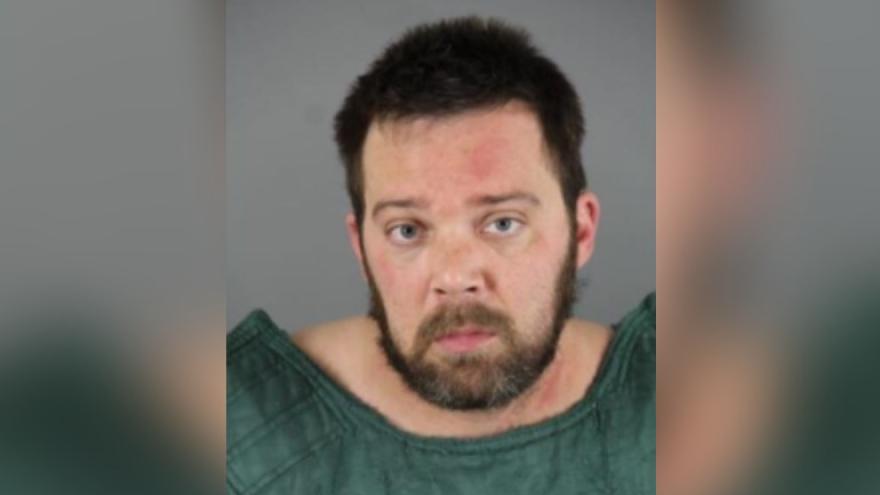 WAUKESHA, Wis. (CBS 58) -- A man accused of murdering his wife and sister-in-law and injuring two other family members, claimed he believed that coronavirus would kill them.

According to a criminal complaint, a woman called 911 on March 10 and said that her brother-in-law, later identified as 36-year-old Adam Roth, was going crazy and trying to stab her sisters.

Police arrived at the scene near Oak Grove Lane and Green Country Road and found two women outside covered in blood.

The complaint says Roth was found inside the home with a large knife. Roth's wife, Dominique Roth, 34, and her sister, Deidre Popanda, 26, were found injured inside the home and died from their injuries.

One of the women outside, Roth's sister-in-law, said Adam had been acting strange and talking about "weird stuff." She said he'd left the house without telling anyone where he was going, and when he returned he began stabbing everyone in the residence with a serrated kitchen knife. She said she was able to get her 9-year-old son safely out of the home, and he ran to the neighbor's house for help.

Another victim, Roth's mother-in-law, told investigators that Roth had been acting obsessive about the coronavirus for the last several weeks.

While being taken into custody, Roth told officers, "The coronavirus was going to get them, so I had to kill them," and "This is what happens when you take too many illicit drugs." The complaint says he told police he killed his wife, his dog and "tried to get the kid."

Roth told detectives, "It was coming, so I had to save them," regarding the coronavirus.

He faces the following charges:

Roth is due in court for a preliminary hearing on April 17.

WAUKESHA, Wis. (CBS 58) -- Four women were found stabbed at a home on Oak Grove Lane in the Town of Waukesha Tuesday evening, March 10.

Angelo Lafratta says he was shocked to learn the names. He says he went to high school with Desirae.

Lafratta had no idea he lived in the same neighborhood, but drove by the home to say a prayer for the family.

"You know, everybody I think lived there and you know, it's definitely, definitely not right," he said.

Neighbors say they knew something serious was happening after hearing sirens and seeing a Flight for Life helicopter in their quiet neighborhood.

"You don't hear about this, you know, in the town of Waukesha," said neighbor Rochelle Gamauf.

"I was shocked, just shocked," said Susie Cpcar, a neighbor. "I wanted to say some prayers."

"We live in a really quiet neighborhood, so it was very scary," said another neighbor, Bella Anzivino.

At 6:45 p.m., the Waukesha County Sheriff’s Office said they received a call about a domestic disturbance at the home.

"We had a lot of dead air in the call and a lot of remarks that led us to believe there may be a stabbing in progress," Sheriff Severson said.

Some neighbors say they saw one of the women stabbed hiding outside the home. Deputies arrested a man on scene, neighbors say he was yelling.

"I just kind of want to know the motive because it’s very concerning especially to me and my neighbors as well,” Anzivino said.

The sheriff’s office has not released the name of the suspect yet.

Two other women, ages 36 and 62, were also stabbed and transported to area hospitals for treatment.

Investigators remained at the scene all night.

A neighbor told CBS 58 she saw a woman hiding outside with stab wounds and a man chasing after her. Another neighbor said a young boy lives in the house.

WAUKESHA, Wis. (CBS 58) -- Two people were killed and two injured in a stabbing near Oak Grove and Green Country Road in the town of Waukesha Tuesday, March 10.

According to the Sheriff's Office, four victims were stabbed at the residence. Two victims were pronounced deceased, and two injured victims were taken to a local hospital.

Authorities say a male suspect was taken into custody at the scene, and there is no ongoing threat to the community.

Contributions to this story also made by: Cearron Bagenda
Share this article: