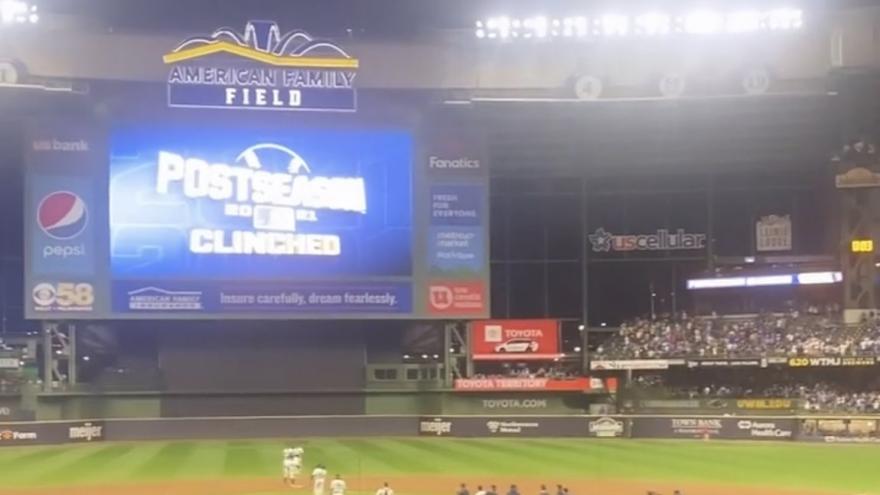 MILWAUKEE (CBS 58/AP) -- The Milwaukee Brewers clinched a spot in the playoffs after a 6-4 win over the Chicago Cubs Saturday night, Sept. 18.

The Brewers clinch a spot in the playoffs for a franchise-record fourth straight season! pic.twitter.com/i5WlaguuJG

For the 4th-straight season, the Milwaukee Brewers are headed to the playoffs!#ThisIsMyCrewpic.twitter.com/zYlXcEtZ48

For the 4th straight year, the @Brewers are in the postseason! #CLINCHEDpic.twitter.com/inQjH6NTqZ

The Brewers won for the seventh time in nine games to ensure themselves at least a wild card after San Diego and Cincinnati lost earlier in the day. Milwaukee’s magic number to lock up the NL Central title is three over St. Louis.

NL Cy Young Award contender Corbin Burnes was shaky by his standards in his first start since throwing eight innings in a combined no-hitter a week ago.

For the fourth straight season the #Brewers are #BuiltForOctober. Team store is already loaded with playoff merch. pic.twitter.com/rTceLzii7X