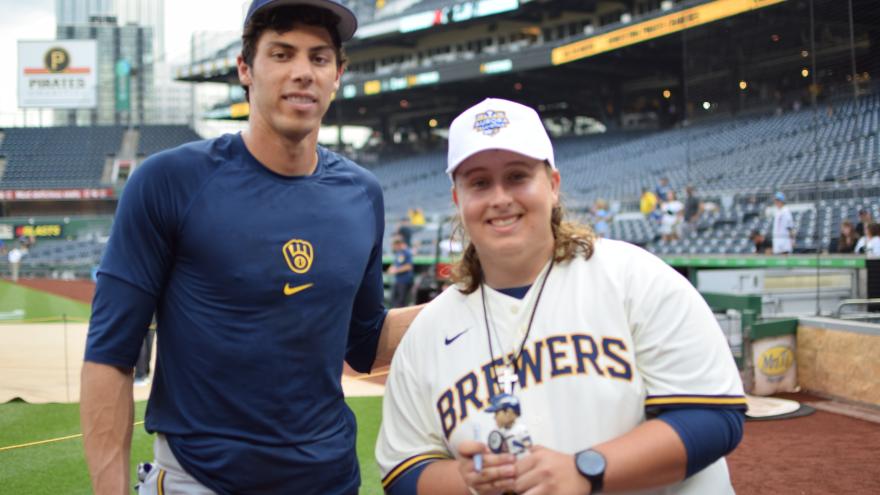 WAUKESHA, Wis. (CBS 58) -- The Brewers had a special guest at their away game Tuesday night, Aug. 2.

Pudleiner, who is an avid baseball player and fan, got autographs from several players and General Manager Craig Counsell, while also getting to throw a baseball with the GM.

He was hurt while marching in the Waukesha Christmas parade in November of last year.

The teen says baseball has helped him in his recovery.