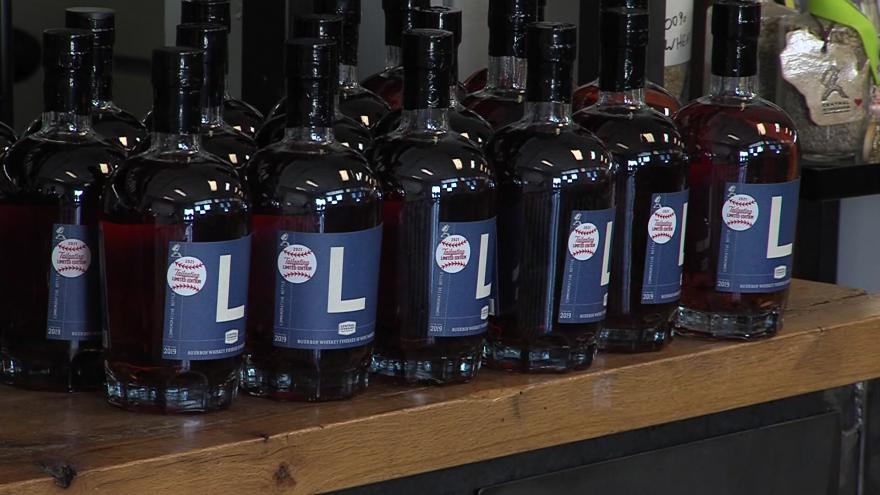 MILWAUKEE (CBS 58) -- A local distillery is celebrating the return of tailgating to Brewers games.

At the same time, it may be taking a gentle poke at the visiting team at AmFam Field Monday night, April 12.

People could drive into the parking lot at 23rd and Clybourn, where they saw bourbon barrels instead of traffic cones.

Eighty-one bottles of the commemorative bourbon were placed on sale -- one for each Brewers home game in 2021.

"Well it feels like the sun is coming out, the weather is getting warmer, people are getting their vaccinations and it feels like things are starting to return a little bit back to normal, and we just want to be a small part of that, for everyone to raise a glass and have a cheers and celebrate with everyone together," said Jim Kanter of Central Standard.

Central Standard created the L Flag bourbon two years ago, after Chicago Cubs executives refused to sell them the flag with the letter "L" that the team flies after they lose games.

The first special bottling sold out in minutes.

Of course, the timing of this sale may not be a coincidence, since the Cubs are playing the Brewers Monday night.