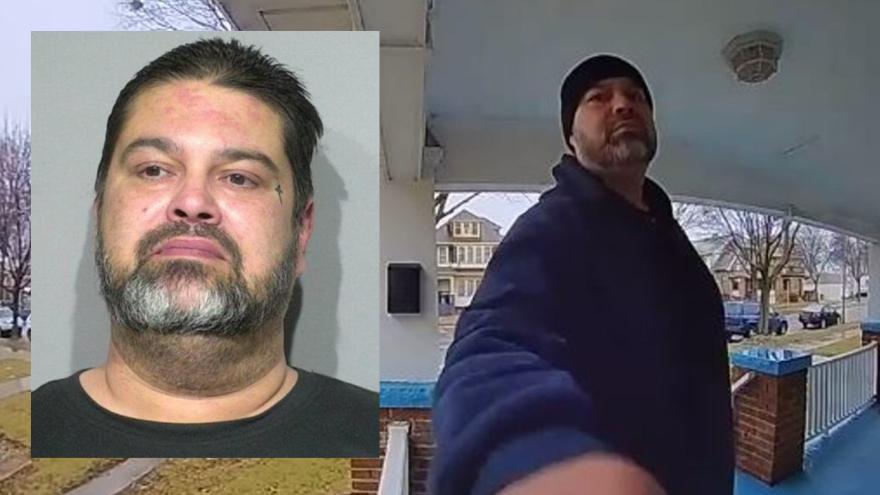 MILWAUKEE (CBS 58) -- A man captured on surveillance video opening fire on a Milwaukee home in broad daylight, has been formally charged.

Harold Gierbolini, 46, is charged with four counts of first degree recklessly endangering safety, use of a dangerous weapon, and possession of a firearm by a felon.

The incident happened on Monday, Jan. 16. Doorbell footage captured a man walking up to a home near 17th and Capitol; he is seen ringing the doorbell, walking away and turning around and shooting at the home.

According to a criminal complaint, an off-duty Wauwatosa police officer witnessed the shooting and identified the vehicle the suspect was driving -- a red Kia Sorento.

Investigators said a woman was inside the home at the time of the shooting, along with her child and two grandchildren. She told officials she and the children were in the upper part of the home when she heard gunshots.

Authorities located seven spent 9mm casings outside the home. All seven bullets penetrated the exterior of the home: six into a bedroom and one into the living room.

On Jan. 20, a traffic stop was conducted on the Kia Sorento. Officials took Gierbolini into custody.

According to the criminal complaint, Gierbolini admitted he was the person firing shots on the doorbell surveillance video.