As expected, the band of light snow has had to battle some dry air this afternoon and has weakened. However, it's still producing slick spots in parts of south central Wisconsin. A few slick spots are possible in SE WI as this band starts reaching the ground over the next few hours. 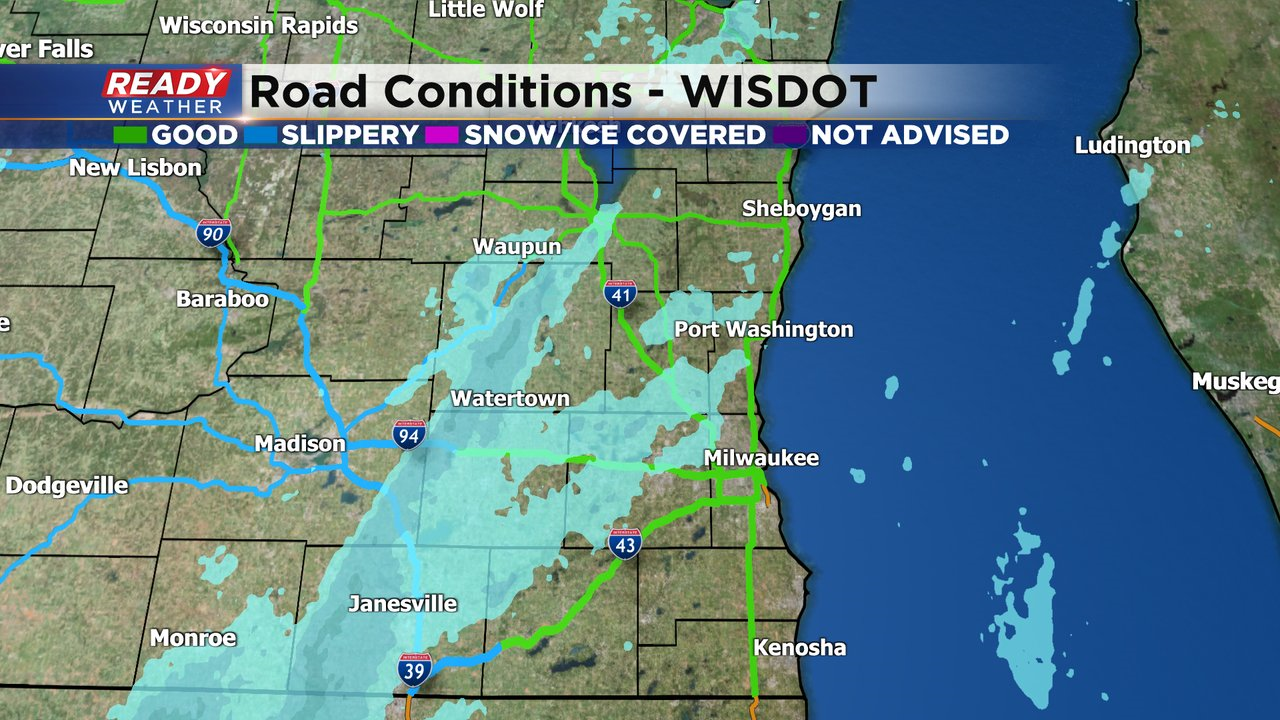 Still in line for a quick burst of snow moving through late in the day on Sunday but out of here by mid evening hours.  Don't look for more than a half an inch.  The snow chance looks less impressive on Tuesday.  And there's still the chance on Saturday.  The big story this week will be another blast of cold air coming by Thursday. 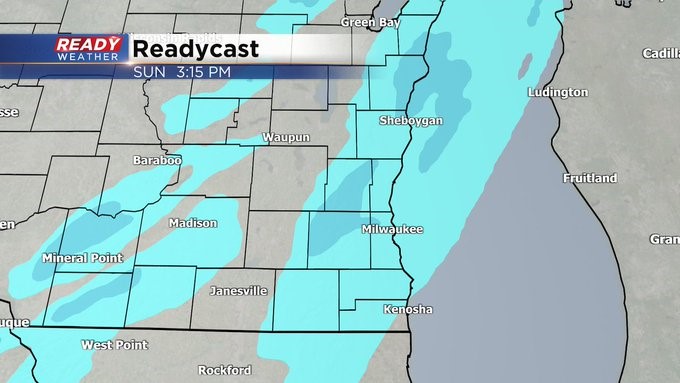 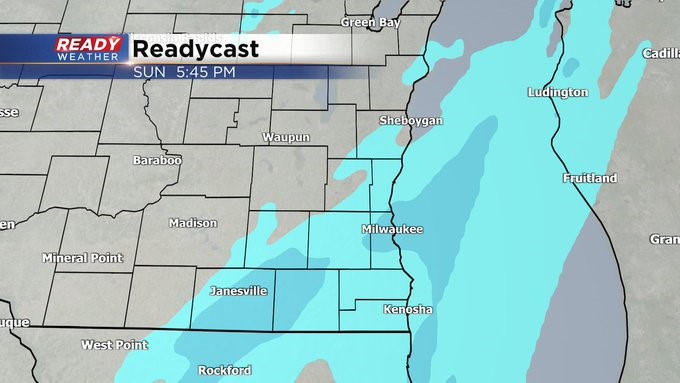 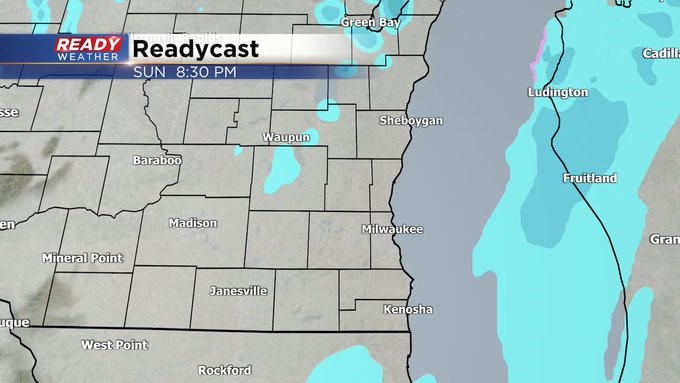 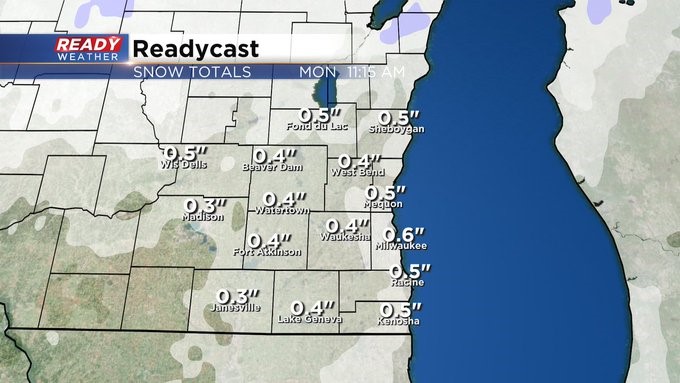 The lake effect snow was a bit more persistent north of Milwaukee on Saturday with 3" of fluffy snow reported in Plymouth while only 0.1" accumulated in Milwaukee. 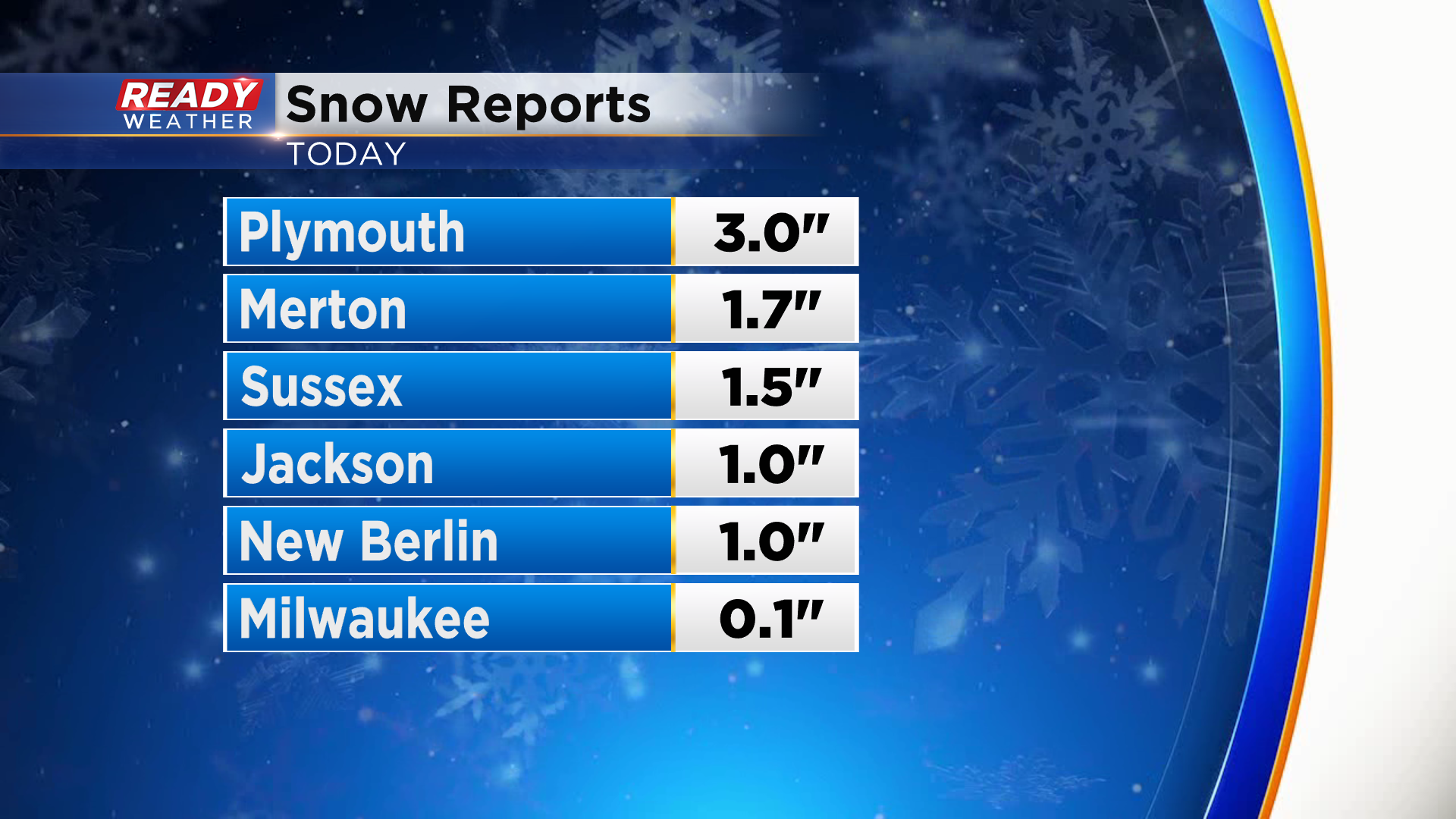 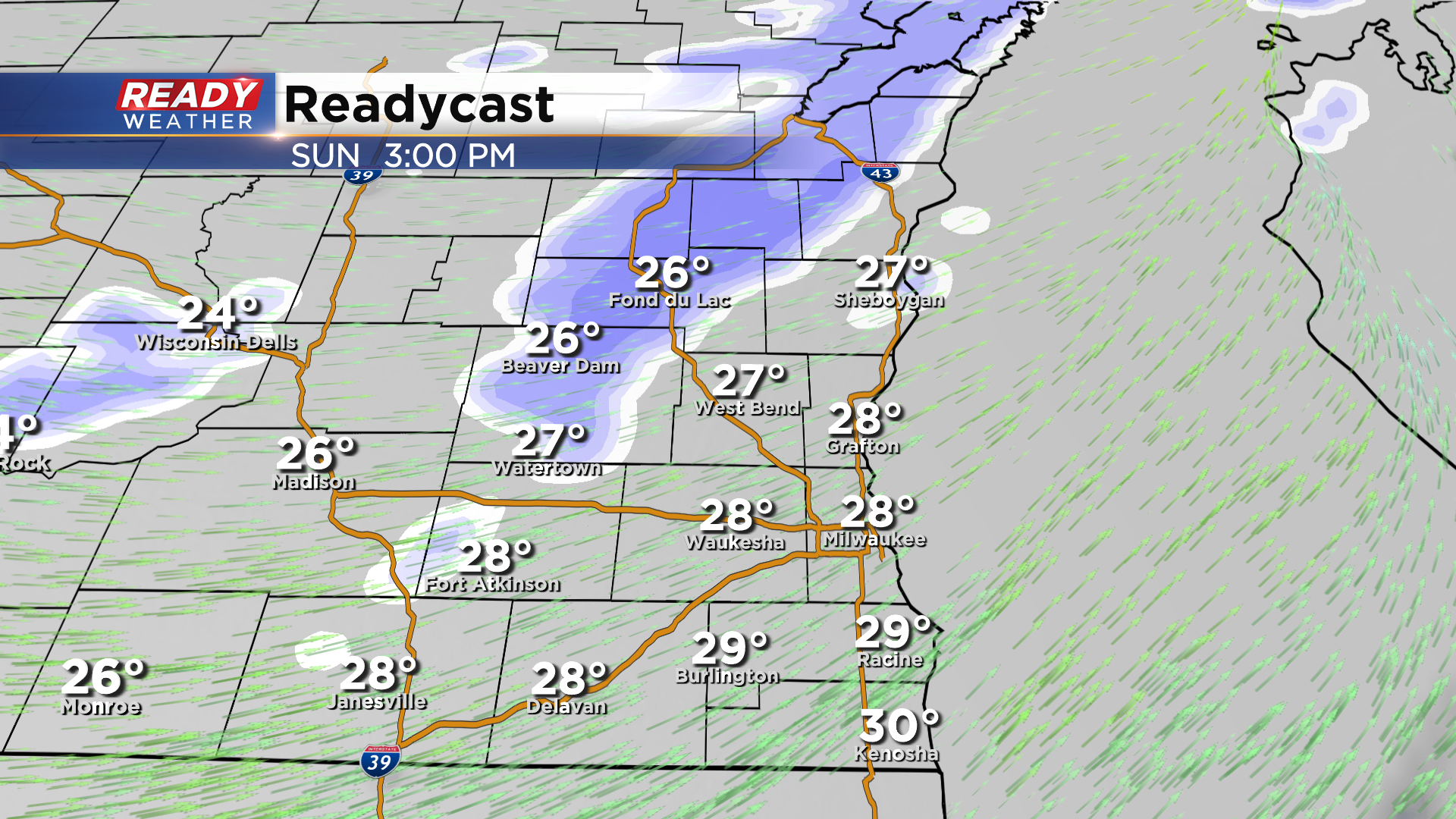 Snow looks to exit far southeast Wisconsin by mid evening for most, lingering the longest in far SE WI. 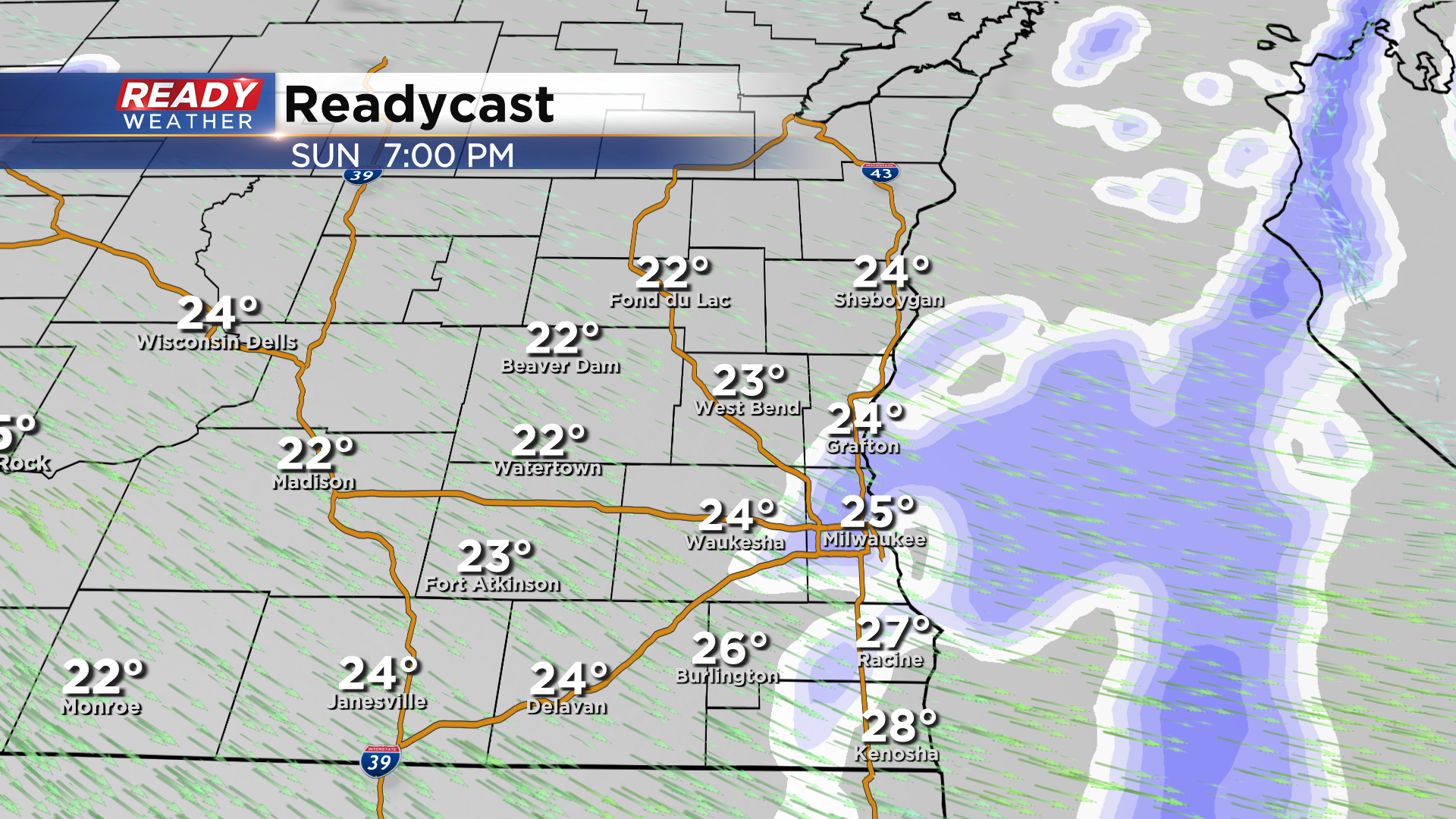 A dusting to a half inch of fluffy snow is possible with this system. 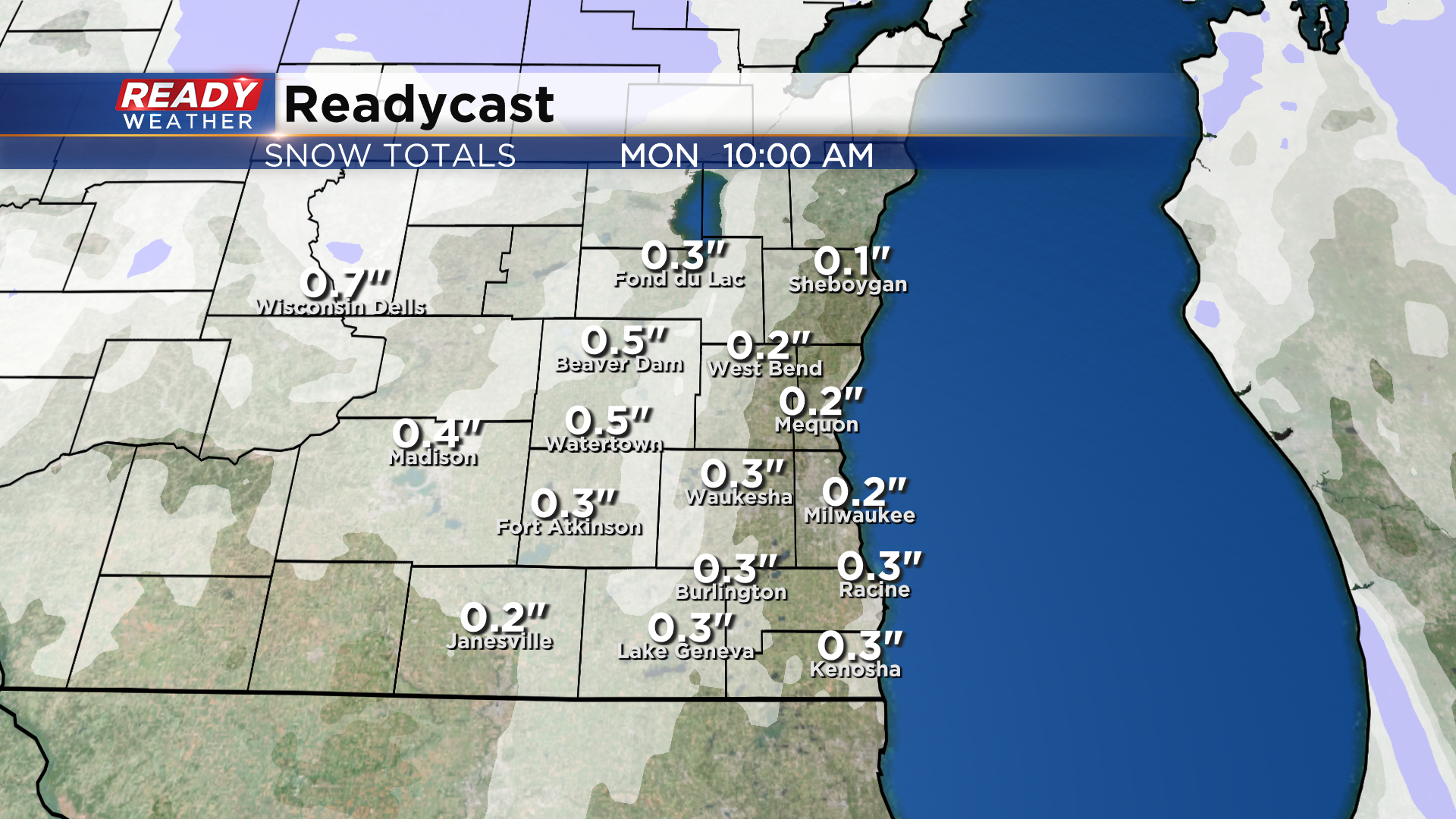 Quiet weather and some sunshine will return on Monday before the next low pressure system takes aim at the Upper Midwest. This system looks to track across northern Wisconsin and the UP, keeping nearly all of the accumulating snow well to our north. A few snow showers may clip Fond du Lac and Sheboygan counties in the afternoon, but little to no impact is expected. 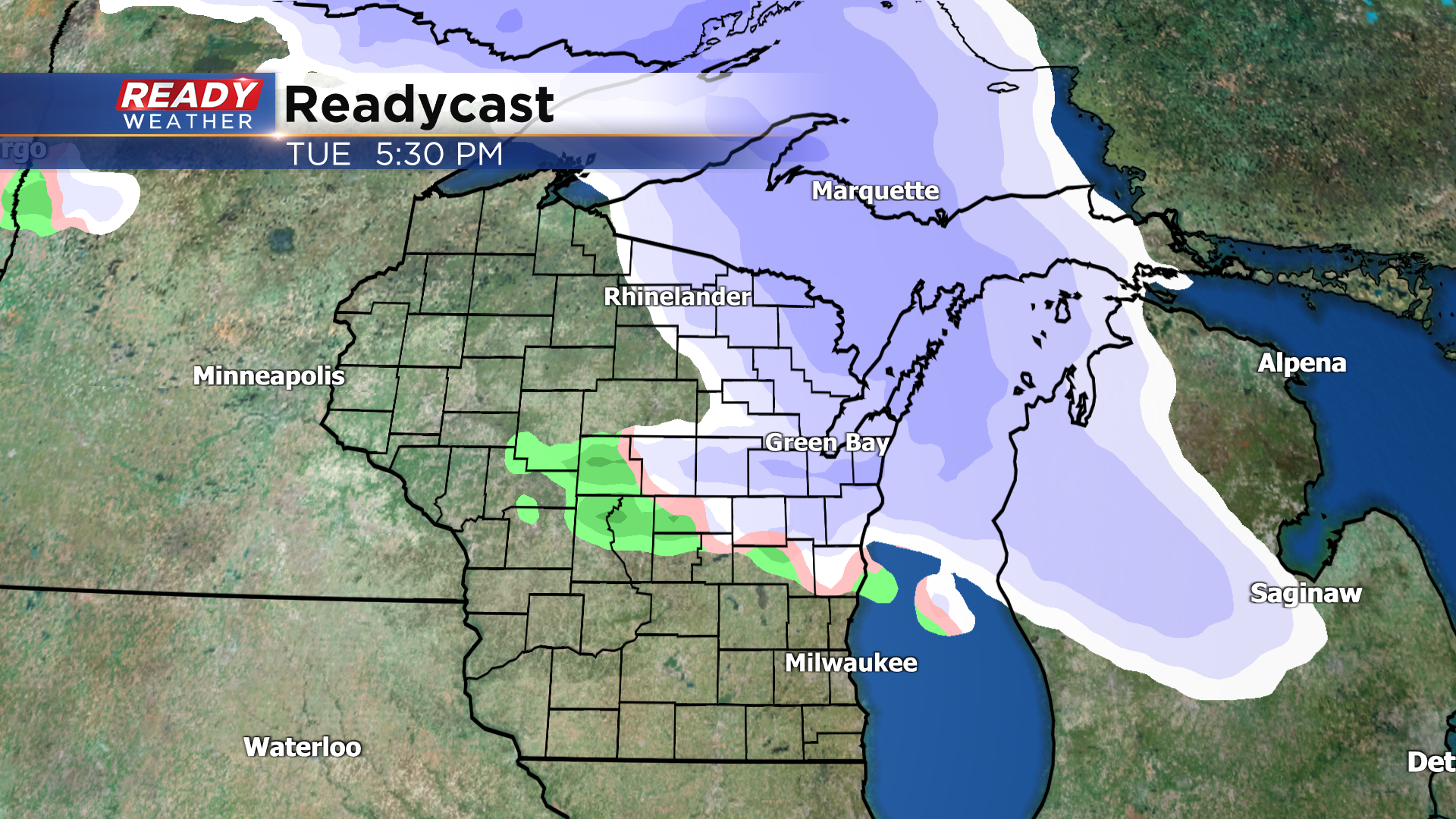 A few additional rain/snow showers are possible Tuesday night with a strong cold front that will drop temps from the 20s and 30s into the teens for most on Wednesday and Thursday. Wednesday's high in the 20s will be early in the morning. 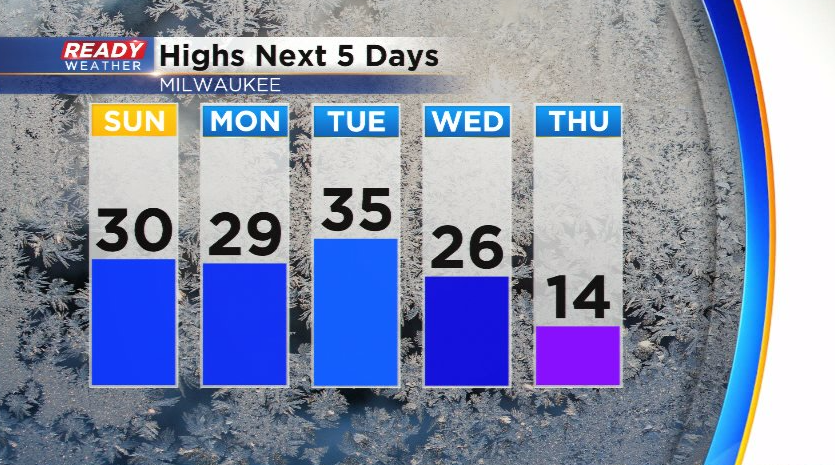