MILWAUKEE (CBS 58) -- It's been a little more than a month since a woman was killed during an attempted robbery. Now, her twin sister is pleading for someone to come forward and help solve the case.

This year, Amy Her spent her first birthday without her twin sister, Jenny. They were supposed to turn 25 together.

"Last year, we did a photoshoot for our birthday and we were going to do another photoshoot this year," Amy said.

Now, Amy's other half is gone.

"Usually when we wake up every day we call each other," said Amy. "Now every day when you wake up, you look at your phone and you know you're not going to hear from her anymore. It's the daily reminder that she's not here with us, I really lost her. Everybody has that person, their go-to person who is in their corner. She was my person, she was my peace. When I lost her, I feel like I lost everything."

Dec. 11, 2021, Jenny Her was shot when she and her boyfriend confronted two men who police believe were trying to rob them. It happened near 41st and Lancaster. Video shows the suspect vehicle leaving the scene. 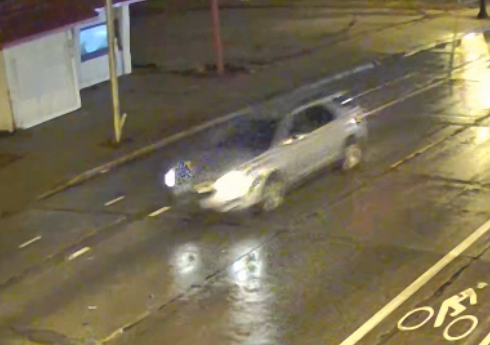 Amy lives right around the corner, and said it happened around 5:45 a.m. She woke up and didn't know why.

A short time later, Jenny's boyfriend pulled up with her dying sister in the car, who was also six months pregnant.

Now, as Amy lives with the guilt that they spent her twin sister's last moments apart, she is counting on you to help get justice.

"My main thing is getting them off the streets. Losing both of them has caused so much pain, I never want another family or person to feel what I have felt. They took a beautiful, golden heart," Amy said.

If you know anything about the shooting that killed 24-year-old Jenny Her, call Milwaukee Crime Stoppers at 414-224-TIPS. Remember, your call is always anonymous and if your tip leads to an arrest, you could get a cash reward.