Jake T. Patterson is facing two charges of first-degree intentional homicide, one count of kidnapping and one count of armed burglary.

According to court documents, a deputy with the Barron County Sheriff’s Department responded to the Closs home on October 15 and found James Closs shot dead near the front door.

Denise Closs was then found shot dead in a bathtub.

Court documents state Patterson was located after Jayme Closs escaped Patterson's Gordon home and provided information on his car to authorities. Authorities say once police pulled Patterson over, he listened to officers instructions and got out of the car.

Patterson told police, “I did it.”

According to the criminal complaint, Jayme Closs told investigators she was asleep in her bedroom when her dog started barking on October 15. She got up to see why and noticed someone was in their driveway. Closs says she woke up her parents and her dad went to the door to see what was going on.

Jayme says the man was holding a gun so she hid in the bathroom with her mother.

Jayme told investigators she then heard a gunshot and knew her dad had been killed. Jayme says her mom had her cell phone with her and used the phone to call 911. 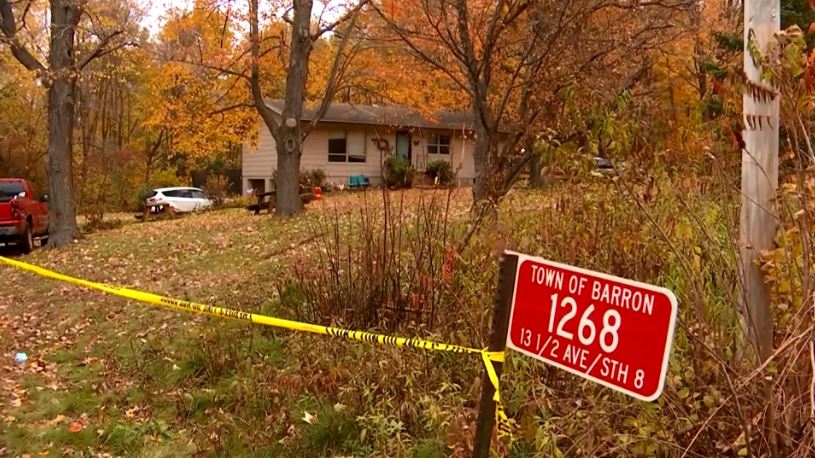 The first time Jayme saw Patterson was in the bathroom, she said. Patterson was wearing all black including a face mask, hat and gloves.

Jayme says Patterson taped her hands and ankles together and dragged her out to his car. He put her in the trunk and as they were driving, Jayme says she heard police sirens.

According to court documents, Jayme says she thought she was in the trunk of the car for about two hours before they arrived at a house that Patterson took her into.

Once inside, Patterson had Jayme sit in the hallway where he removed the tape and told her to take off her clothes. Jayme says Patterson said something about not having evidence and that’s why she had to undress.

Jayme says Patterson would have friends or family over when she was at the house. She says Patterson told her nobody could know she was there or else bad things would happen to her.

To hide Jayme, Patterson made her go under his bed, according to the criminal complaint. While she was under his bed, Jayme says Patterson would stack totes and laundry bins around the bed with weights so she could not move them.

One time, Jayme says she accidentally moved one of the totes and Patterson said something bad would happen to her if she did it again.

Jayme stated Patterson would turn music on in his room so she couldn’t hear what was happening if there was anyone else in the home.

Patterson would make Jayme stay under the bed while he left the house. On one occasion, Jayme says Patterson got mad and hit her “really hard” on her back.

On January 10, Jayme says Patterson said he would be gone for five or six hours. Once he left the house, Jayme says she was able to push the weights and bins away from the bed and crawl out.

That’s when she put on his shoes and left the house looking for help.

After his arrest, in an interview with police, Patterson admitted to killing James and Denise and kidnapping Jayme. He says he spotted Jayme get on a school bus. He did not know who she was or where she lived but he told police he knew she was the girl he was going to take.

Patterson tells authorities he drove to the Closs home twice with the intent to kidnap Jayme prior to October 15. Several days after quitting his job at a cheese factory, he came up with a plan to kidnap Jayme.

According to the criminal complaint, Patterson says he stole license plates off of another car because he didn't want to get stopped or spotted with his license plates on his car. He also went to Walmart in Rice Lake to buy a mask.

Before he went to the Closs home on October 15, Patterson tells authorities he put the stolen license plates on his car, disconnected and removed the dome light, removed the trunk light and the "kidnapping cord" in the trunk.

Patterson tells authorities he also took his dad's shotgun before leaving his house. He says he did research and thought the 12 gauge shotgun would inflict the most damage on someone and would be the best weapon to kill a person. Before entering the Closs home, he also wiped down and cleaned the shotgun while wearing gloves to make sure there would be no fingerprints or DNA on the shotgun.

Patterson also says he shaved his face and head hair off and showered before leaving home. He said he did this so no DNA or hair would be left at the scene. 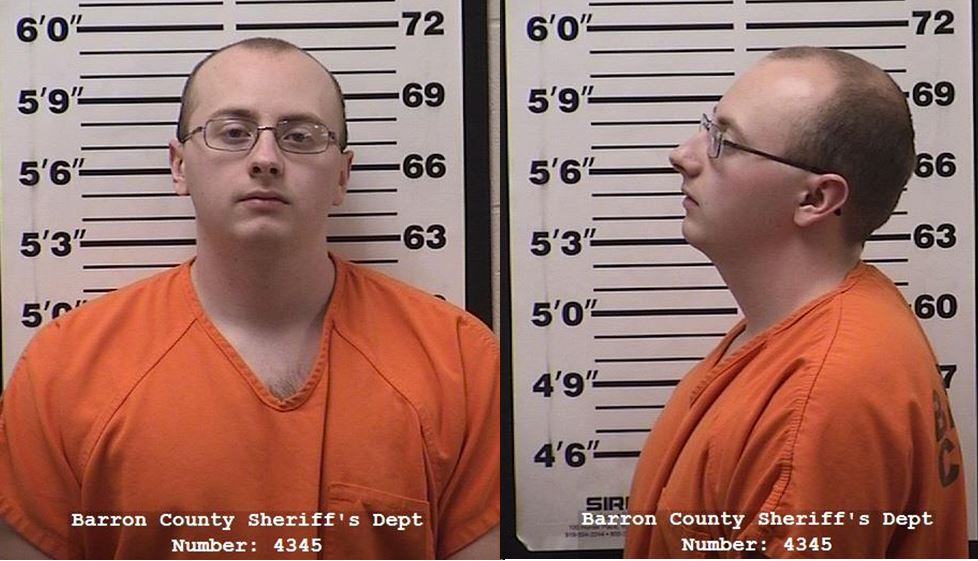 According to Patterson, he saw James collapse. He then tried to use his shoulder to break the door open but was unable to do so. Patterson then shot the doorknob and was able to get inside the home.

He then saw a closed door and once he realized it was locked and barricaded, he tried to kick it in. Patterson says it took him 10 to 15 hits to open the bathroom door. That's when he reached up and grabbed the shower curtain and ripped it off the rod. That's where he saw Denise and Jayme sitting in the bathtub with Denise's arms wrapped around her daughter.

Patterson says he told Denise to tape Jayme's mouth but she struggled to do so. Patterson then taped Jayme's mouth, wrists and ankles. He then removed Jayme from the bathtub and shot Denise.

He told police once he got Jayme in the trunk of his car and started driving, three squad cars passed him with their emergency lights and sirens on.

Patterson told authorities he was determined to take Jayme that night and was going to kill anyone in the house because he couldn't leave witnesses behind. He says he had the gun with him in front seat and most likely would have shot at police. Patterson estimates he was only at the Closs home for four minutes total.

Once Patterson got to his home in Gordon and opened up the trunk, Jayme was crying. As Jayme described, Patterson admitted to keeping her under his bed.

Patterson told authorities he thought he had got away with the killings and kidnapping.

Patterson says he never met Jayme on any social media sites and only learned her name after the abduction once he got back to his home in Gordon. He says he thinks he never would have been caught if he would have planned everything perfectly.

The full criminal complaint can be read below: