MILWAUKEE (CBS 58) -- Issues around school funding and political pressure on school boards were at the forefront of discussions as the Wisconsin State Education Convention concluded a week of events on Friday, Jan. 20.

Governor Tony Evers touched on the two topics during a speech at the event's closing session, including outlining proposed spending his administration and the Department of Public Instruction plan for public education in the upcoming biennial state budget.

Happening now: @GovEvers is speaking now at the @WASBWI Education Convention in its closing session. pic.twitter.com/suLieuRCDw

"Together we're proposing an approximate $2 billion investment in our kids, and we have the resource to make that happen, period," Evers said.

The $2 billion proposal would include:

Evers signals his upcoming state budget proposal will make investments in literacy, children’s mental health, teacher retention and an increase in special education reimbursement.
“We have the resources to make this happen. Period,” Evers says. pic.twitter.com/h2BbbKmz16

"We have been in a decade or more of underfunding our schools and we see that through the number of referendum that have to take place, we see that through school boards having to make tough decisions every month at every meeting about what programs can continue, what can't," DPI Superintendent Jill Underly said in an interview after the governor's speech.

Education funding was part of many discussions throughout the week at the convention.

"A big issue is that funding has really lagged in education, and we really need that funding," Shell Lake School Board President Bethany Deneen told CBS 58. "And so we're really talking about ways to advocate for that and help the communities to trust us, to believe that we need that."

The governor's comments were welcomed by other attendees.

"Over the course of the past few years, boards and teachers, administrators and parents and students have all been torn apart because there's been a lot of pressure on local boards, not only in the financing of schools but on any number of issues and decision points," Evers said.

Evers went on to say, "As long as we have kids' best interest at heart, I have no doubt that local folks can and will figure out these issues without the interference from outside special interest groups." 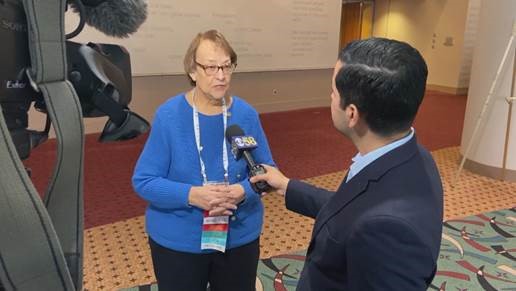 Workshops and presentations on how to grapple with heated school board meetings and other conflicts were part of the convention's programming. Education leaders said those skills and that information is important for local leaders.

"No matter what, we're in this for kids," said Rosanne Hahn of the Burlington Area School District and the new Wisconsin Association of School Boards president. "We have to respect parents and the citizens but number one, school board members do what's best for the kids. My idea is every child, every day, and I think they learned a lot about that this week."

Gov. Evers' full budget proposal will be announced in February.