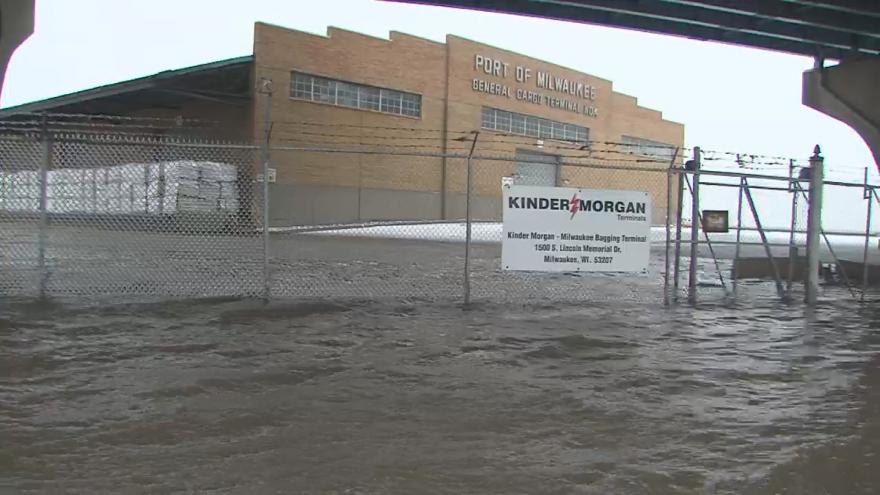 Both locations were evacuated as officials continue to monitor the storm. For now, there are no operations and no public access at either location.

“I would call this a once-in-a-generation weather event," Port of Milwaukee Director Adam Schlicht said. “From today’s winter weather event we’ve seen 60 to 70-percent flooding here on Jones Island, at The Port."

After evacuations, only security and emergency personnel were left behind to keep watch.

“Our first major concern was for the protection of human life – all those people that work here on Jones Island,” he said.

“The warehouses, the terminal facilities, all of the Cargo that we’ve brought into The Port throughout the year, that is stored here during the winter months.”

Port officials are remaining cautious, but hope those facilities are not completely underwater.

They have delayed some winter shipping, hope to reopen The Port as soon as it is safe to do so.

“One of the next steps that we’ll take as soon as the weather event is over, and the flooding recedes, is a careful examination of how much damage we’ve incurred here.”

The Sewage Treatment Plant is also located on Jones Island. But so far it is operating normally, at half its capacity, according to a Milwaukee Metropolitan Sewage District representative.