MILWAUKEE (CBS 58) -- After nearly a decade break, Milwaukee reached the century mark on the first day of summer.

The official high was 100 on June 21. Fast forward to July and we've had more mild days mixed in. 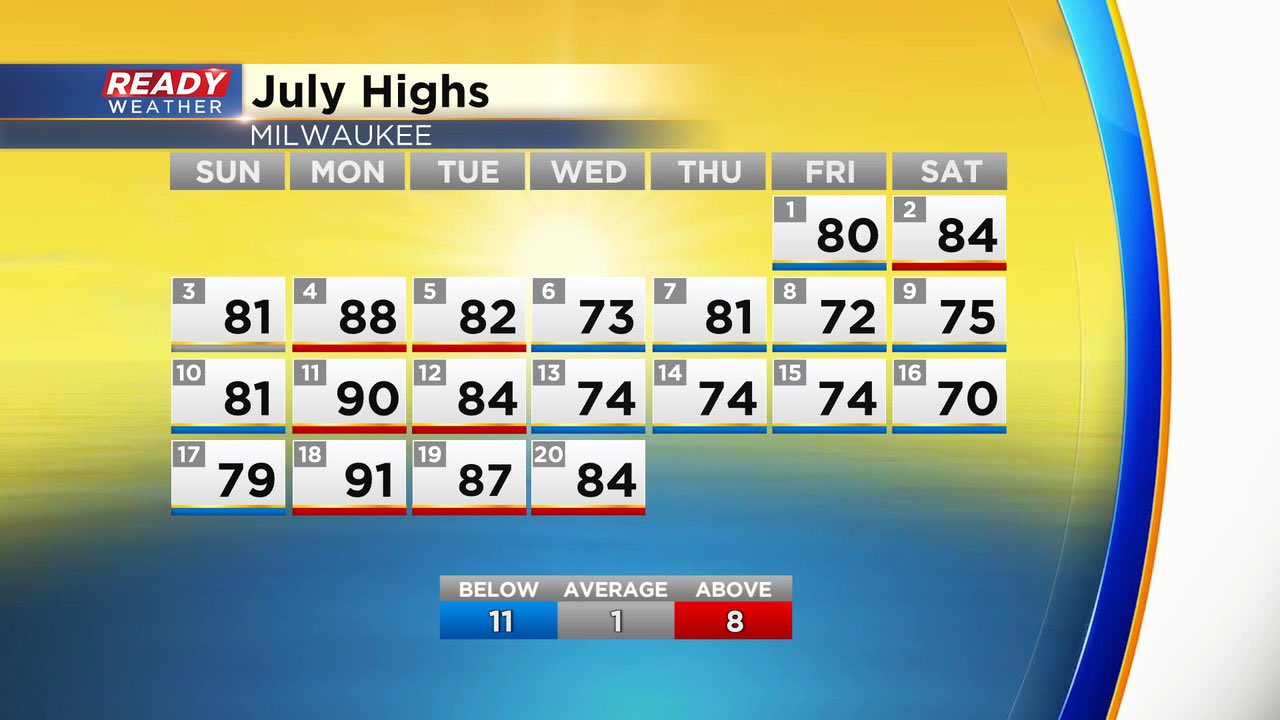 But now we're in the midst of a warmer stretch of 80s and 90s. The last three days have been in the upper 80s to lower 90s and we're looking for another four days of 80+ heat. That would give us a solid week stretch of solid summer warmth.

While that's not record-breaking, it certainly warrants the title of the Dog Days of Summer.

Here's a look at the longest consecutive 80+ heat for Milwaukee. 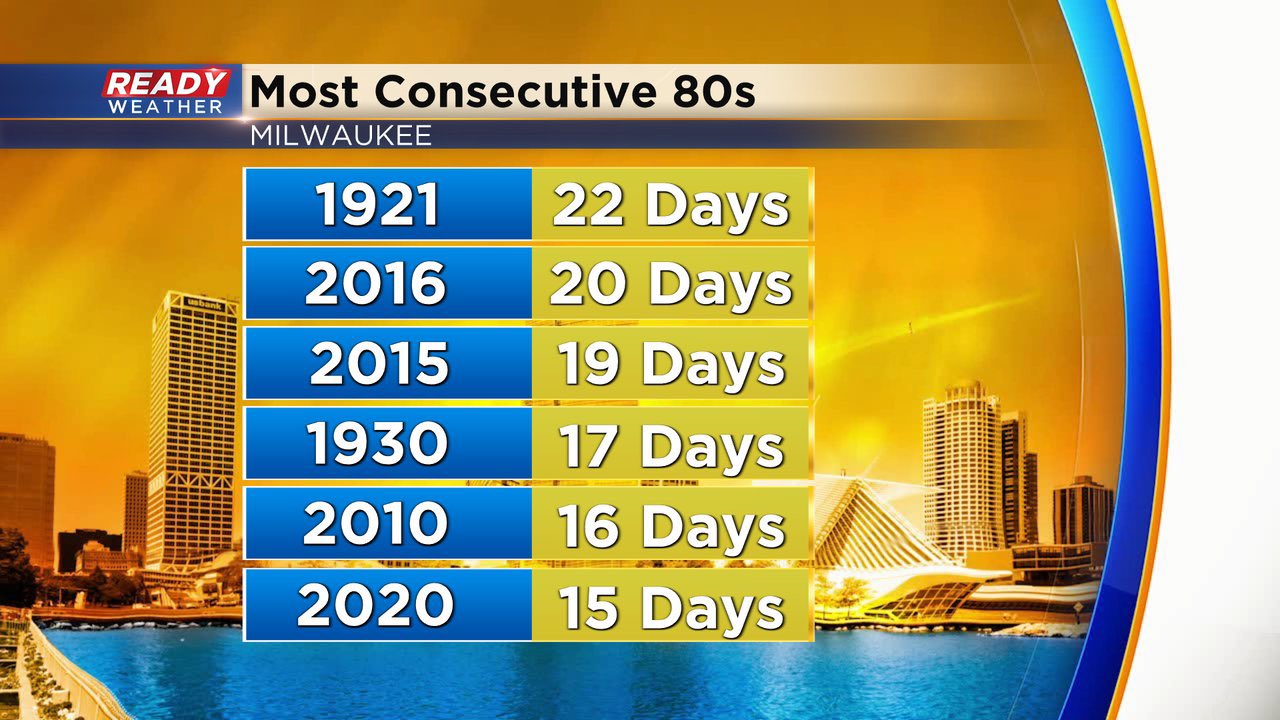 Perhaps this is a telling sign of changing climate conditions as you see four of these years were within the last 12 years. In addition to the hot temps, it will remain relatively humid. But even though we've got the moisture in the air, there's not much rain in the forecast until the weekend.

By later Saturday, a cold front is forecast to sweep through and that will provide us relief from the heat and a decent shot at up to an inch of rainfall. By next week we'll start a tad cooler in the 70s. 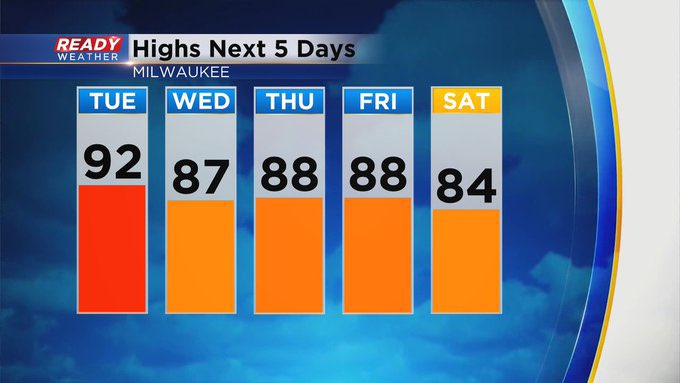