How much will your Thanksgiving turkey cost this holiday season? 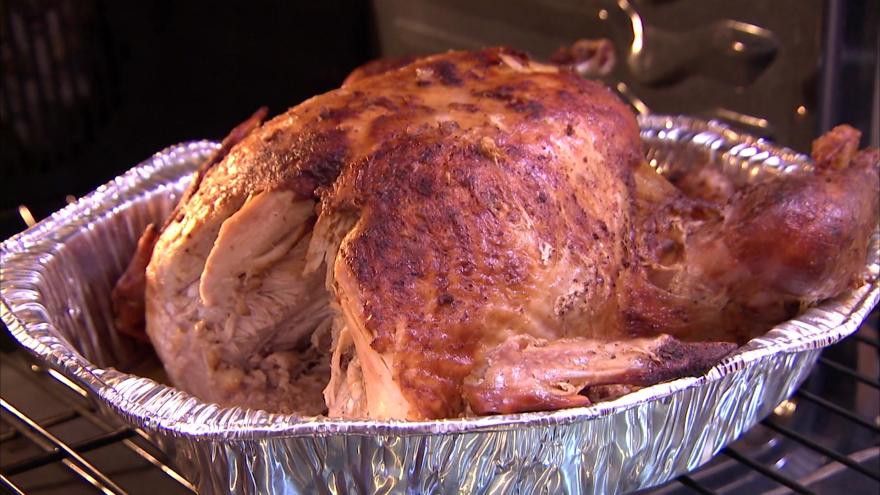 Tower Chicken Farm, Inc. on Milwaukee's south side is getting ready for the Thanksgiving rush. Numbers released today are right in line with what they are doing here.

The numbers are out. The American Farm Bureau estimates the country as a whole will pay 18.3 percent more for their turkey dinner, but those same items will cost far less in Wisconsin and here is why.

"Pork and turkey are both raised in or near Wisconsin and when we are able to cut that transportation cost, that really reduces that input price that goes into the price you see reflected at the grocery store," said Cassie Sonnentag, Wisconsin Farm Bureau media relations director.

The Wisconsin Farm Bureau's annual Marketbasket survey puts this year's Thanksgiving feast at $74.54 for a family of ten. That is up four percent -- way better than the 18 elsewhere.

"Price of fertilizer, price of fuel, those things have doubled and tripled in the past year and all of that impacts all of agriculture," said Sonnentag.

Tower Chicken on Milwaukee's south side will sell a thousand fresh turkeys before Nov. 24, but it's not a money-making year for the middleman, because they are trying to keep costs down for the consumer.

"When I was scurrying around trying to find 20 to 26 turkeys the price just escalated," said Schmidt.

Greg Schmidt is paying more to get the turkeys here, than selling them for $2.95 a pound, just five percent more than last year.

"I mean I'm doing the best I can," said Schmidt. "I'm a small business trying to make, trying to make everybody happy on their turkey day."

To keep costs down, economists say you may want to wait a few more days, when in-store promotions for turkeys kick in.

While the U.S. Department of Agriculture estimates Americans will get their hands on 212 million Thanksgiving turkeys this year, the bird flu is limiting the number of larger turkeys.

"They had a big killoff back in August and they just weren't able to recoup so I should be okay with the 20-25's, but I have only a limited number of those," said Schmidt.

Traditionally, the line extends far beyond the door, even before doors open at 8am Monday. So, be sure you get out here nice and early if you are looking for a big turkey this year.