Right now, the area is nothing but covered concrete. But on Saturday morning, it will be filled with gallons of water to create a free attraction for everyone.

What used to be a beer garden outside Kegel’s Inn will soon be filled with ice.

“This is not uncommon for Milwaukee, especially the Milwaukee County parks, to put up ice rinks. But this’ll be the first time it’s actually in the middle of a road," said owner, Julian Kegel.

Kegel told CBS 58 the idea came to him in a dream, a street takeover of sorts, for everyone to enjoy.

“It’s nice to have free attractions," said Wauwatosa mom, Zoe Hastert. She thinks it will be great for families.

“We have a lot of families that are friends with us with kids of multiple ages, and I could see larger groups coming here," Hastert added.

The anticipation is there.

“Very innovative, exciting," said Laverne Schmidt, who was dining in the restaurant.

But not everyone will take the ice.

“I think it’s going to be a lot of fun. I’m not skating, but I’ll come out and watch them," Milwaukee resident Stan Andrie said.

West Allis leaders approved the rink last month. After it’s filled with water, Kegel expects the 35-by-75 foot space to take up to 10 days to freeze.

Then it’ll be open skate to the public, with a dedication during West Allis Winter Week.

“There’s so many good things that happen around the city and we forget sometimes that West Allis is like right in the heart of it all," Kegel said.

Most days will be open skate, but Kegel said there will be designated days for hockey and broomball.

General hours will be from 11 a.m. to 9 p.m., but people can use the rink whenever as long as they are respectful of the space. 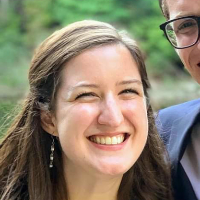 Jdenice85 52 days ago
“people can use the rink whenever as long as they are respectful of the space”... spoken with complete ignorance and obvious lack of business experience. Good luck with the coming lawsuits!
Really.... and the idea came in a dream? Am I the only one seeing through the fake mask and, frankly, creepiness of this man? Enough already....
Like Reply Delete