KENOSHA, Wis. (CBS 58) -- Officials are seeking a person of interest after a Kenosha woman was found dead in her home Tuesday afternoon, Sept. 7.

Police say they were called to check on the woman's welfare after she did not report to work after the Labor Day weekend.

Officers located the woman deceased around noon Tuesday at a home near 75th Street and 29th Avenue.

#Breaking#Kenosha Woman found dead in her home. Neighbors say she was sweet and often walked her dog on the block here More tonight ⁦@CBS58⁩ pic.twitter.com/8LPsI8IUC5

Kenosha police are calling the death suspicious. They say the woman's firearm and vehicle are missing.

Roberto Andino has been named as a person of interest. He's described as 5'9" tall and about 240 pounds. Police say Andino is wanted on an unrelated warrant.

The missing vehicle police believe Andino may be driving is described as a 2021 black Kia Sportage with the Wisconsin registration 753-YZC. 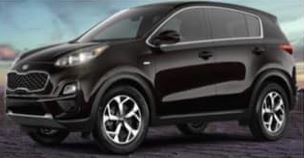 Anyone with information regarding Andino's whereabouts is asked to call 911 immediately. Do not approach Robert Andino or try to apprehend him yourself.

Neighbors say the woman's name is Janine Sznitko. They say she was an accountant who loved to play video games on her PS4 and loved her dog and cat.

Neighbors say they hadn't seen Janine since Saturday and that was unusual.

"Cause she always walked her dog down our block, faithfully -- like two, three times, four times a day," said one woman who lives on the block.

"Everybody's devastated, like literally devastated. I mean it happens everywhere, but to have it happening right here, it's kind of scary," said a neighbor.

Neighbors claim they saw the two together at least once, but say Janine didn't want him in her life and recently reached out to police for help.

"It's weird and it's kind of scary because I'm not used to anything crazy happening in our neighborhood like that," said Taft.

Neighbors say Janine's blinds were closed all weekend, which was also unusual.

Last night after not seeing her for two days, there was a short time when neighbors heard loud music blaring from inside the home.