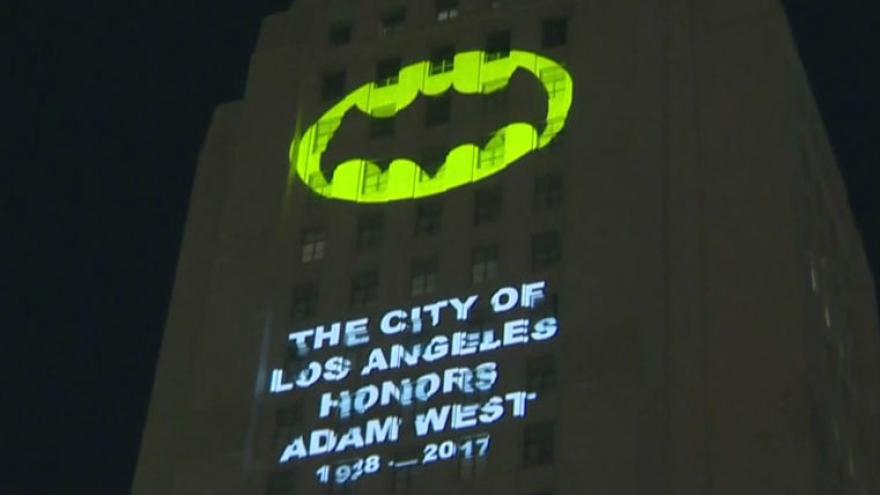 The late actor Adam West was honored by Los Angeles with a ceremonial lighting of the Bat-signal from City Hall.

The actor played his premiere role as millionaire Bruce Wayne and superhero Batman in the 1960s television series.

The Bat-signal was used in the show when the fictitious Gotham City Police Department needed to summon the superhero.

According to an announcement from DC Comics, Los Angeles Mayor Eric Garcetti and Police Chief Charlie Beck joined "Bat-guests" to light the Bat-signal in tribute to West's portrayal of the "Bright Knight" on Thursday night.

The West family encouraged fans who are unable to attend the ceremony to make a donation to either the Adam West Memorial Fund for St. Jude Children's Research Hospital or Camp Rainbow Gold.