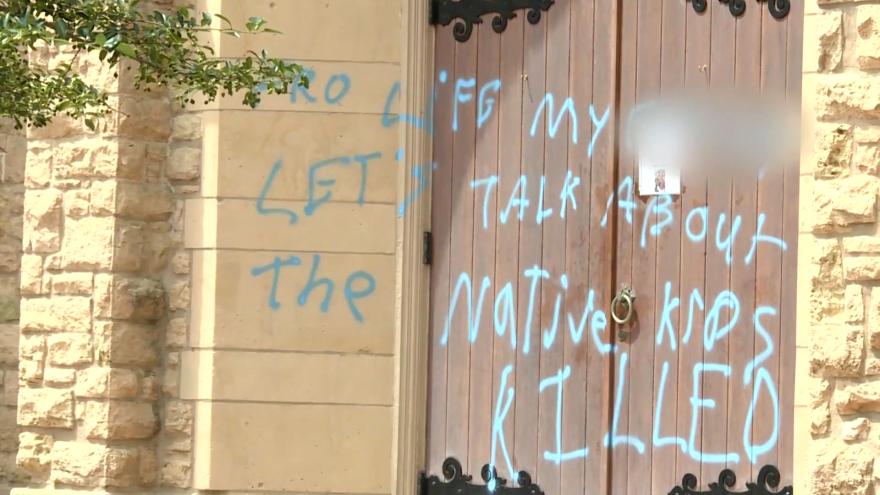 MADISON, Wis. (CBS 58) -- Madison police are investigating an incident after someone vandalized a church.

The message contains profanity and criticizes the church's stance on abortion.

It also accuses the church of being responsible for the deaths of Native American children.