Man escapes house fire by jumping out window; his dog did not survive

NOW: Man escapes house fire by jumping out window; his dog did not survive

Crews were at the home Tuesday afternoon boarding up the home.

Neighbors say it was a driver who spotted the flames and began banging on the window.

“I first heard screaming, asking if everyone was out of the house,” says Deb Barnes who lives next door.

It was around 10 p.m. Monday night when neighbors say they saw the flames engulfing a home on 16th and Green Bay Road.

“I opened up the bedroom window and all I saw were flames coming from the back window,” explains Barnes.

That fire was coming from her neighbor's home. One man was inside at the time and managed to escape by jumping out a window.

“Someone who had noticed the flames from Highway 31, thinking it was the back of our apartment, came pounding on the window,” says Charlie Standiford, who lives in the neighboring apartment building.

South Shore Fire Department says once on scene, they found a heavy fire in the back of the home.

“The origin of the fire would be what I call the back breezeway here, attached to the kitchen and living room area,” says Division Chief Ed Lockhart. “The resident was able to escape through his bedroom window out the side of the home.”

The extreme heat melted some of the siding on a neighboring house,and the homeowner feared the worst.

That’s how long Barnes and her husband have lived in their home for, and feared losing it to the fire.

Unfortunately, the man’s dog did not survive the fire and died of smoke inhalation. The homeowner was taken to the hospital where he’s being treated.

While officials says their investigation found smoke detectors, they were too chard to tell if they were working. 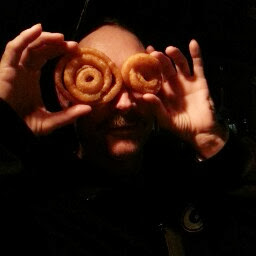 Rodney 166 days ago
Kevin has been hit hard as of late :
He lost his job over a month ago.
He lost his dog which was probably his best friend .Life has also thrown other trials his way .He is near rock bottom and needs a huge boost. Please pray for him.
Ftom a concerned neighbor

'What will we do?' Small businesses closing over coronavirus worry about impact