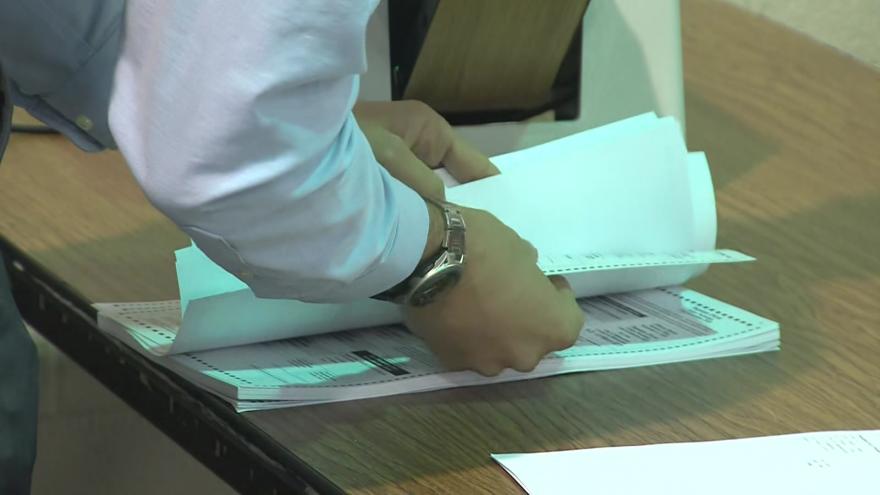 MILWAUKEE (CBS 58) -- At one point Saturday, there were objections to every single ballot cast in multiple Milwaukee city wards.

It was that kind of day for the Milwaukee Elections Commission, as their conversations with Trump observers and Republicans grew increasingly hostile.

This all came as hundreds of Trump supporters went to Mayfair mall Saturday to support a president they think should remain in office for another term.

“We’re here to support our president because we believe he actually won the election,” supporter Karen Alexander said.

Trump observers at the Milwaukee County recount raised objections throughout the day, citing concerns from not being able to hear well enough to the speed of the ballot counting.

“In their opinion, the counting is going too fast,” one supporter summarized.

Election workers and Biden observers often did not share the same concerns.

Trump observers have asked for indefinitely confined voter ballots  and ballots with any alterations made by the elections commission to be set aside. The Milwaukee Elections Commission has complied with those requests, and ballots have been placed in three separate piles.

“The Republicans who are there representing Donald Trump are not as interested in a recount as they are in gumming up the works,” Barrett said.

Barrett add he does not think the strategy will not be effective.

"The issues that they’re raising are really issues of law," Barrett said. "They’re issues that were set by the wisconsin election board years ago

Some election officials had hoped the recount would be completed by Thanksgiving, but the objections raised by Trump observers are slowing down the process considerably.