MILWAUKEE (CBS 58) -- The Open Door Café at the Cathedral of St. John the Evangelist serves a free lunch six days a week. It’s a hot meal some people might not otherwise get, but the program’s chef sees it as so much more. Chef Al has been with Open Door Café for five years, and he considers his cooking to be his art form.

“Hopefully in 5 minutes, it'll be boiling,” Chef Al, which is what he goes by, said, while checking two large pots on the stove.

The minutes before lunch service starts can be organized chaos.

“These are close to being done,” he said, sliding two trays of French fries out of the oven. “I just want them a little crispier.”

It’s a choreographed effort and Al is pouring his heart into it.

“It's a way to give love. It's a way to challenge yourself,” he said. “At the end of making it, you have something, that I made that with my hands.”

He has always had a passion for cooking.

“My grandmother, my aunts, they all cook, and I always thought of that as the ultimate art,” Al explained.

When he was downsized from a corporate job in 2014, he decided to go to culinary school at MATC. After a stint in a hotel kitchen, he felt a higher calling.

“Here we try to do something different,” Al said. ”We try to make your meal different every day, which, is a challenge!”

On the day CBS 58 visited, the menu included brats, fries, salad and fruit. It was all served to about 100 hungry people when the Open Door Café opened its doors to those waiting outside. 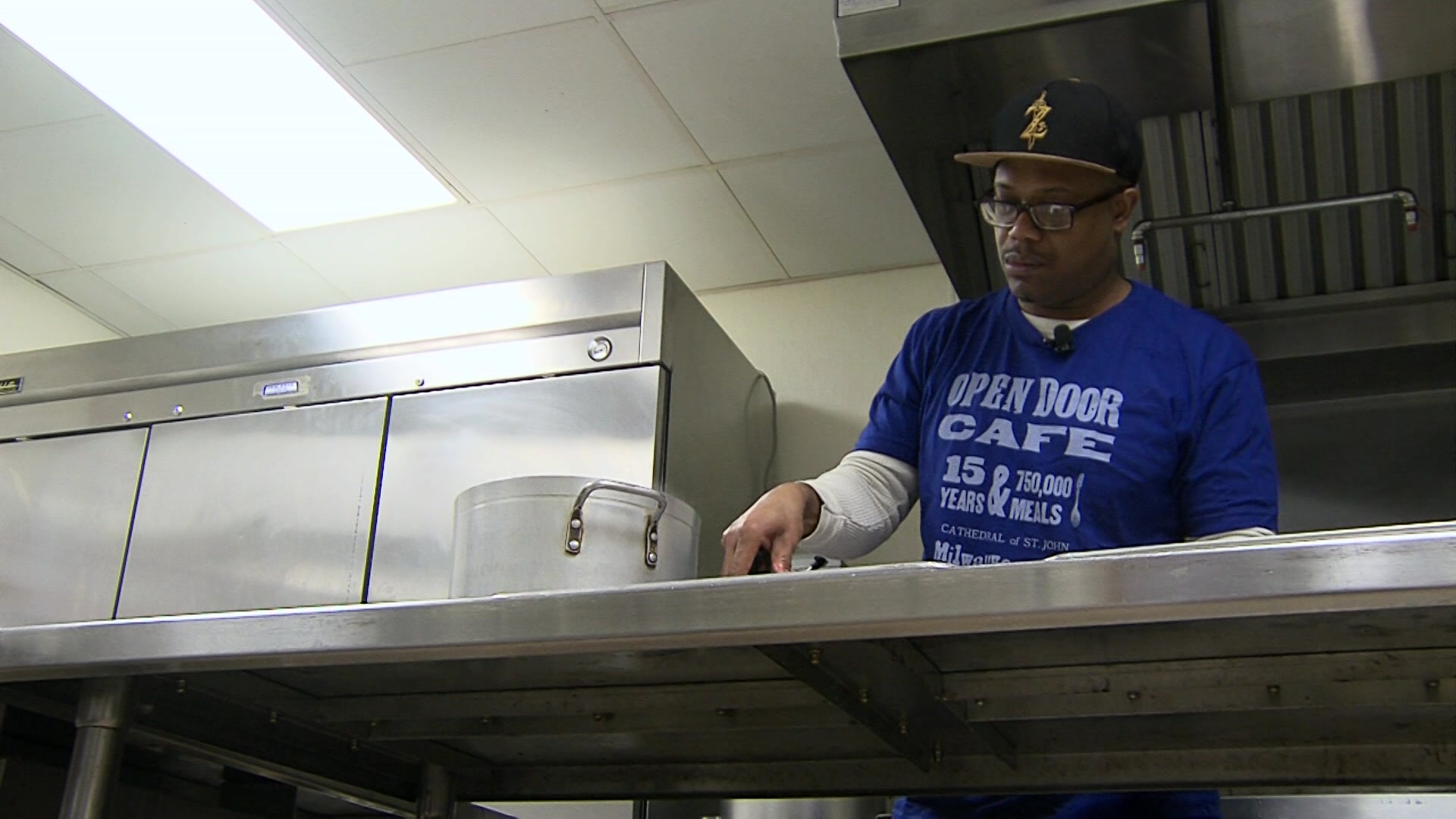 Chef Al said he has one goal with his food.

“You want people to walk away and say, ‘wow, i really enjoyed that!’” he said.

He takes every detail into consideration. The salad is bright green and fresh. Al hopes it’s appetizing enough that he can get people to eat their vegetables.

“I really like the freshest, greenest looking lettuce that we have,” he said.

He cooks up something different every day, planning his menu 30 days in advance, because he isn’t just serving lunch, he said he’s also serving dignity.

“We are not a soup kitchen, we are a meal program,” he explained. “So, my challenge when I came on was to up the quality and make it a joyous meal.”

He’s run the Open Door Café for the last five years. Sunday through Friday, anyone who needs a hot meal can come in between 11:15 and 12:30 to be served by volunteers.

“We're taught in the church we encounter God out on the fringes,” said Café manager, Jim Anello.

Anello started volunteering at the café after he retired. He described Al in one word.

“Meticulous,” Anello said.  “He's sort of the straw that stirs the drink. We don't have Al where he is, this isn't here.”

And many are very thankful he is here—filling stomachs and hearts.

“Food is a foundation, it helps you get through the day,” Chef Al said. “It helps you live. So, I think there's nothing greater than your art being useful.”

To find out more about the Open Door Café, click here.

And, to nominate someone for Natalie’s Everyday Heroes, just send Natalie a message at nshepherd@cbs58.com. We’d love to hear about someone doing good work in your community.