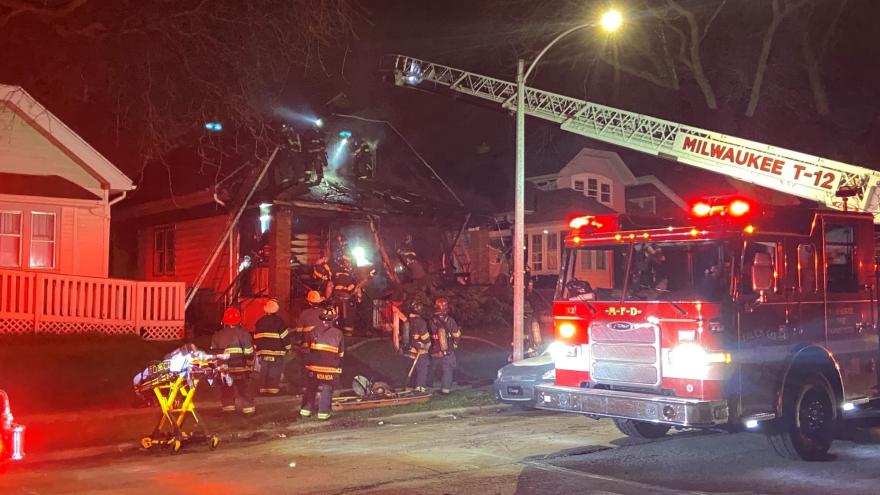 MILWAUKEE (CBS 58) -- A porch caught fire at a home overnight near 26th and Melvina.

According to the Milwaukee Fire Department, a neighbor called to report flames coming from the side of the home around 1 a.m.

When crews arrived on scene, the front porch of a two-story home was on fire. A CBS 58 crew on scene witnessed fire officials cutting into the roof. MFD officials say the fire was under control in 10 minutes.

No one on scene was injured. The fire department is investigating what started the fire.