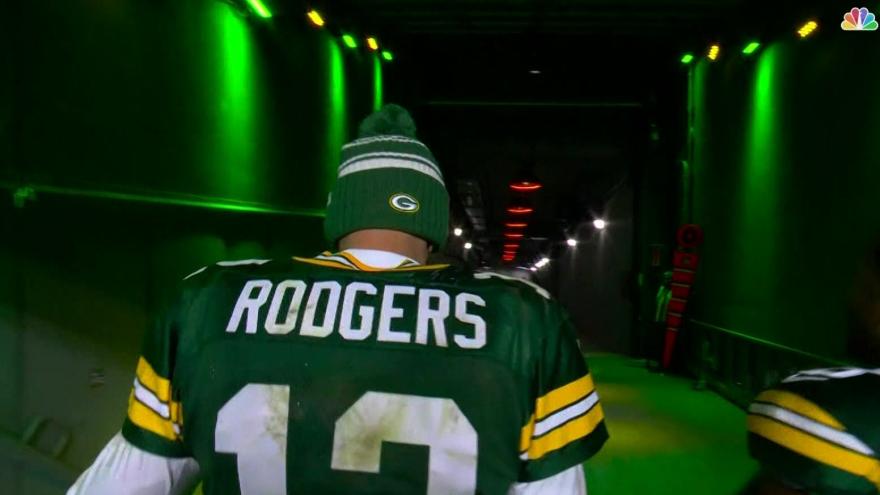 GREEN BAY, Wis. (CBS 58) -- Another heartbreaking exit for the Green Bay Packers, and another offseason of waiting on an Aaron Rodgers announcement.

After Sunday night's 20-16 loss to the Detroit Lions, the four-time MVP left the door open for a Packers exit.

"At some point the carousel comes to a stop and it's time to get off and I think you kind of know when that is and that's what needs to be contemplated," Rodgers said.

Take a look at social media, and it looks like some Packers fans want to see Rodgers go.

But Doug Russell, sports director for 97.3 The Game, says those fans should be careful what they wish for.

Russell says that if Rodgers retires or is traded, his replacement would likely be former first-round pick Jordan Love. And while it is possible that Love will be a great quarterback, it's also possible that he is just average.

"If you grew up in the 70s and 80s in Wisconsin, you know what I am talking about," Russell said, "Lynn Dickey, Randy Wright, Jim Zorn, David Whitehurst, Anthony Dilweg. Rich Campbell. How much time do you have to go through the litany of quarterbacks that the Packers went through in between hall of famers?"

Russell says the $58.3 million Rodgers is scheduled to be paid next year makes him virtually untradeable, and also gives him a big incentive to keep playing. So, Russell speculates that if a quarterback is leaving the team, it is likely Love.

"I don't know that Jordan Love is going to be back next season. Do they want to completely turn the page on him, draft another quarterback in the first round, see what they can get on the open market for #10? I think that's a possibility," Russell said.

So, while Sunday's loss still stings, Russell thinks once the pain wears off, Rodgers will want one more trip around the carousel.

"I think he's got one more year left in him," he said.