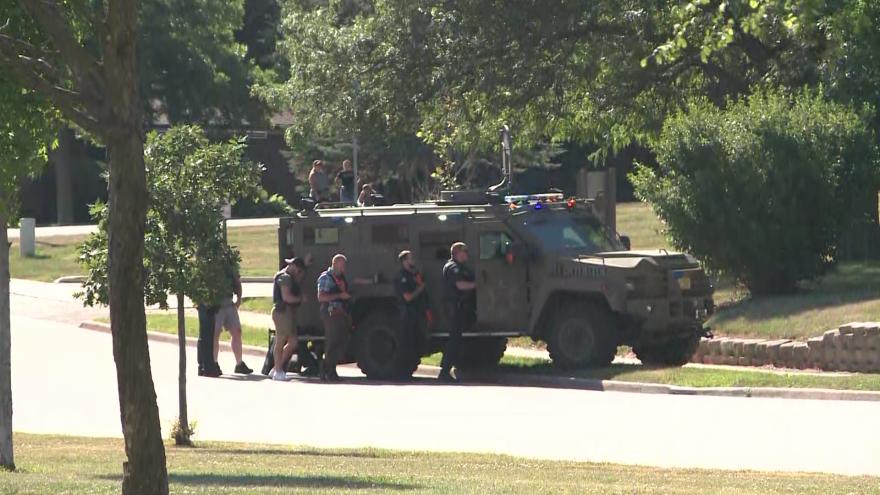 Investigators received information around 2:05 p.m. that a male with a felony probation warrant was inside a residence in the area. While the suspect had other warrants, police say the one of most concern was a violation of probation. Investigators were made aware that there were children inside the residence and the relationship between the suspect and children was unknown.

Authorities say the suspect is a sex offender and on probation for child exploitation/enticement.

Investigators contacted a woman at the location who said there were children and a dog inside the home.

The male allegedly refused to leave the home or surrender, making comments that he would not go back to jail without a fight.

Around 6:35 p.m., officers located the suspect inside the home and used a Taser to get him under control as he resisted arrest. He was secured to a backboard and gurney and taken to a local hospital for precautionary measures.

No officers were injured during the incident.