NOW: Tallest timber tower in the world to break ground in Milwaukee this spring

MILWAUKEE, Wis. (CBS 58)-- In less than three months groundbreaking for the tallest mass timber building in the entire world will happen in Milwaukee. The ‘Ascent’ building will house 260 apartments and beat the current tallest timber building, Mjostarnet in Norway by three feet.

Ascent will be deemed the tallest mass timber structure in the world with 25 floors. Developed by New Land Enterprises, the building will have concrete at the base then engineered wood stacked all the way to the top.

“We were looking for a differentiator, and about three and a half years ago saw an example of a different mass timber building and fell in love with the aesthetics,” said Tim Gokhman, Managing Director of New Land Enterprises.

The original plans only had 23 floors but with two more floors added, it’ll now break a world record.

“It made sense from a ratio standpoint to add those two floors, it made the building better, and being the tallest is an added bonus,” adds Gokhman.

A number of high rises in Milwaukee have exposed columns of concrete, but inside Ascent, those columns will be made completely out of engineered wood.

”All of that will be wood and that is such a unique thing,” says Gokhman.

Ascent will have a rooftop clubroom and a seventh floor pool.

“We really think we’ll be showing people environments that they have not seen before in a modern building,” says Jason Korb of Korb and Associates Architects.

Building with wood has its added benefits, both environmentally and structurally. Korb says the wood would come from White Spruce trees.

“This building has enough timber in it to capture enough carbon dioxide, it’s the equivalent of taking 2,400 cars off the road for a year,” said Korb.

“It builds faster and it builds lighter too,” adds Gokhman.

The project also received a federal wood innovation grant, and will set an example for future timber buildings all around the world.

“All of the research that we’re doing is going to be released into the public domain,” adds Gokhman. “So companies looking to do a mass timber building in the future can learn from our experience.”

Ascent will break ground at 700 East Kilbourn Avenue mid-May or early June and be opened by spring of 2022 for the public.

“It’s exciting to be able to do something that is being watched internationally in our city,” said Gokhman. 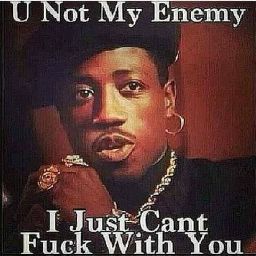 Restaurants cope with a St. Patrick's Day without crowds