The 'Great Resignation' of Wisconsin lawmakers, more than two dozen calling it quits

MADISON, Wis. (CBS 58) -- The state Legislature is not immune from what many are calling the 'Great Resignation,' as more than two dozen lawmakers have either resigned or decided to find employment elsewhere.

An exodus of 28 members of the Assembly and Senate have opted to not seek reelection or announced they will run for another office, as of Friday. In the Assembly, nine Democrats and 13 Republicans are calling it quits. Three Democratic and three Republican senators said they're not running again. 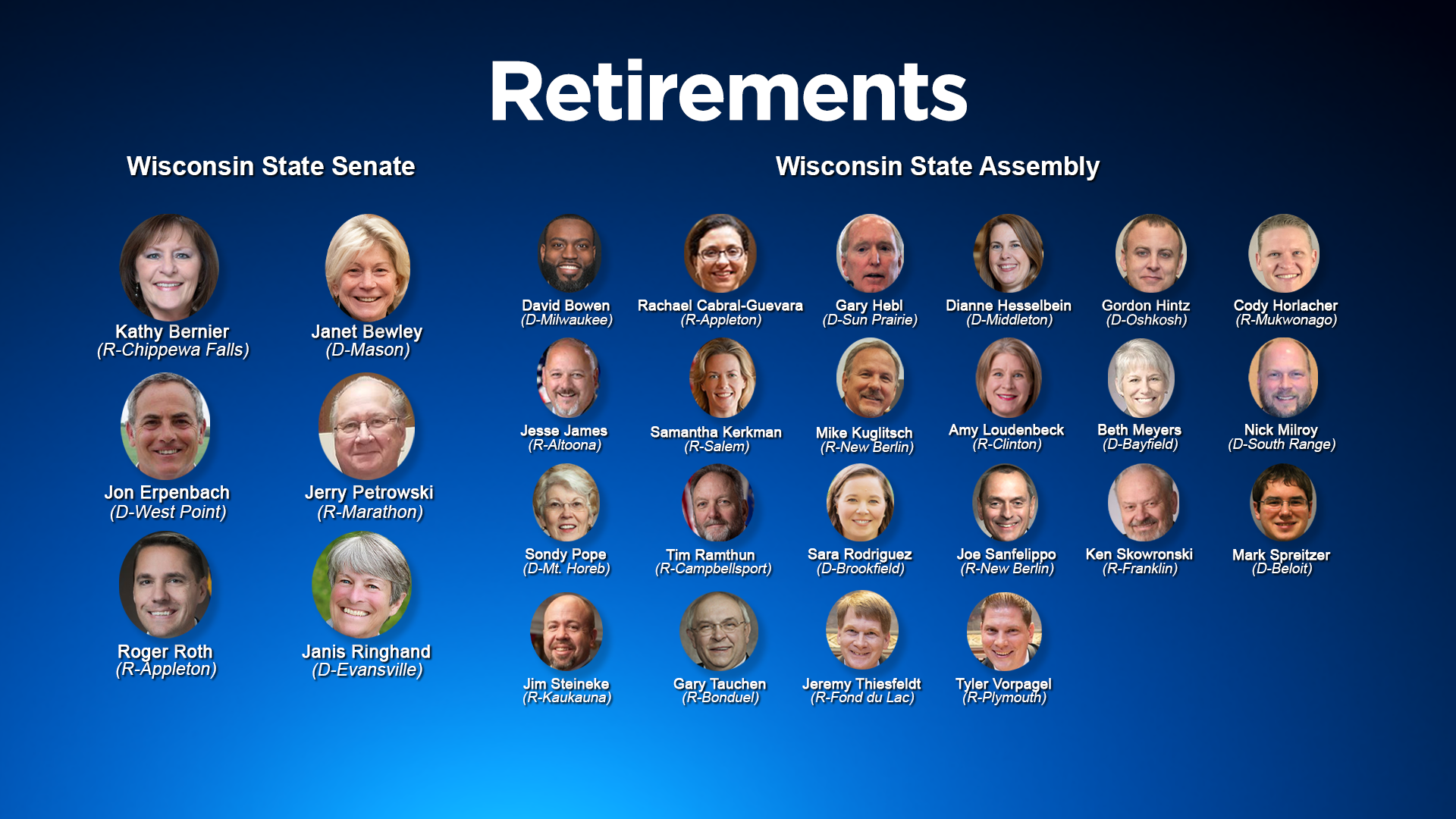 If more departures come, Wisconsin could surpass levels not seen since WWII. In 1942, 32 lawmakers didn't seek reelection or retired, according to the Legislative Reference Bureau. Back in 2014, 29 lawmakers left their post. 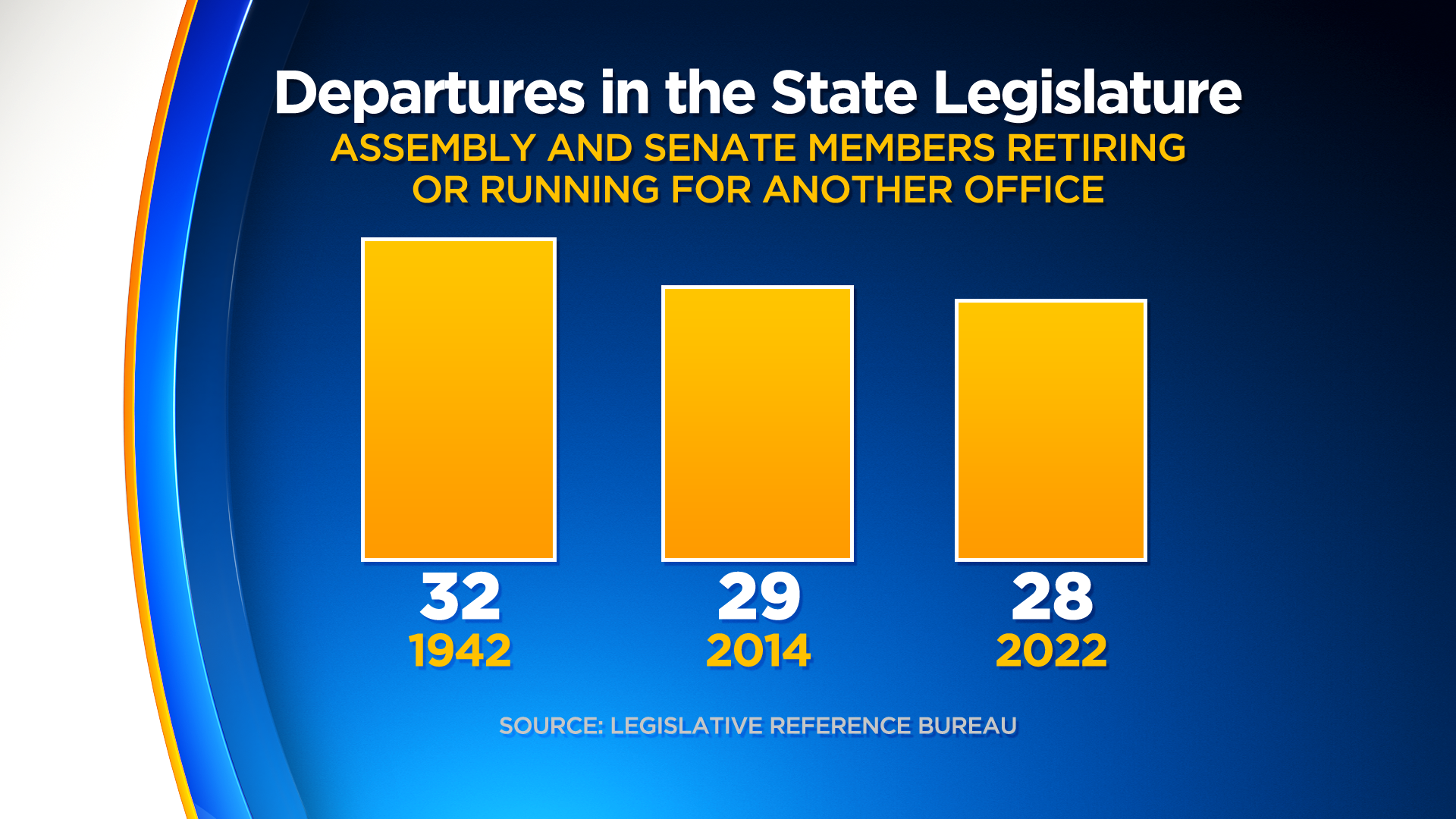 "I don't think there's any huge underlying issue that has caused people to jump ship…for me it was just time," Pope said.

First elected in 2002, Pope got a front row seat to witness the shift in politics serving before and after Act 10, the collective bargaining bill that redefined unions. Pope said what frustrates her the most is how partisan rhetoric has taken over the political landscape.

"What really annoys me is that so many of the people have never experienced anything since 2010," she said. "You think this is it. The power, arrogance and the partisanship. It's terrible."

Pope added, "You get tired of not making any headway. I've seen better, we should be better."

Long-serving Republicans are also ready to move on. Outspoken State Sen. Kathy Bernier, R-Chippewa Falls, who has publicly criticized the GOP probe into the 2020 election, decided to not seek reelection.

In January, shortly after her announcement, Bernier told CBS 58 in an interview she's "frustrated" with conspiracy theorists and her Republican colleagues who continue to spread false information about the election.

"I feel sad for them in a way, that they have so much faith in the people who are telling them these things," Bernier said. "I cannot function on hearsay, conspiracies, innuendos, none of that. I have to function on the facts."

Standing up to members of her own party resulted in backlash, with some calling for her resignation, according to Bernier's tweet in December.

"I've been contemplating retirement. But, I may rethink it. Right wingers calling for my resignation, is motivation!" Bernier said.

State Rep. Joe Sanfellipo recently decided he will retire after taking the oath of office in 2012. The New Berlin Republican said he's always believed lawmakers shouldn't hold office for too long, but also blamed his caucus as part of the reason he's leaving.

Sanfelippo said he was angered with Republicans for not doing enough to hold members on the state elections commission accountable for their guidance issued during the pandemic.

He authored a resolution demanding the removal of Meagan Wolfe, the leader of WEC, along with other commissioners, but GOP leaders didn’t support the idea.

"If the Legislature is unwilling to make sure the laws we pass are being followed, then I cannot help but feel I am wasting my time in Madison," Sanfelippo said in a statement to CBS 58. "Rather than run for one more term to get to my self-imposed 12-year limit, I decided to leave now."

As for what's next, Pope, Bernier, and Sanfelippo said they're looking forward to spending more time with family and friends after being veteran lawmakers at the Capitol.

"I'm sure I'll be able to contribute to politics as a Republican, but I am just a little frustrated with them right now," Bernier said.

With the election year still young, more retirements could come. Incumbents have until May 20 to decide if they are running again or not.