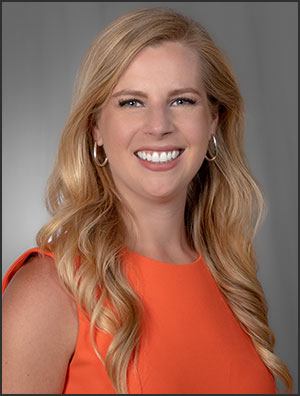 Emilee Fannon joins CBS 58 after serving as the Capitol Bureau Chief for WKOW in Madison, Wisconsin for three years.

During her time in Madison, she enjoyed covering the 2020 presidential election and having the opportunity to interview major party candidates including Vice President Mike Pence, former vice president Joe Biden, as well as other prominent figures tied to the Trump and Biden campaigns.

Emilee is looking forward to continuing to build her career as a political reporter in the Milwaukee market, an area familiar to her as many of her family members are from the suburbs of Milwaukee.

Her passion to report on politics began six years ago in Springfield, Illinois where she received her Master's degree in political affairs reporting. Shortly after, she was hired as a statehouse reporter at the capitol covering Illinois politics including the rise and fall of the longest budget impasse in modern day history as well as historic school funding reform.

Even though Emilee was born and raised in the northwest suburbs of Chicago, she is a huge Green Bay Packer fan and happy to continue rooting for her team in Wisconsin.