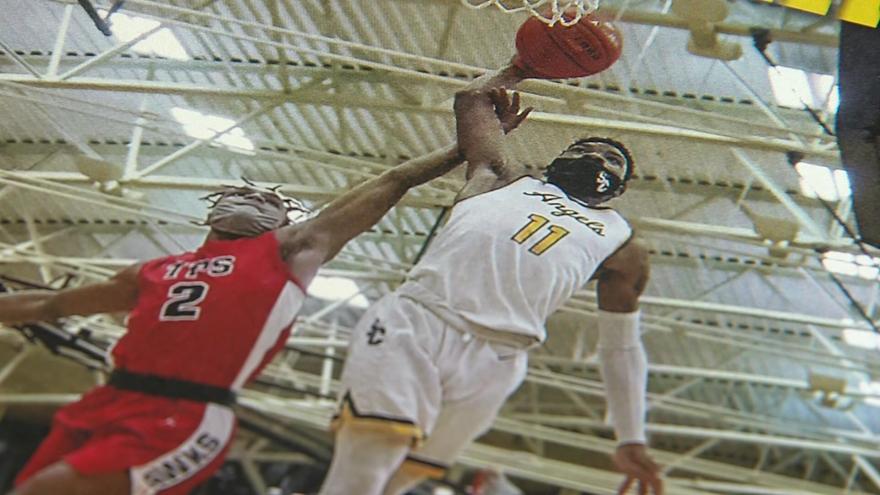 WISCONSIN (CBS 58) -- Now that Wisconsin's teams are out of the NCAA tournament, you might want to cheer on Iowa State. Two members of the team grew up right here.

Last year, Tyrese Hunter graduated from St. Catherine's, where his talents on the court were well known. Now, in his freshman year playing for Iowa State, he's making magic on the court, giving students back home a reason to say "Go Iowa!"

Tyrese Hunter broke the single game scoring record his junior year at St. Cat's, and his senior year they won the state championship.

"You know Tyrese was a huge factor in that and his ability and his athleticism," said Michael Arendt, St. Catherine High School principal.

Hunter also broke the record for career-high points scored, and he's doing well for Iowa too, being named Big 12 Freshman of the Year.

The buzz was present along the lakefront as the track team practiced after school.

"People are saying how proud they are of him and how he's representing St. Cat's very well, to the best of his ability," said Terron Barnes, a junior at St. Catherine's.

"I was happy for Tyrese. And him going to the Sweet 16, that's something, I mean especially for someone to come from Racine like that," said Tristan Ropiak, St. Catherine's junior.

"I never went to a March Madness game before. Watching him play in real life is way different than on television," said Thomas.

These young men say besides having skills on the court, Hunter is an all-around good person.

"Yeah, he was a mentor to me. He talked to me after practice. After every practice, we'd play one-on-one," said Thomas.

"First day of freshman, like my first year here, he like ask me where my class at, help me where I go. So just like that, being a big role model," said junior Jakari Oliver.

Hunter started playing for St. Cat's in 7th grade. His team that year signed a basketball which is now proudly on display in the athletic office.

"I mean what a cool thing for a high school kid to be able to see and talk about and be like I played with him, I practiced with him, my locker was next to him, I had class with him and now he's a national name on a national stage," said Tlachaec.

"From a school perspective, we couldn't be happier for him, wish him nothing but the best and obviously good luck in Chicago next week," said Arendt.

Iowa State's coach also grew up in the Milwaukee area.