Village of Sharon mourns the loss of feline mayor, 'Freddy' 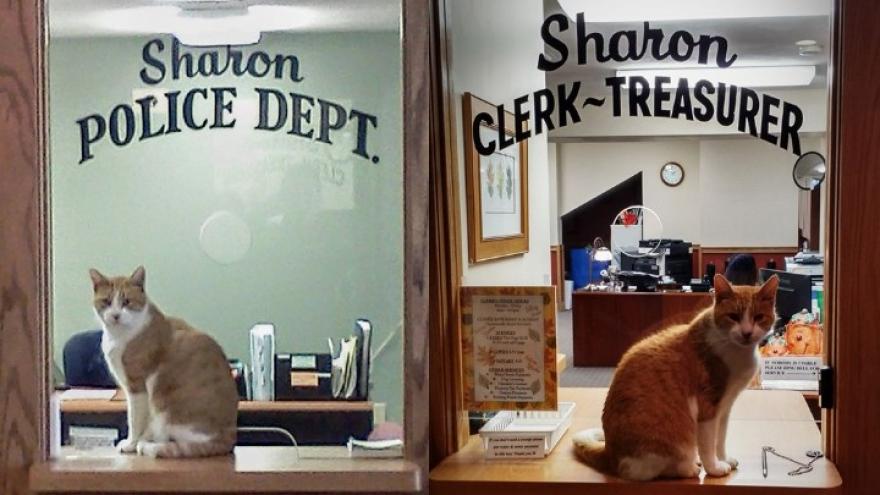 WALWORTH COUNTY, Wis. (CBS 58) -- A Walworth County village is mourning the loss of a beloved member of the community.

"Freddy" the cat served as mayor in the Village of Sharon, where he lived for about a decade.

According to a report, the village president is a human -- but the orange tabby cat was dubbed mayor after a deputy clerk/treasurer found the stray and invited him in to get out of the cold. He quickly became an overnight guest, and residents began chipping in to donate toys, food, and a bed.

Freddy often spent his time venturing around Sharon, greeting his constituents and people at the Village Hall.

The Sharon Police Department shared the news of Freddy's passing on Monday, Jan. 6, and thanked him for all the joy he brought to the community.