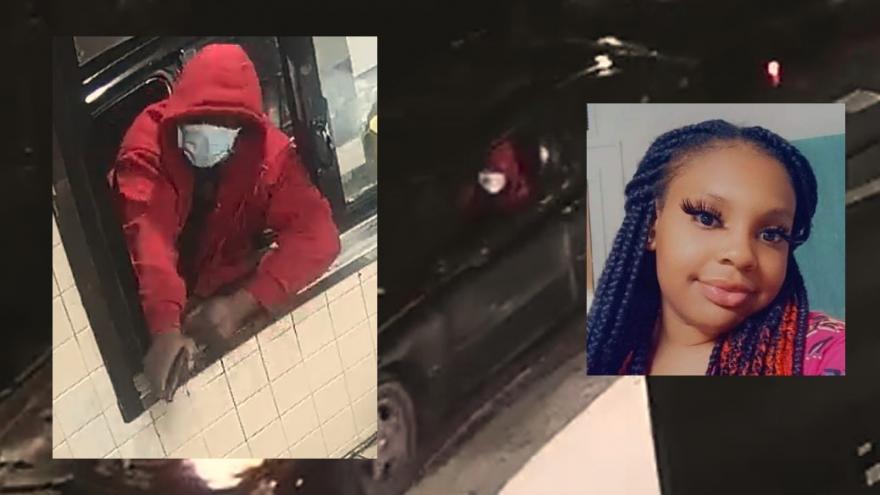 MILWAUKEE (CBS 58) -- An arrest has been made in connection to a homicide at a Milwaukee Burger King that left a 16-year-old girl dead.

The incident happened Sunday night, Jan. 2. Sixteen-year-old Niesha Harris Brazell was shot and killed during a robbery attempt of the fast food chain.

Milwaukee police reported Tuesday, Jan. 4, a 38-year-old woman was arrested during the investigation for obstruction. However, police are still looking for additional suspects.

One day earlier, officials released photos of the suspect accused in the shooting. He's described by authorities as an African American male with a heavy build. He was last seen wearing a red hooded sweatshirt, tan pants and face mask.

Anyone with any information is asked to contact Milwaukee police at 414-935-7360 or to remain anonymous, contact Crime Stoppers at 414-224-TIPS or P3 Tips App.