The fire department was called to the Saxony Manor Apartments, a senior living facility, around 9:30 p.m.

Kathleen Eaves said she heard the smoke alarms Monday night and was shocked when she opened her apartment door.

"I saw smoke and I started yelling 'fire, fire' and I'm banging on doors and next thing I know there's this great big black smoke coming from -- you couldn't see. You couldn't see," Eaves said.

Another Saxony Manor resident, who asked CBS 58 to conceal his identity, shared video of the fire with CBS 58.

His video shows flames coming from the back of the building.

The fire and police department helped to get people out of the building safely. Two occupants were rescued by using ladder trucks.

Officials controlled the fire within 30 minutes. Kenosha police officers are being hailed heroes.

Even the police chief himself said it's not common for officers to go into a burning home, but they did at Saxony Manor, and saved lives.

Chief Eric Larsen says the first officers on scene could hear cries for help coming from inside the Saxony Manor apartments.

"They're told not to go in, but I don't know an officer that wouldn't go in," said Chief Larsen.  "There were people on their knees and trying to get through the -- it was described as being a smoke-filled hallway."

This is a 16-unit building at the back of the senior, independent living community off 22nd Avenue.

"And they used their flashlights to essentially mark where other residents were, were they at the windows, so that responding fire engines could put their ladders up and evacuate those individuals," said Chief Larsen.

Crews remained at the scene and secondary searches of the structure located two deceased adults. The fire department says one person appeared to have died from a medical event unrelated to the fire, and the other as a result of the fire. A third person later died at the hospital due to injuries sustained in the fire.

Four others suffered injuries in the fire.

A Kenosha police officer was transported to an area hospital for smoke inhalation.

Eaves said she has lived in this 16-unit building for almost six years with her two cats that were stuck inside. Shortly after her interview with CBS 58 the three were reunited.

"You know, I'm lucky I made it out because you couldn't even see the steps," Eaves said.

Two people remain unaccounted for, officials say, but they do not believe they are in the building.

The fire remains an open and active investigation. The Red Cross is assisting those who are displaced.

The chief says smoke alarms were working, but Saxony Manor was built in the early 70s, when sprinklers weren't required.

The fire inspector says the best thing to do if trapped in an apartment fire is to keep your door shut. 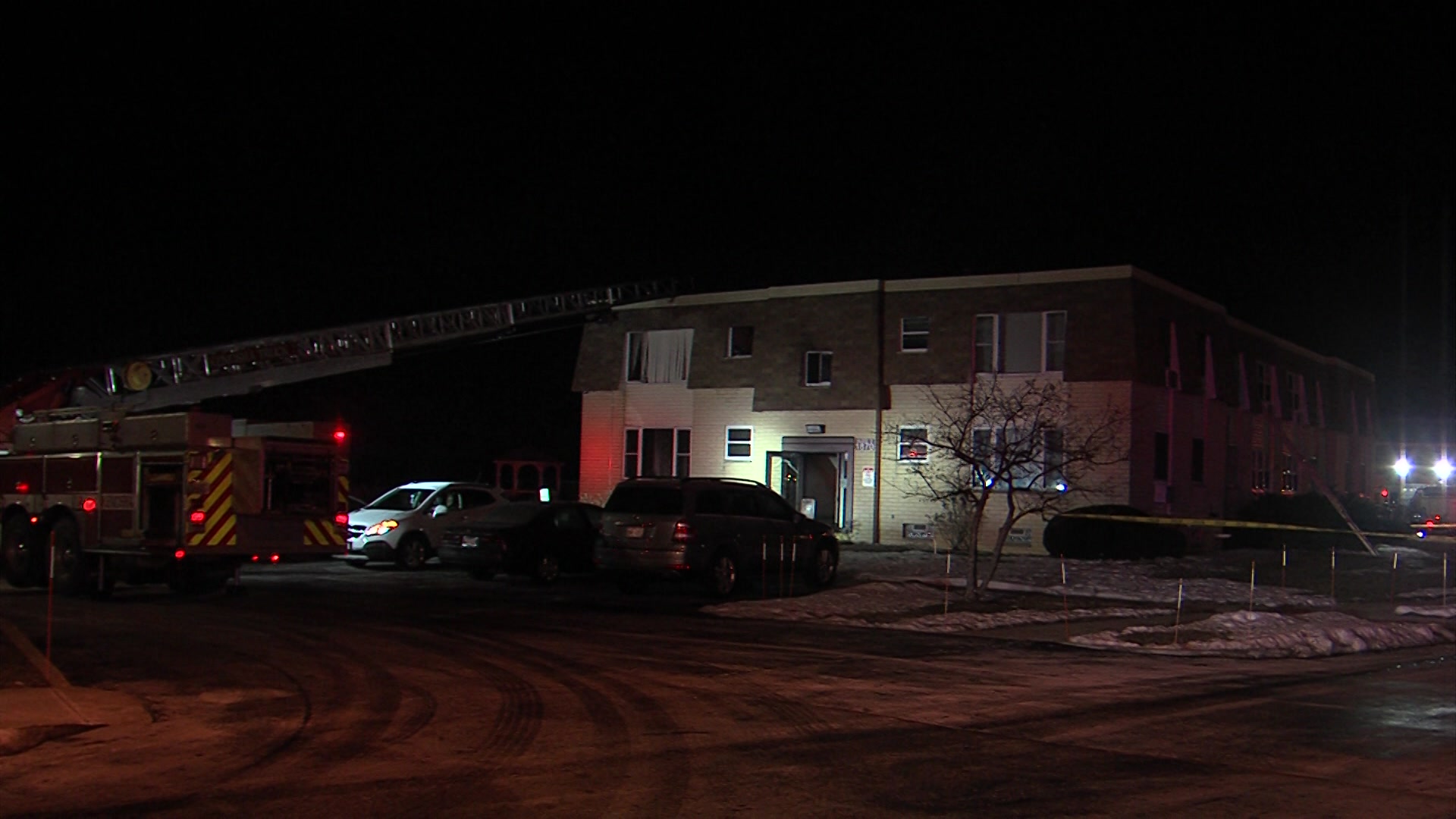 Contributions to this story also made by: Michele Fiore
Share this article: