2 dogs rescued from ice in Oshkosh 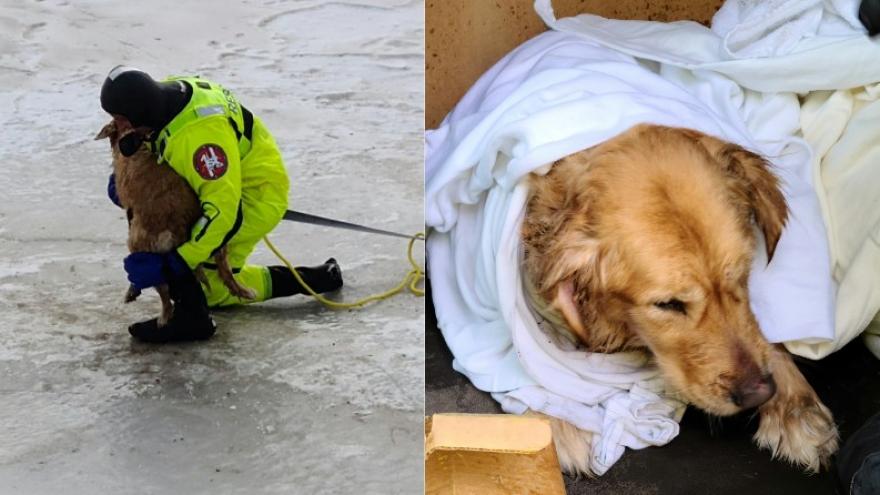 According to the Oshkosh Fire Department, the dogs are "doing OK" after the ordeal.

Officials say the dogs were rescued from the ice by the railroad bridge.

One of the dogs came to rescuers when they whistled for him. The other had reportedly broken through the ice and was stuck.

Neither of the dogs had tags or collars on.