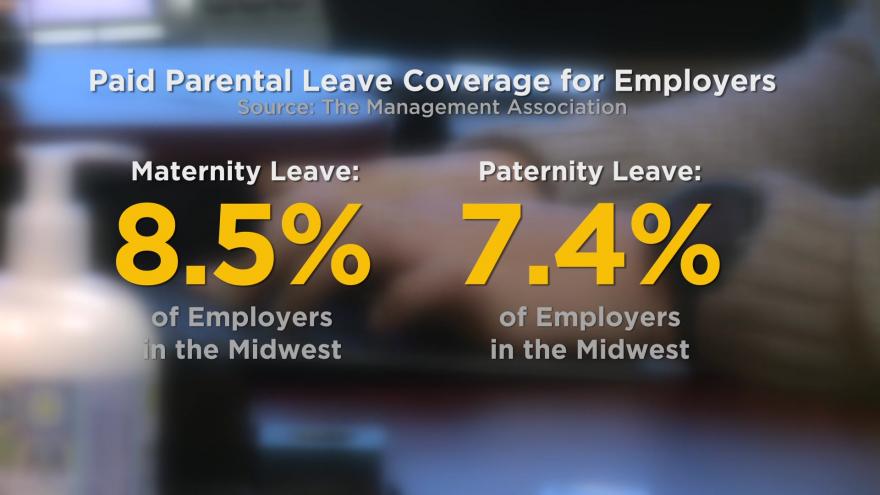 MILWAUKEE/WAUKESHA, Wis. (CBS 58)- An NBA injury report says Milwaukee Bucks’ Giannis Antetokounmpo will not be playing in Wednesday’s game against the Indiana Pacers.

He also missed Monday’s game against the Sacramento Kings because of the birth of his son Liam, which begs the question, should fathers have more leeway when it comes to paternal leave?

Bucks fans say are undoubtedly excited for Giannis and his family, but it’s not to say they don’t want him back on the court soon.

“Congratulations to them, hopefully their son will be a nice protégé like him and his brother,” says Bucks fan, Mitch Worm.

Some fans already want him to get back on the court to keep the Bucks' historical season going.

“We need all the momentum we can get from Giannis, and we got this forever you know,” said fan, Nolan McMullen.

Others say he should spend more time at home.

“Personally I think that you know, it’s a fresh new baby, and he should be spending some time with him and his girlfriend,” adds Worm.

“We haven’t seen a lot of movement in recent years in the Midwest here in our survey group, that percentage has always been pretty low and has stayed pretty low,” said Laurie Greenlees, HR Hotline Director for MRA - The Management Association.

The federal Family and Medical Leave Act (FMLA) protects employees who have been with their company for at least a year from losing their job while away, for up to three months.

“The act protects people’s jobs while they’re out on maternity and paternity leave, but that leave is unpaid time,” said Greenlees.

“I think we’re maybe a little bit behind some other countries with respect to providing paid leave,” said Greenlees.

Greenlees says awareness is increasing with many dads fighting for better work conditions in their states when it comes to paid parental leave.

While there hasn’t been a lot of movement when it comes to the percentage of Midwest employers that offer paid parental leave, Greenlees says she expects that percentage to grow a few years from now.

As for NBA players, they negotiate contracts privately with their teams when it comes to benefits like paternity leave.

30-year-old man shot while walking on city's northwest side