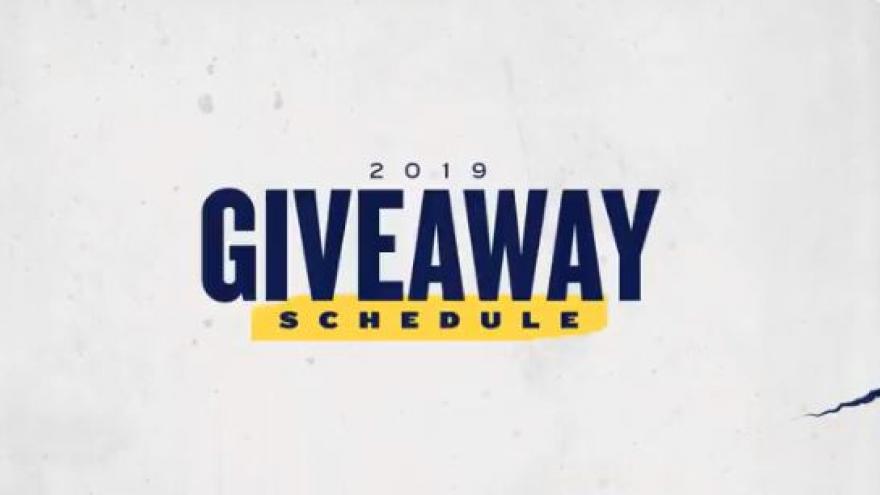 Brewers fans won’t have to wait long to get their hands on the first all-fan giveaway, as every fan with a ticket to the Sunday, March 31 contest against the St. Louis Cardinals will go home with a Jesús Aguilar bobblehead. The bobblehead features the slugging first baseman hoisting a bat over his shoulders.

Now presenting: the Brewers 2019 Giveaways Schedule. (Spoiler Alert: Your bobblehead collection is about to get a whole lot bigger.) pic.twitter.com/dMJqu456Hp

Fans will want to make sure they secure a ticket to the Sunday, June 9 contest against the Pittsburgh Pirates, as every fan at Miller Park will receive a bobblehead celebrating Christian Yelich’s historic 2018 season. The item will feature the 2018 National League MVP holding his trophy and Silver Slugger Award.

On Sunday, June 30, all fans in attendance for the team’s match with the Pirates will receive a Prince Fielder bobblehead. Two weeks later, every fan with a ticket to the Sunday, July 14 game against the San Francisco Giants will receive a Cecil Cooper retro replica jersey.

The full list of announced giveaway items for the 2019 season is below. The complete promotional schedule will be announced at a later date. For more details about the 2019 giveaway schedule, visit Brewers.com/giveaways.