WEST ALLIS, Wis. (CBS 58)-- The Milwaukee Brewers continue to pay it forward to fans. Milwaukee Brewers star Christian Yelich made a stop to the Pick 'N Save in West Allis Tuesday, May 17, and gave fans a hand in bagging their groceries and paying for them.

"How often do you get to have a Brewer bag your groceries? It is once in a lifetime," said Doug Meyer, a customer.

What many thought was a quick grocery store run turned into an exciting and unforgettable day.

"I was just coming to get a few groceries and I looked over, I was wondering why all the cameras were here and then I saw him and he's my grandson's favorite! It's pretty exciting," said Sandy Key, a customer.

Brewers star Christian Yelich paid for groceries, put his bagging skills to the test, and took pictures with fans who were stunned to see the 2018 MVP at the checkout line.

"It's fun to interact with people and get to talk to the people that come out, support us all the time and kind of change it up and understand how chaotic it actually is to bag groceries sometimes," said Yelich.

"I love to watch him and love to go to games and it's just really cool to get that close to Yeli and get to shake his hand," said Meyer. 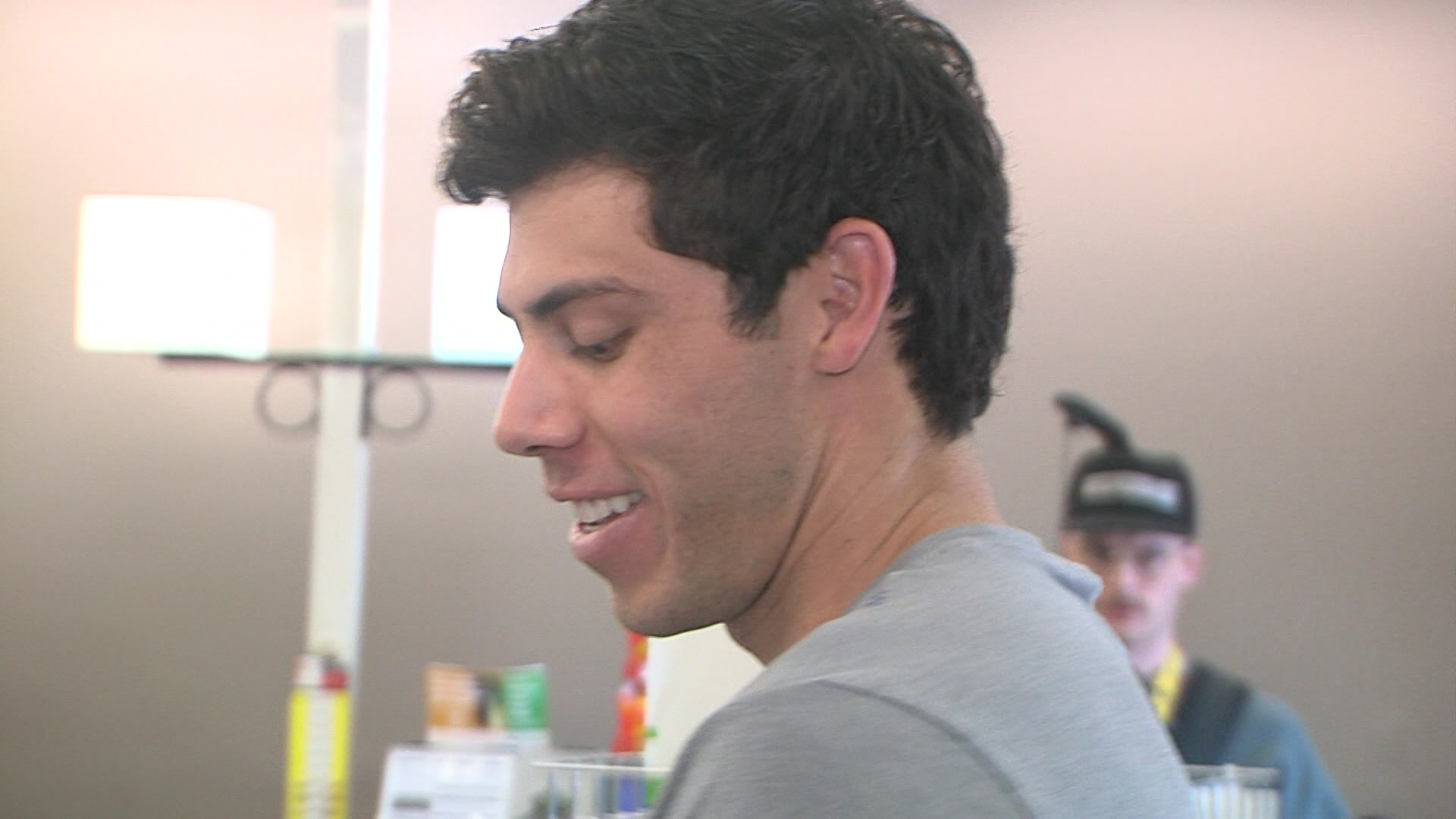 The random acts of kindness were seen across Milwaukee as Brewers players, coaches and staff surprised fans and charities throughout the day as part of the team's sixth annual #kindnessinmke event.

Yelich shared what kindness means to him.

"Just showing people that you care and just going out and small gestures that hopefully go a long way or just let people know that we appreciate them and everything they do for us throughout the year," said Yelich.

It's something customers and fans truly appreciated.

"They give back, the Brewers always give back to charities. They're always helping the community and it's pretty impressive," said Key.

We asked customers how Yelich's bagging skills were. Many said he has potential in the grocery bagging business!

"I told him not to squash my fruit and he bagged my groceries and he did a great job! It's just super surprising and just really a great way to start my day," said Meyer.

"I think my grocery bagging skills, they're average. Kind of improved from 2019 when we did it last. Trying to do it right. I try not to mess up, making sure everyone goes home happy," said Yelich.

Fans said it's moment they certainly won’t ever forget and also said it speaks volumes about the Brewers and their dedication to giving back to the community.