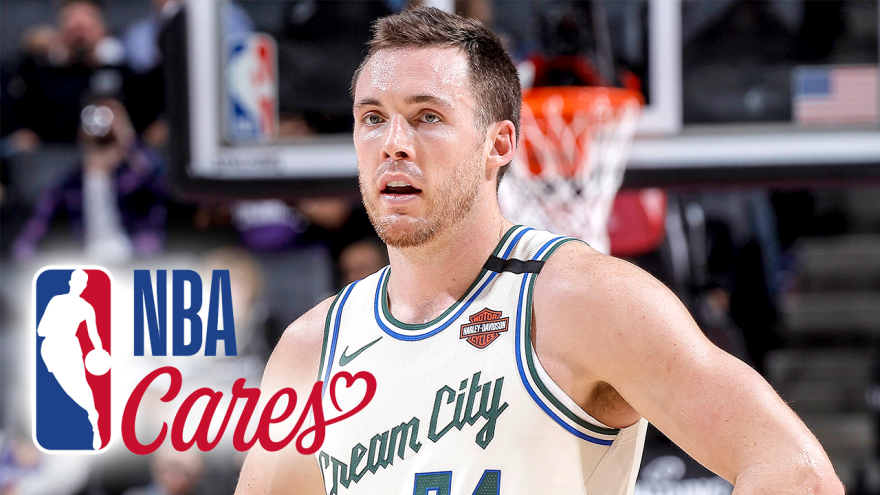 MILWAUKEE (CBS 58) -- Fan-favorite Bucks wing Pat Connaughton, who is still set to make the debut of his fifth season as a member of the Bucks following injury, is being celebrated by the National Basketball Association on Friday, Nov. 4.

Connaughton has been awarded the NBA's Offseason NBA Cares Community Assist Award. In a press release, the NBA says the award was given following Connaughton's "sustained efforts to create access to youth sports in his communities prior to the 2022-23 season."

In both Milwaukee and Boston, Connaughton spent time creating spaces where youth could play basketball and receive development and character-building experiences through basketball clinics. Two such clinics took place in July at St. Augustine Prep in Milwaukee and Mukwonago High School in Mukwonago.

The Pat Connaughton Foundation also donated $50,000 to create new basketball courts for inner-city students and community members at St. Augustine as part of his Connaughton COurts program. One court was unveiled this summer, with another set to be completed next year.

As part of the award, the NBA is set to donate $10,000 to the Pat Connaughton Foundation which aims to translate life skills that set children up for success through the fundamentals of basketball.

Connaughton will be officially presented the award during an on-court ceremony at Fiserv Forum prior to the Bucks' Saturday, Nov. 5 game against the Oklahoma City Thunder at 7:00 p.m.

More information about the Pat Connaughton Foundation can be found on its website.