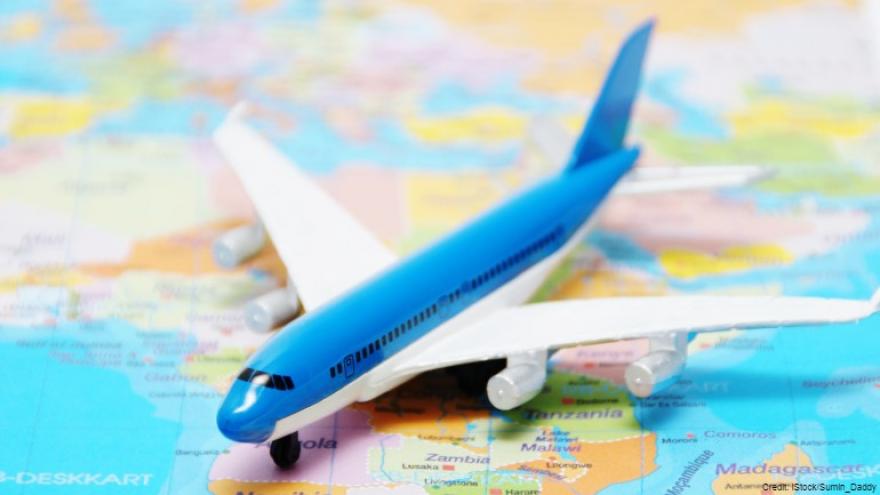 MILWAUKEE (CBS 58) – Flying during coronavirus has gotten more complicated. Airlines have made it harder to get refunds, there are mask rules to follow, and travel restrictions have been implemented all over the globe. Consumers planning to buy a ticket through an online travel agency should read the terms and conditions and may wish to avoid one company that’s gotten a bad reputation.

U.S. law requires airlines to provide refunds to customers if they cancel a flight and the customer chooses not to rebook. Those same protections don’t necessarily apply when booking with an online travel agency.

“We call most nights, Facetime and text all day,” said Allana Kossow.

“They’ve sacrificed a lot for him to enlist,” said Lynne Kossow.

“It was relieving that will finally get a time to see him,” said Allana.

The flight was scheduled around Easter, but coronavirus changed those plans. Lynne wasn’t worried because she received an email from FlightHub assuring customers if they were thinking of changing or canceling their plans, “we have got you covered.” Thinking she was covered, Lynne canceled the April flight and opted for a future travel credit.

“To me it was money in the bank,” said Lynne.

She tried rebooking in late June. She found another set of flights for $533, about $80 more than she previously paid. However, Lynne said she couldn’t figure out how to redeem her future travel credits. She called FlightHub’s customer service for help. During that call, she felt FlightHub’s “we have got you covered” assurance left her pretty bare.

“Tried to sell me the exact flight, but she would only sell it to me for $841,” said Lynne.

That price was $308 more than what she saw online. Upset, Lynne wanted her money back.

“I demanded a refund because I need to book this trip and I don’t have the wherewithal without my refund,” said Lynne.

“Your consumer is experiencing very much the same issues that many consumers do,” said San Francisco Better Business Bureau President Lori Wilson.

Its website lists over 2,500 complaints against FlightHub and its sister company, JustFly, in the last three years.

The BBB has seen a pattern of complaints related to getting refunds and poor customer service. Canadian regulators entered into a legal agreement with the company in October 2019, prohibiting it from using false or misleading marketing practices. FlightHub said it made changes. In September 2019, the San Francisco City Attorney sued FlightHub, accusing the company of “swindling its customers for years.” The case is still working its way through the courts. FlightHub said the allegations against it in that case are not true.

“If you’re going to use a ticket broker, I would read the terms of service so you really do understand,” said Wilson.

FlightHub told CBS 58 Investigates “We are an agency, and are therefore bound by airline restrictions and policies.” Its terms and conditions state bookings are non-refundable.

FlightHub also said, “Customers can purchase flights with (future travel credits) on our site as well, and prices are not more expensive over the phone than online.”

The company did issue a full refund to Lynne Kossow after CBS 58 Investigates got involved.

“I don’t want to deal with this kind of thing ever again,” said Kossow.

She went ahead and purchased another set of tickets for her daughter to make that trip to Alaska. This time, she booked through an airline directly.

The BBB currently gives FlightHub an “F” rating. It warned consumers to stay away from the company in 2015 and 2016, although that warning has since been lifted.