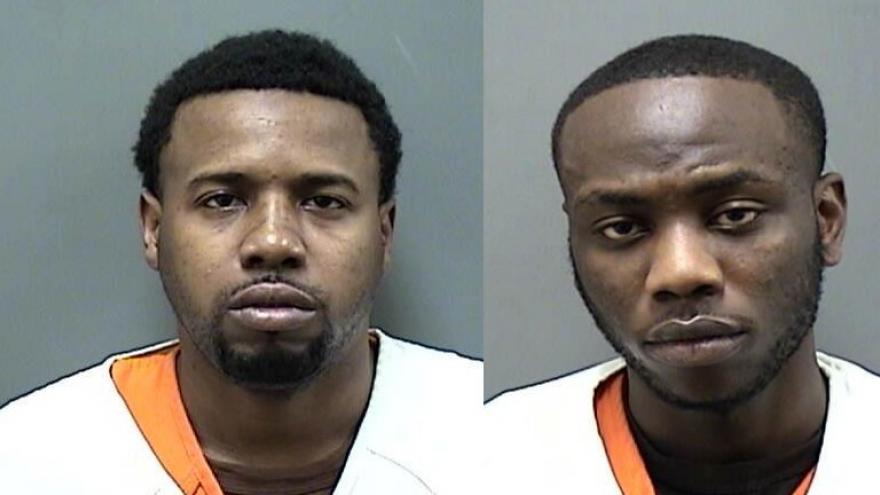 According to the RCSO, deputies stopped a white sedan traveling northbound on I-94 for speeding 25 mph over the posted 70 mph speed limit.

Shortly after the vehicle pulled over it accelerated at a high rate of speed to approximately 120 mph in an attempt to flee from the traffic stop. The vehicle began to make dangerous maneuvers while passing other motorists as it continued to travel at high rates of speed. RCSO deputies terminated the pursuit due to its dangerous driving and excessive speeds.

The offending vehicle then exited I-94 at Seven Mile Rd. nearly striking another squad at a high rate of speed, with an officer in it. The sedan then got back on the interstate ignoring traffic signs.

The deputy observed the vehicle exit at Elm Road and proceeded west bound to 27th St. in the city of Franklin.

Franklin police located the vehicle near 27th and Drexel Ave, and they were able to take the two men in the car into custody without incident. Both men were identified as Chicago residents.

A search of the vehicle was conducted in which deputies observed approximately 20 grams of marijuana that was recovered as evidence.

The driver, 23-year-old Shamir Mcnair, was arrested and turned over to Racine County Jail for charges that include fleeing and eluding an officer, 2nd degree recklessly endangering safety, and resisting and obstructing an officer.

The passenger 30 yr. old passenger, Antoine Gibson, was arrested and turned over to the Racine County jail for possession of Marijuana.