GREENFIELD, Wis. (CBS 58) -- Greenfield police are investigating vandalism on and around Glenwood Elementary near 51st and St. Francis.

Spray-painted obscenities cover the walls of a baseball field utility shed, and there's even some vandalism on the school itself.

"It's really frustrating, a lot of the kids come to the playground to enjoy afterschool activities, they come to play," said Christine Addy.

She lives across the street from the shed where most of the vandalism is.

It includes curse words, crude drawings and more. It's all visible from the school's playground.

A first incident was caught on camera around 11 p.m. March 26.

"People are just outraged, they're angry. Especially a lot of people in this community who have come through this program and played here, this is like home to them," said Zacher. 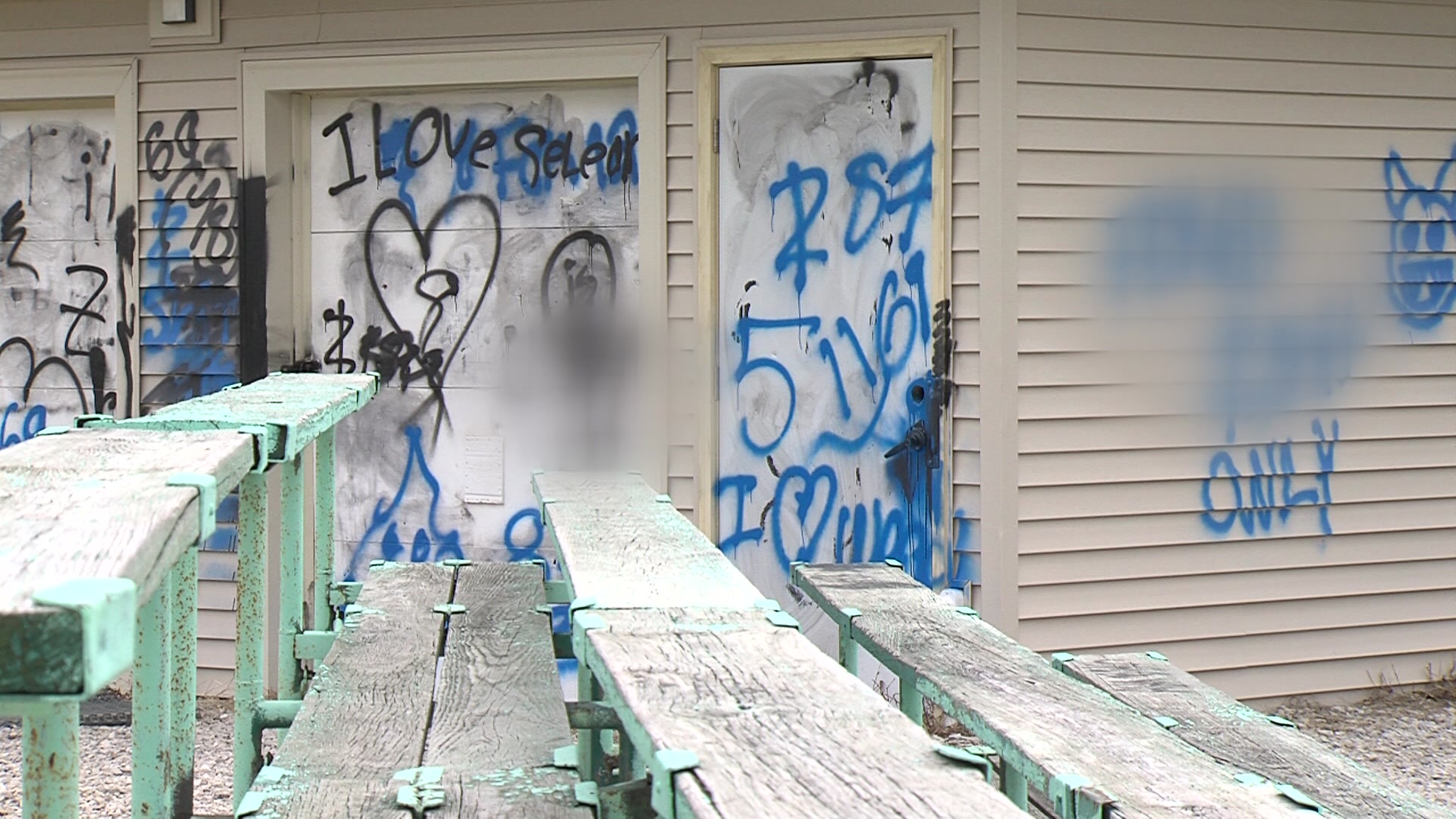 He said it'll be the backdrop for their scrimmage Tuesday night.

Zacher said things like this could eventually strain their partnership with Glenwood Elementary, which is why he'd like to see whoever did this held accountable.

"Whether it's cleaning it up, cleaning the parks up, doing something," said Zacher.

Glenwood Elementary School Principal Steve Newcomer said many people in the community have offered to help clean this up themselves, but he said it's important to make sure the damage done here is taken care of professionally.

"By the long Easter weekend, when students come back, all the areas will be clean and be back looking like it should," said Newcomer.

He said the offers from the community mean the world to them, but pros will be taking care of it Friday.

What they can't fix is the hurt feelings of the community, staff and kids.

"They take pride in our school, the whole community takes pride in Glenwood, and for them to come and see that, they were just as disappointed as the adults were," said Newcomer.

Addy said she's hoping the people who did this get help.

"As a community, you hope these kids can find other friends and members who can help them along and kind of mentor them," said Addy.