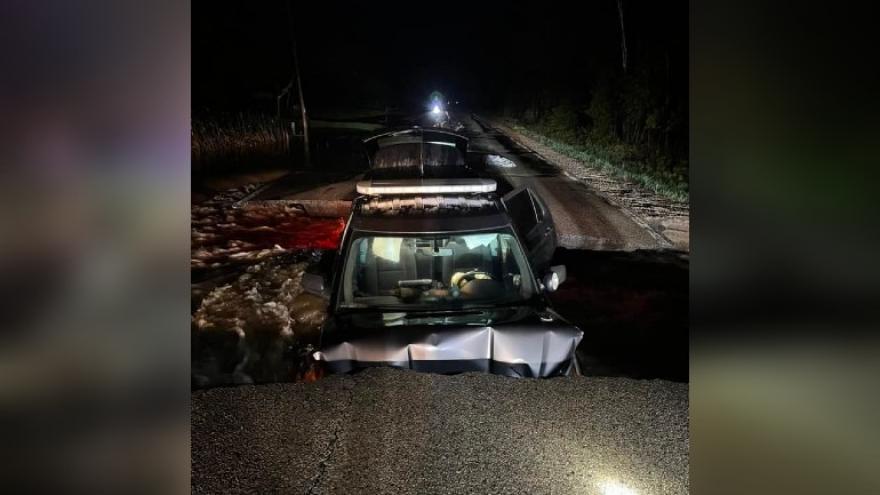 OCONTO COUNTY, Wis. (CBS 58) -- A deputy with the Oconto County Sheriff's Office ended up in a scary situation Thursday night, May 12 while responding to an incident.

The sheriff's office says while traveling west on County Highway A east of Buseman Road in the Town of Maple Valley, floodwater from heavy rain caused part of the pavement to give way as the deputy drove his squad over it.

The squad crashed into the water and airbags were deployed.

Officials say luckily, the deputy was able to quickly exit his squad with his K-9 in tow. 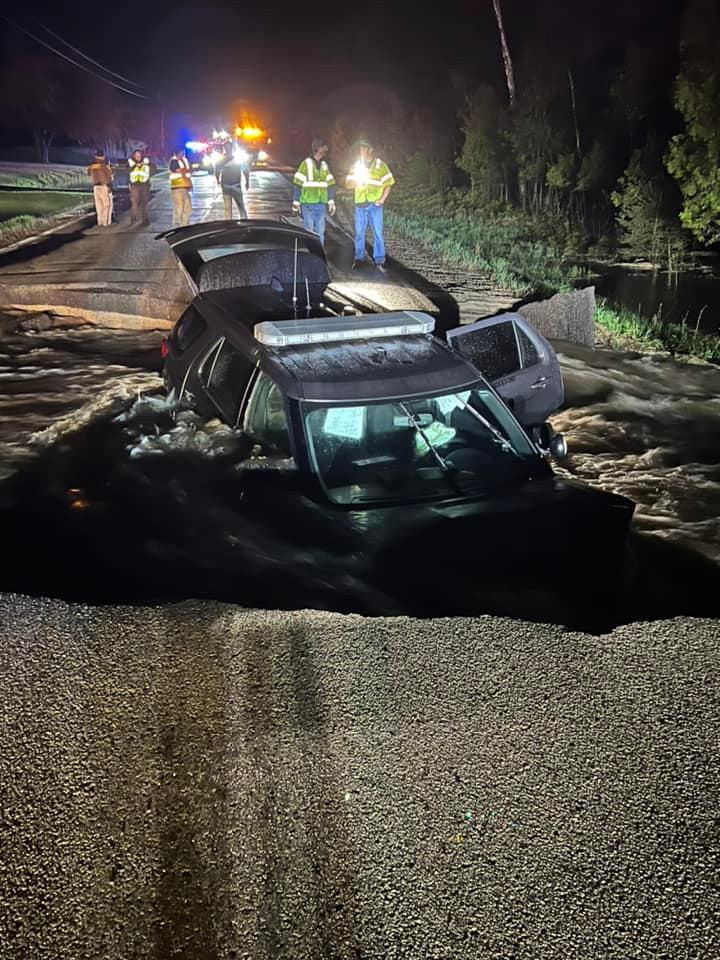 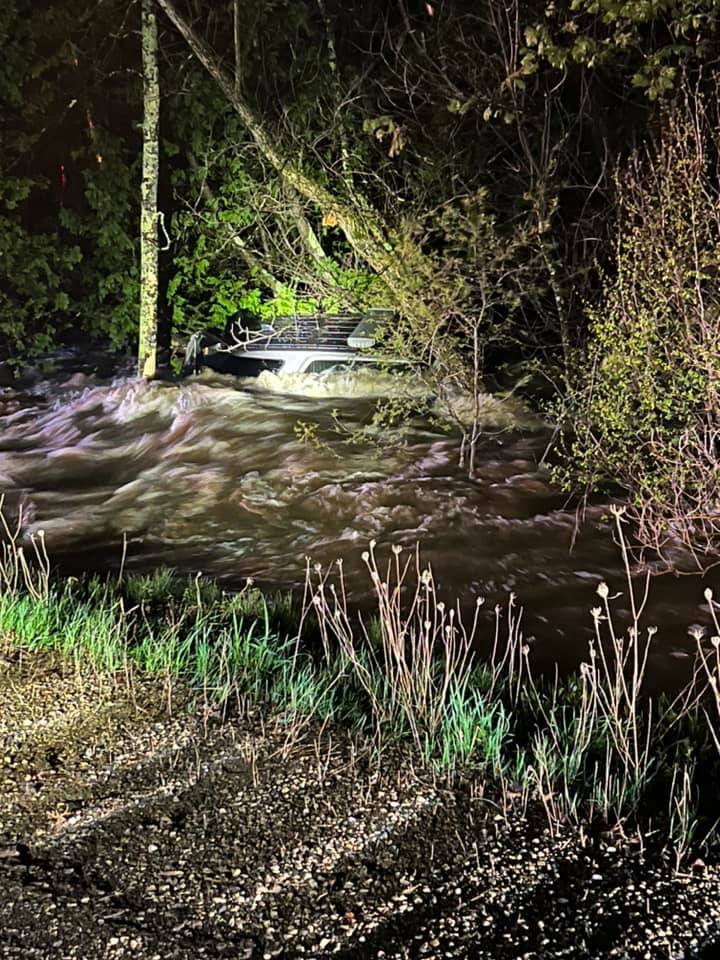