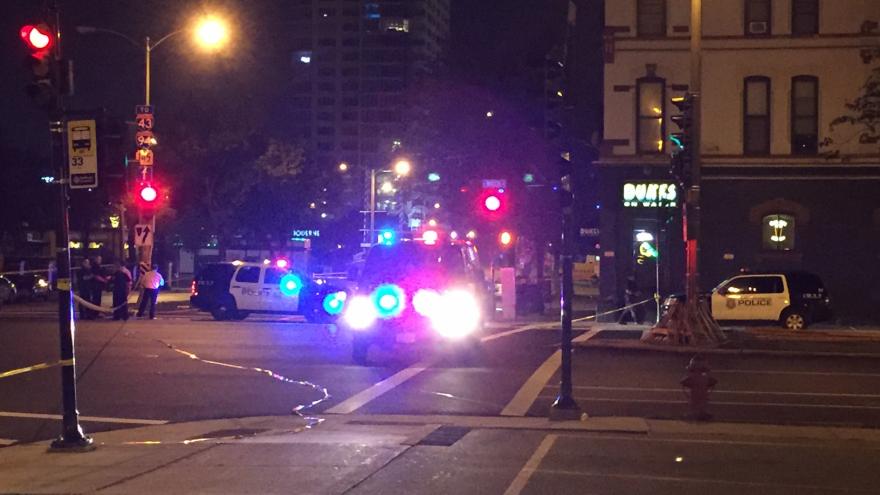 The victim from the August 21 homicide in the 100 block of E. Juneau Avenue has been identified as 26-year-old Kakuma V. Kennedy.

The victim is from Champlin, MN.

Police continue to search for suspects and a motive.

UPDATE: MILWAUKEE (CBS 58) -- Police say one of the victims in an early morning shooting has died.

Two other men were shot and taken to the hospital as well.

Police are still investigating. No suspects are in custody at this time.

MILWAUKEE (CBS 58) -- Milwaukee police were called to the intersection of E. Juneau Avenue and Water Street around 2:00 Monday morning for the report of a shooting.

They say three men were shot and transported to a local hospital for treatment of non-life threatening injuries. The victims are ages 24, 26 and 30.

No word on a motive for the shooting and no one is in custody at this time.