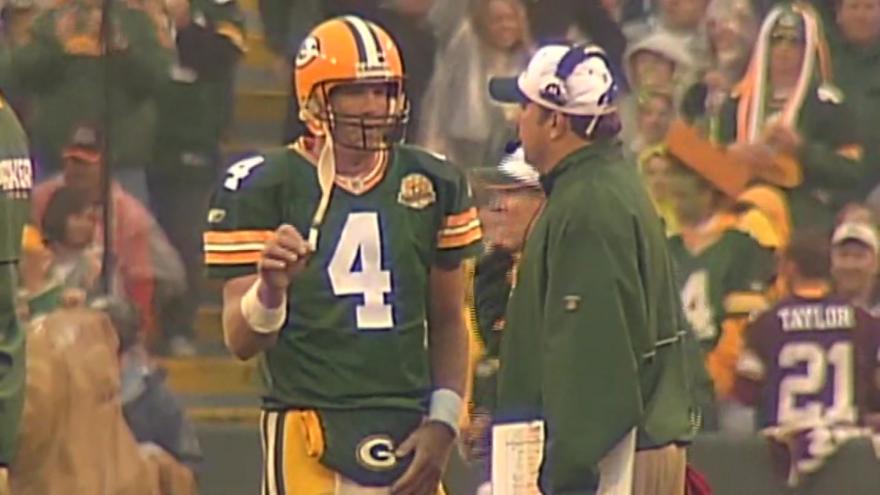 WISCONSIN (CBS 58) -- Former Packers quarterback Brett Favre is again speaking out about the dangers of football.

He has a recommendation for parents about kids playing the sport.

Favre was known as an iron man during his days as the Packers quarterback, but in recent years, Favre has become the voice of the dangers of concussions.

He's even pitched a new type of helmet that will help minimize the impact of collisions on the head.

Favre has joined a group urging parents not to let their kids play tackle football until the age of 14.

The concern in Favre's eyes, is young players suffering concussions at an early age and developing early signs of CTE, a brain trauma injury that has claimed the lives of many NFL players.

"One thing we can control is whether we teach them tackle football or not tackle football," Favre said. "Concussions are going to happen. They are going to happen in every facet of life -- adult, elderly, youth, race car drivers, all sports. So ultimately, my goal is to have a treatment for concussions, which right now, all there is, is prevention."

Favre says to reduce the risk of concussions, young children should play flag football instead of tackle football.

He points to a study showing 1/4 of high school football players had CTE despite never playing in college or the pros.

In the study, only one of the players who had CTE started playing tackle football after age 14.