NOW: Feeling more like winter this week after a nice blanket of snow

The snow wrapped up early this morning across southeast Wisconsin, but not before dropping a whopping 6-9" near the lake in Racine and Kenosha counties. 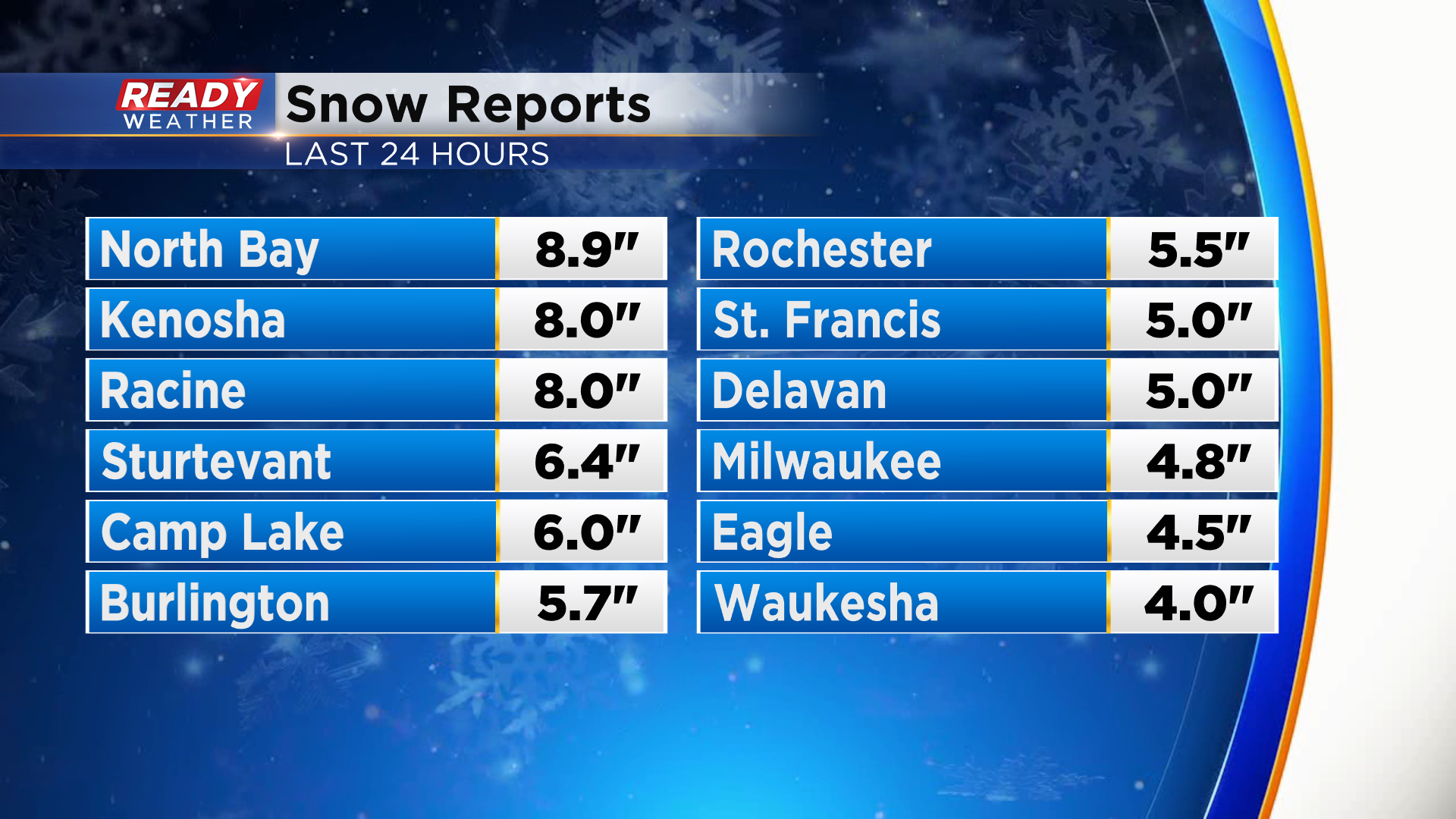 Snow totals along and south of I-94 were generally in the 2.5-5" range with a sharp cut off to the north. Milwaukee officially picked up 4.8" at the airport. 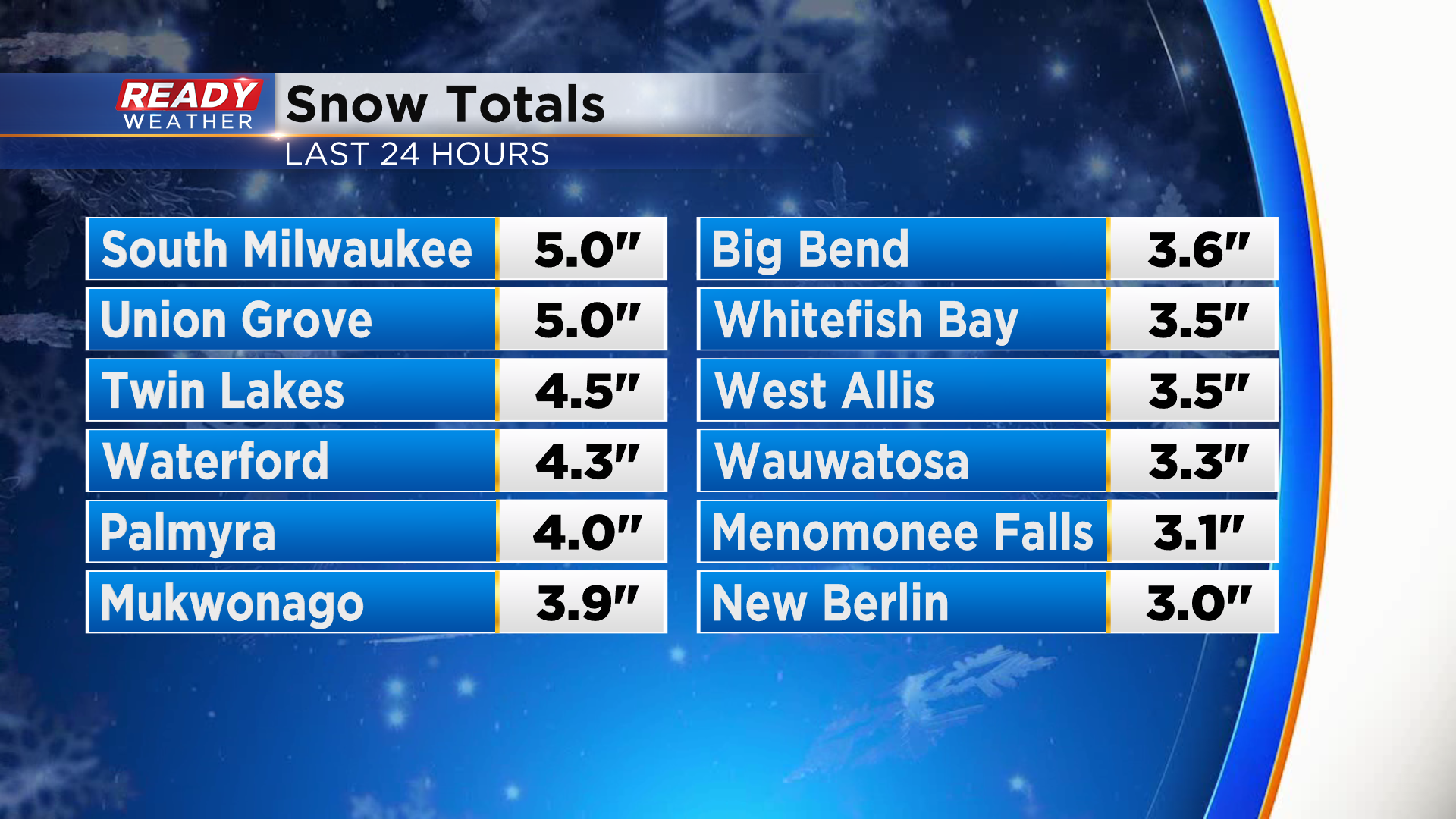 Now that it finally looks like winter across southeast Wisconsin, it'll start feeling like it this week. With clear skies in place temps will fall into the single digits above and below zero tonight. 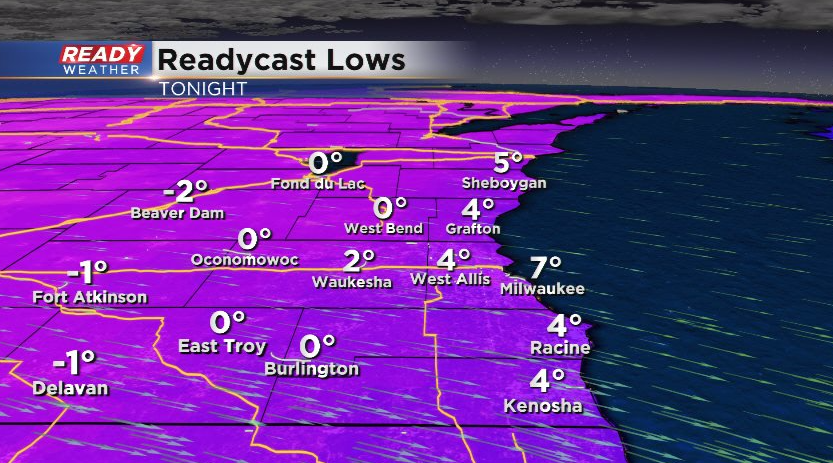 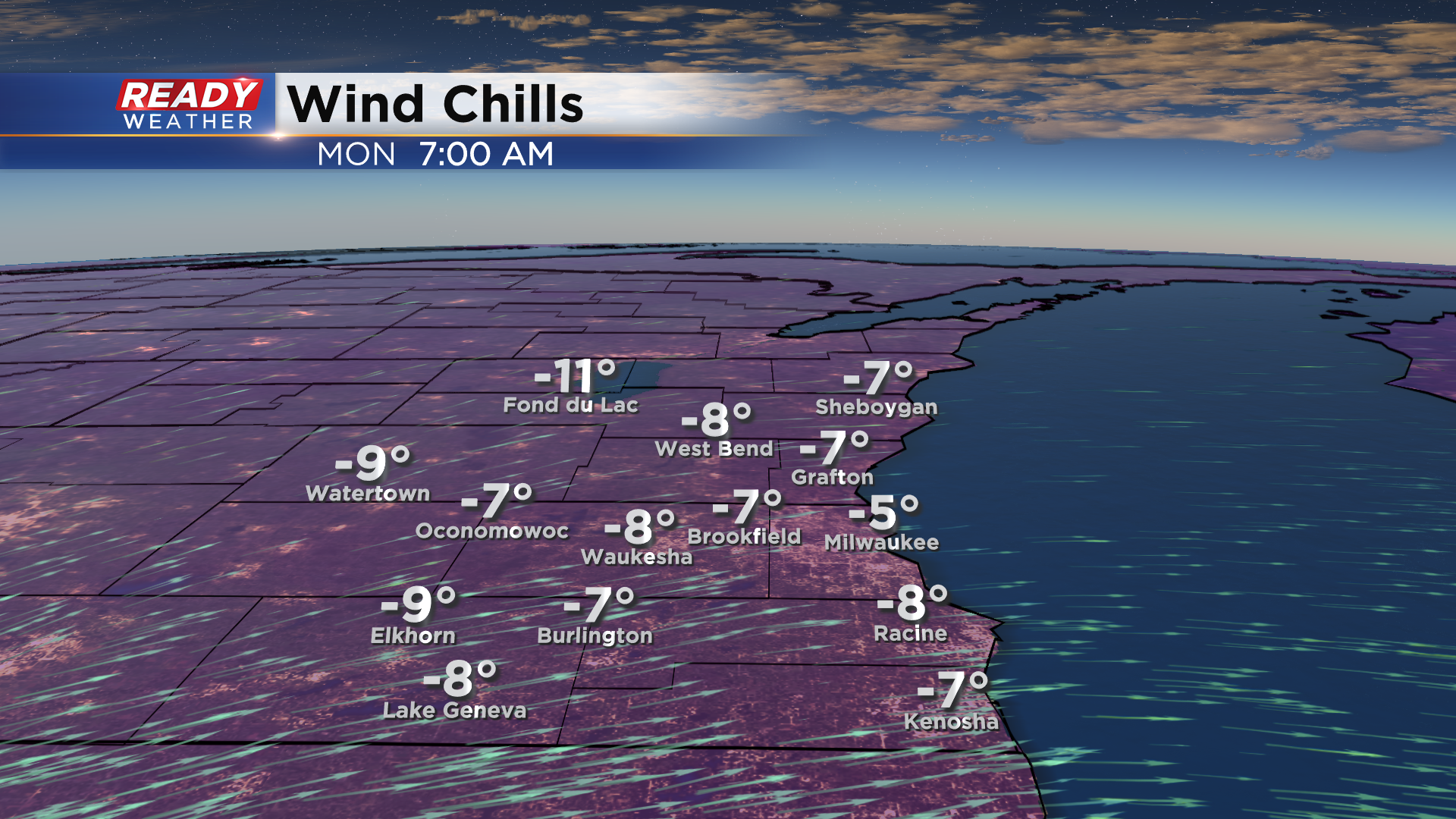 Temps will generally be below normal this week with Tuesday looking like the only day where temps rise above freezing. We'll have a breezy wind most afternoons as well, so it'll feel rather cold, especially the second half of the week. 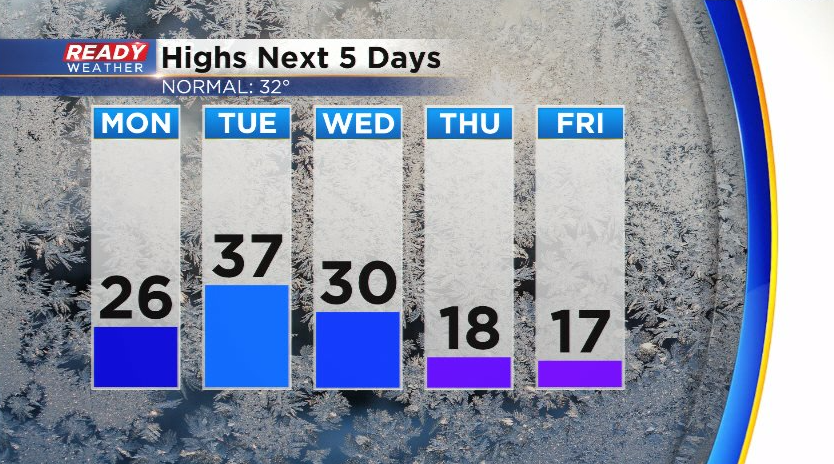 It looks like this cold air may hang around into at least the start of next week as well. The 6 to 10 day temperature outlook that takes us from January 8th -12th has a 50-60% chance of below normal temps across the Badger State. Normal highs by then are around 31°. 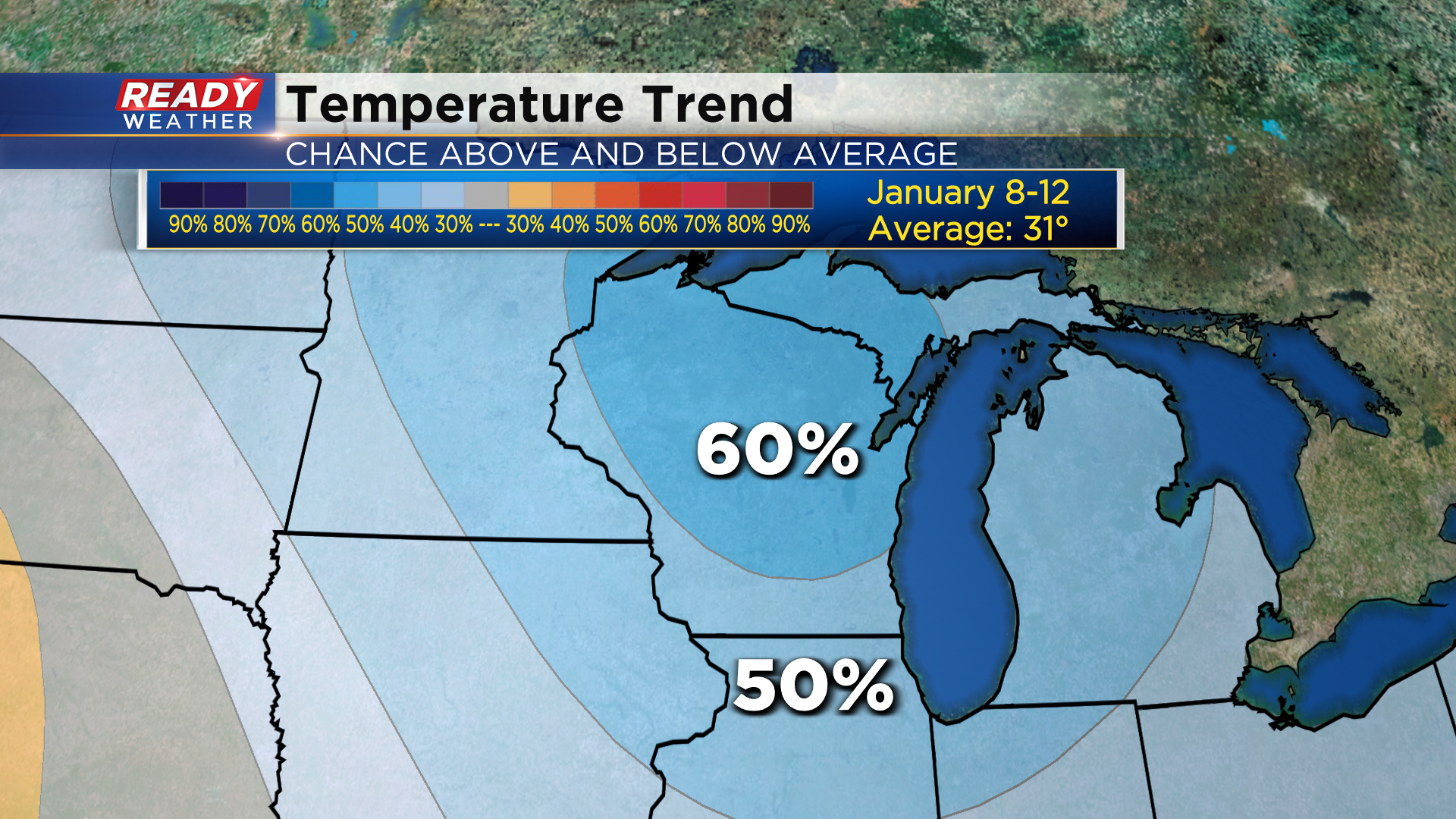 It's quite the change from what we've been experiencing not only for the last month, but for the last year. 2021 officially came up 0.1° shy of tying 2012 and 1931 for the warmest year on record in Milwaukee. 6 of our top 9 warmest years on record have occurred since 2010. 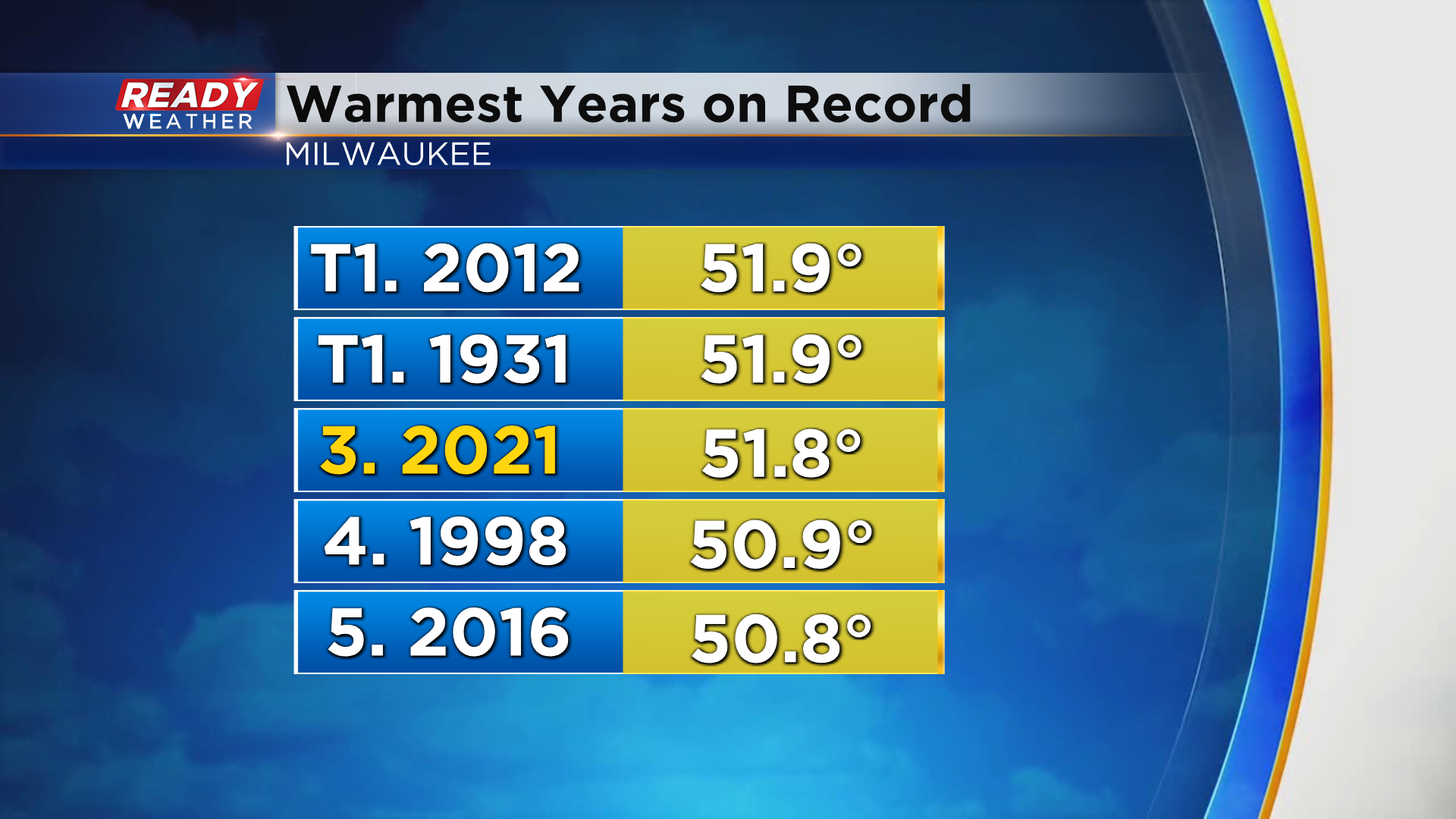 There is a chance for a bit of light snow during the middle of the work week. Download the CBS 58 Ready Weather App to see the full 7 day forecast.