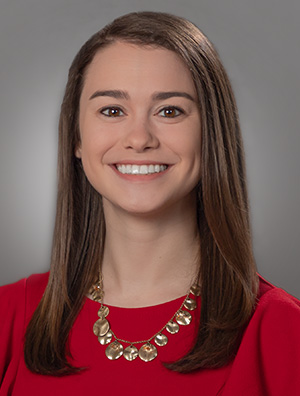 Sam joined the CBS 58 weather team in December 2019 as a weekend meteorologist after spending three and a half years as the midday meteorologist at WAOW in Wausau. As a Kenosha native, she is ecstatic to be back home forecasting for southeast Wisconsin.

Like most meteorologists, Sam’s passion for weather began at a young age. As a child she spent countless hours watching The Weather Channel and repeatedly rented the same severe weather books and tornado videos from her local library. While she always knew she wanted to be a meteorologist, that desire was heightened when two tornadoes tore through her hometown on January 7th 2008. One of those tornadoes caused significant damage to her aunt and uncle’s house in Kenosha county, while another weaker tornado went just north of her house in the city. Her passion for winter weather grew just three years later after 23 inches of snow fell at her house during the infamous Groundhog’s Day blizzard of 2011.

Sam went on to study at UW-Milwaukee where she graduated with a degree in Atmospheric Science. While at UWM, she worked for a private forecasting company called Innovative Weather, where she had the opportunity to provide specific forecasts for clients like WE Energies, Summerfest, and the Milwaukee Brewers. Sam was also an intern under John Malan at TMJ4 for two years, which made her want to pursue a career in television.

Sam is a huge Wisconsin sports fanatic, so when she isn’t forecasting, you’ll likely find her at Miller Park or Fiserv Forum. When the weather is quiet, she also enjoys traveling around the country crossing baseball stadiums off of her bucket list.