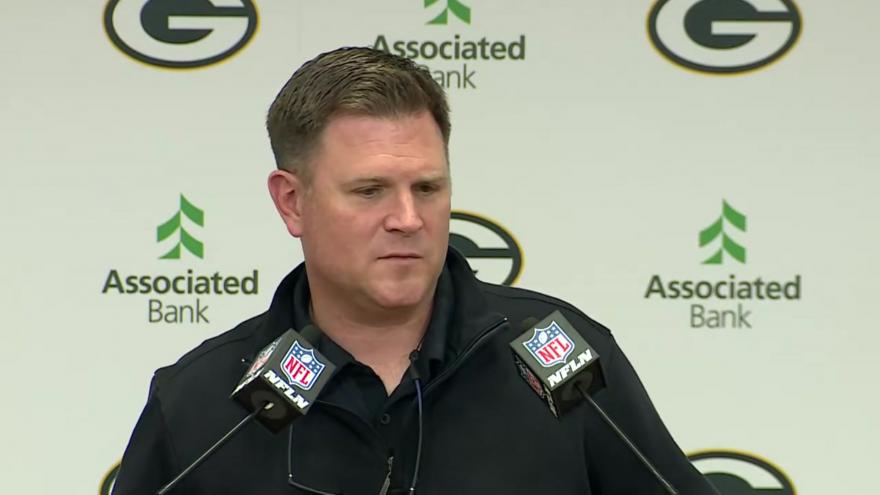 GREEN BAY, Wis. (CBS 58) -- The Packers begin the NFL draft with two picks in the opening round...for now. But there are nearly endless possibilities for a Packers team that's proven willing to change strategies based on the strengths of the draft.

The 22nd and 28th overall selections seem like an ideal place to draft a wide receiver, which is a particular position of need in Green Bay after the trade of Davante Adams to Las Vegas. But the Packers' tendency to draft the best player available means a receiver isn't a guarantee on the opening night of the draft.

A trade is always a possibility, especially if the Packers want to move up to a higher first round selection. Backup quarterback Jordan Love has been mentioned in trade rumors in some experts' mock drafts.

"Having more picks in the top three rounds than we have had in a while, there's temptation on both sides to move around," Gutekunst said. The Packers also have two selections in the second round, which starts Friday night.

"The volume of players, because of COVID, has pushed the draft depth upward more than in the past."

Any receiver drafted by the Packers has the advantage of working with Aaron Rodgers from day one, with Gutekunst adding there will be "more opportunities" for a young receiver learning under Rodgers.

The draft is being held in Las Vegas this year, and it begins Thursday night.