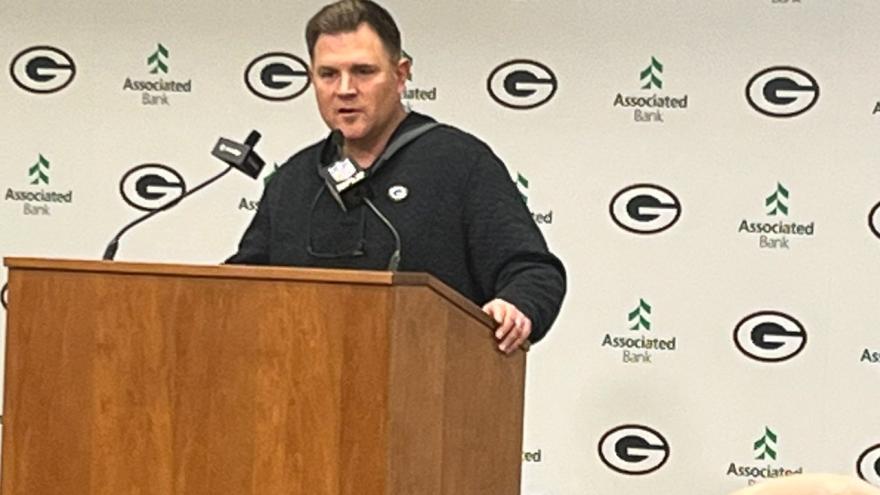 GREEN BAY, Wis. (CBS 58) -- Packers General Manager Brian Gutekunst faces an interesting offseason of decisions when it comes to his quarterback position. Aaron Rodgers hasn't decided if he'll return for 2023, and Jordan Love's contract includes a costly fifth-year option for 2024. Would Gutekunst prefer Rodgers under center as he approaches age 40?

"You're talking about a four-time MVP," Gutekunst said. "Jordan has never played a 17-game season. There are few teams Aaron wouldn't put in a better position to win."

The Packers ended the season with an 8-9 record and missed the playoffs by losing to the Detroit Lions in week 18. Gutekunst believes the issue with the 2022 Packers was not playing complementary football among the three phases of the game - offense, defense and special teams.

Gutekunst says the Packers were depending on their defense to help them win games this season, but the defense had trouble playing full games early in the season. Gutekunst says he believes in the organization's process, and that he's optimistic the team can bounce back in the fall of 2023.