NOW: Here are the 14 locations and times for early voting in Milwaukee

MILWAUKEE (CBS 58) -- All eyes are on the Badger State now that early voting is underway.

Mayor Tom Barrett, alongside other city officials held a news conference Tuesday morning, Oct. 20 to encourage residents to get out and vote early. Watch it here:

As a swing state, Wisconsin may very well end up deciding the fate of the free world.

Election Day is just 14 days away and both presidential campaigns are making an aggressive push to win the state.

#Milwaukee mayor ⁦@MayorOfMKE⁩ takes selfies and chats with residents in line to early vote before the press conference that just started now. He says having access to safe voting is of utmost importance to them. #vote#Election2020pic.twitter.com/p16LzMm05r

The MIdtown location is one of 14 polling spots in Milwaukee. The long line and cold temperatures didn't stop people from coming out on Tuesday.

"I just said whoa, but I'm staying because this is history," says Clara Harris, a Milwaukee resident.

For others like Ana Ayala-Avilas, this is their first time casting a vote after becoming a U.S. citizen.

She says it makes her feel counted and happy to vote for the future of her 23 grandchildren.

"Our registered numbers are up to 315,000 registered voters, which is much higher than its been in the recent years," says Claire Woodall-Vogg, executive director of the Milwaukee Election Commission.

While the reasons behind casting a vote are endless, voters are reminded to just get out and vote.

"Just make sure you vote," says Milwaukee resident Jemal Billings. "No matter how you do it, just do it."

Community leaders and organizations also gathered at the statue of Martin Luther King Jr. to encourage people to get out and vote. The "Good Trouble" Voter Awareness March then went to the Clinton and Bernice Rose Center for people to cast their ballots. The name of the march honors the late Congressman John Lewis. 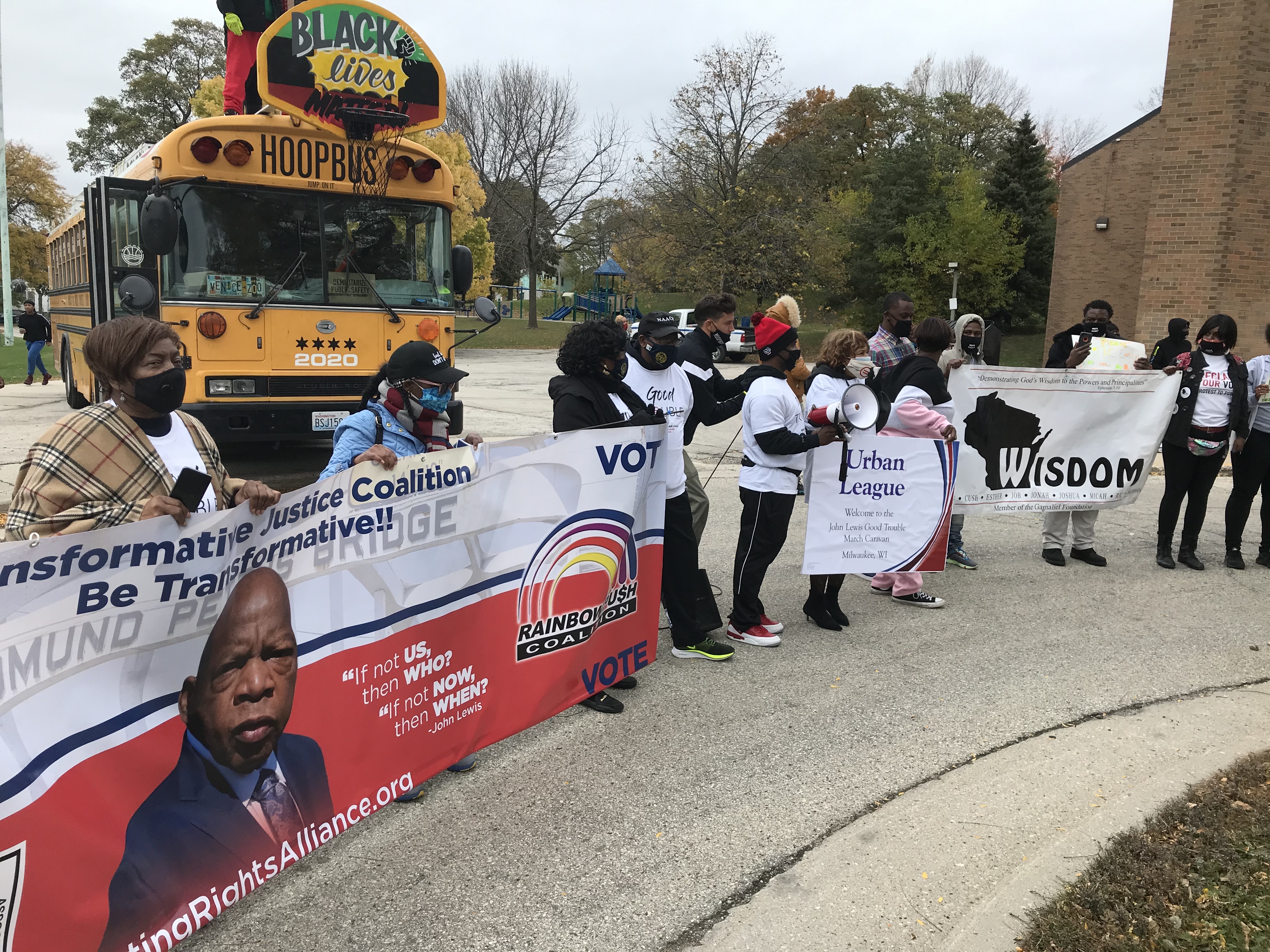 City clerks cross the state are preparing for a historic election in the middle of the ongoing coronavirus pandemic.

The above location is opened Mondays through Fridays 10 a.m. to 3 p.m.

The above location is opened Mondays through Saturdays 11 a.m. to 2 p.m. beginning Wednesday, Oct. 21.

The above two locations are by appointment only. Appointment requests will be considered after Tuesday, Oct. 20.

Requests are honored based on voter's inability to vote at any of the other sites during the scheduled voting hours, according to Milwaukee's Election Commission. To request an appointment at Independence First or Manitoba School, email kdzapat@milwaukee.gov.

Due to legal concerns, the city of Milwaukee Election Commission announced earlier this month that Miller Park and the Fiserv Forum will not be used as in-person absentee early voting.

Contributions to this story also made by: Christine Flores
Share this article: