A New Hampshire native that moved to Kewaskum in the 1990s, 66-year-old Sargent has been a Packers fan since he was a young boy cheering on Bart Starr and the Packers to victory during the first World Championship game.

"I was on the bandwagon right away," Sargent explained. "I was a fan of Bart Starr from way back when and continued watching the Packers, and then having moved here, and then having to meet Bart Starr in person, that was just the pinnacle of it all." 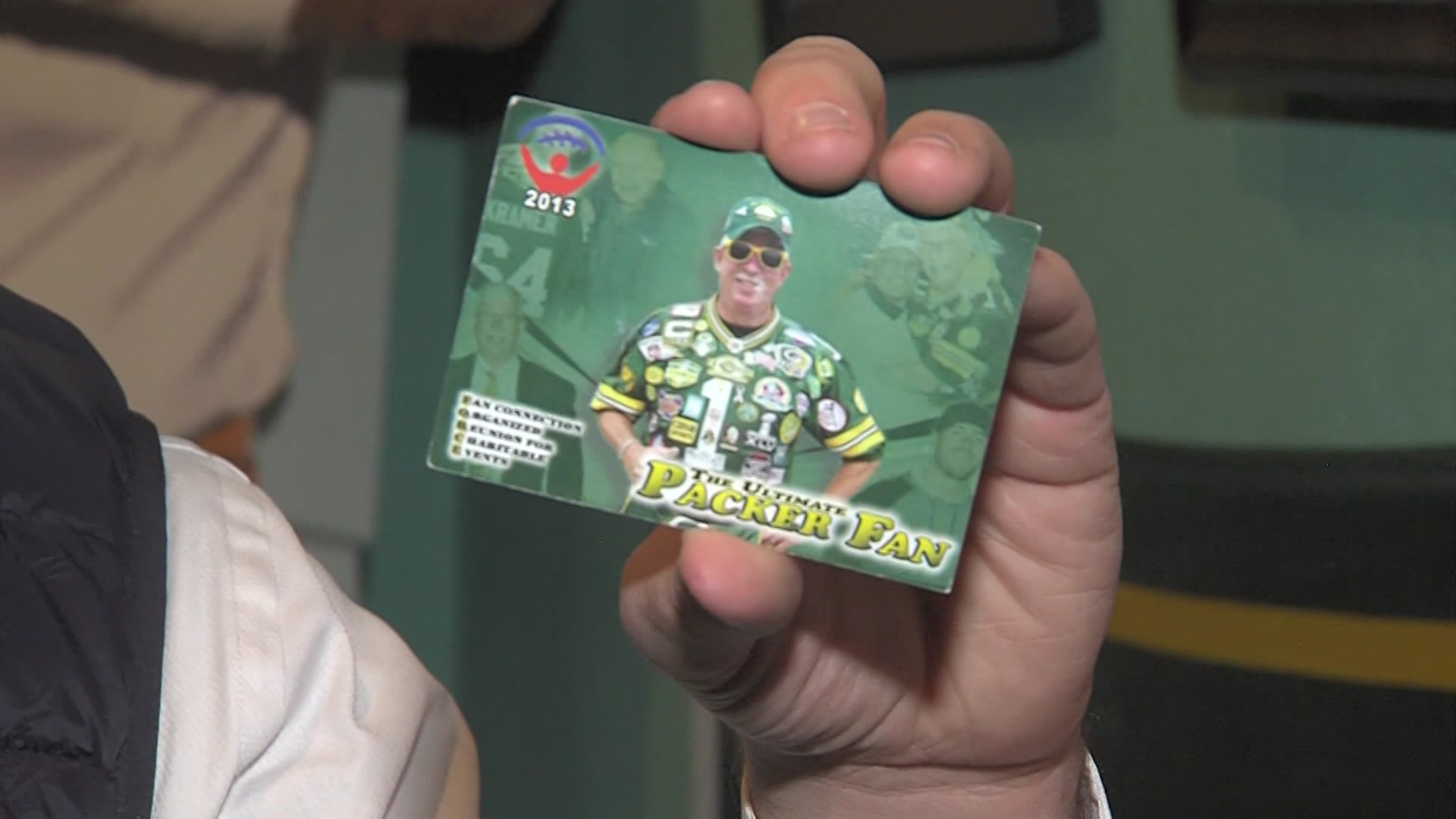 Sargent's had a lot of run-ins with Packers greats over the years. He currently runs the Ultimate Packer Fan Incorporated, a nonprofit that helps raise funds for different organizations in the Green Bay community and throughout the state that hosts events with current and former Packers players.

His Packers 'shrine' located in the basement of his home has a pool table with names that have spent time in his home, including green and gold great Ahman Green.

Not only does he have the ultimate Packer fan cave, the season ticket and stock holder takes that pride and joy to as many games as possible, providing fans with the ultimate game day experience.

"It's passion," Sargent said. "Passion is the biggest thing, and there's a feeling of gratefulness."

That passion has been passed down to his family members to the point that it inspired his 12-year-old granddaughter, Addison Melzark, to write an essay nominating her grandfather to be selected into the Packers FAN Hall of Fame.

"There's been essays written for me for ten years. Over the last ten years, never a nomination," Sargent said. "When I was nominated; that's a feeling of greatness, of accomplishment, of gratitude."

For Melzark, a 7th grader at Holy Trinity Catholic School, it was a special feeling to be the one who may have helped her grandpa punch a ticket to the Hall of Fame at Lambeau.

"You can see how much he cares for them and he shows his fandom for them. I think it's just amazing that someone can love something that much," Melzark explained. "I think that he deserves something; to be acknowledged for this. He takes such pride in making sure that other people have the ultimate experience and not just him. I think that's what a true Packer fan is."

For Wayne, being a true fan isn't all about cheering when the green and gold get a win, although he adds that is a bonus. He says it's about experiencing the atmosphere Lambeau provides, watching some good football in the process and helping people.

"The great thing about it is, it's nothing I've tried to do. It's just something that came to me," Sargent explained. "To win this would -- it would mean the world."

Sargent is one of 10 fans from around the nation to be nominated for the FAN Hall of Fame. Sheboygan's Rick Burgard is also up for the special honor.

According to Burgard's profile on the Packers website, he has served as an usher for the team for more than 20 years.

Packers fans looking to vote for Burgard or Sargent are able to do so once a day by visiting the Packers website HERE.

A winner will be announced some time in February.