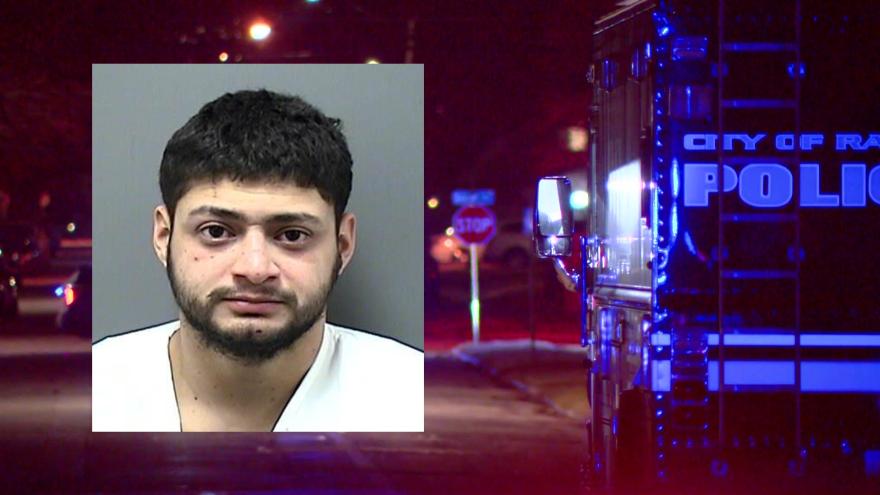 RACINE, Wis. (CBS 58) -- A 26-year-old Racine man has been charged in connection to an officer-involved shooting.

The incident happened on Jan. 17, when investigators say police were called to Gillen Street and Drexel Avenue at 10:46 p.m., for a report Suarez put his hands on a woman and locked her outside the house. Officers were advised, according to a criminal complaint, Suarez was intoxicated and children were inside the house with him.

At 10:50 p.m., authorities say shots were fired at the scene. Investigators say Suarez fired shots into the air.

Officers arrived at the scene and while attempting to contact Suarez at the back door, a 3-year-old girl appeared and was escorted to safety. Police say a 1-year-old inside the house was also safely reunited with the mother. While officers attempted to communicate with Suarez, shots rang out.

It is believed that the injuries were a result of birdshot pellets.

Officers returned fire with patrol rifles and a handgun. Suarez was not struck.

Suarez later reappeared at the back of the house, unarmed, and was convinced to surrender. He was taken to an area hospital for medical evaluation and treatment before being transported to the Racine County Jail.