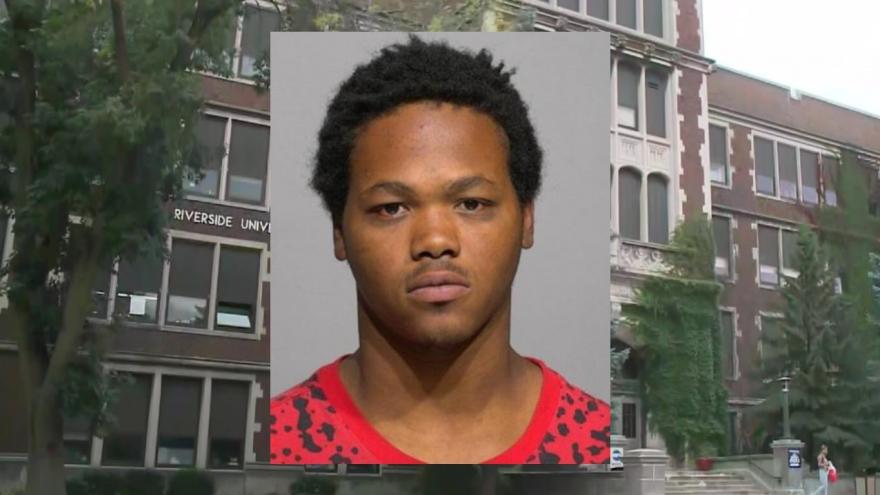 MILWAUKEE (CBS 58) -- A 20-year-old Milwaukee man has been charged with terrorist threats after police say he used social media to threaten to shoot students at Riverside High School.

According to a criminal complaint, Eddie Seaberry made the threat via Facebook on Oct. 22. Concerned parents contacted the school principal and teachers, who informed law enforcement. A screenshot of Seaberry's Facebook post showed a photo of a young man, identified as Seaberry, holding a gun against his chest, and said:

"It's Finna Go Down Tomorrow At Riverside...We Finna Killed All You [expletive]..."

During the course of the investigation, police also obtained a Facebook conversation between Seaberry and another user that said the following:

Seaberry: "Yeah, You Alright Me and My [expletive] Finna Killed Everyone Else"

NA: What time you killing them so I can know where not to be at that time"

Seaberry's father told investigators that his son is developmentally disabled and has a difficult time dealing with certain situations, like bullying.

Officers conducted a search warrant of the home and did not find a firearm.

In an interview with authorities, Seaberry admitted that he did post a photo on Facebook holding a BB gun. He said he wanted to scare people at school that call him "dumb" and "slow." He said he never had any intent to shoot students at the school. Seaberry said he was sorry for the post, and wrote a letter of apology to Riverside High School.