March ended with a bit of slushy snow. Most of southeast Wisconsin picked up 1-3" of slush Thursday morning. The only counties that really didn't see much measurable snow were southern ones: Walworth, Racine, Kenosha. 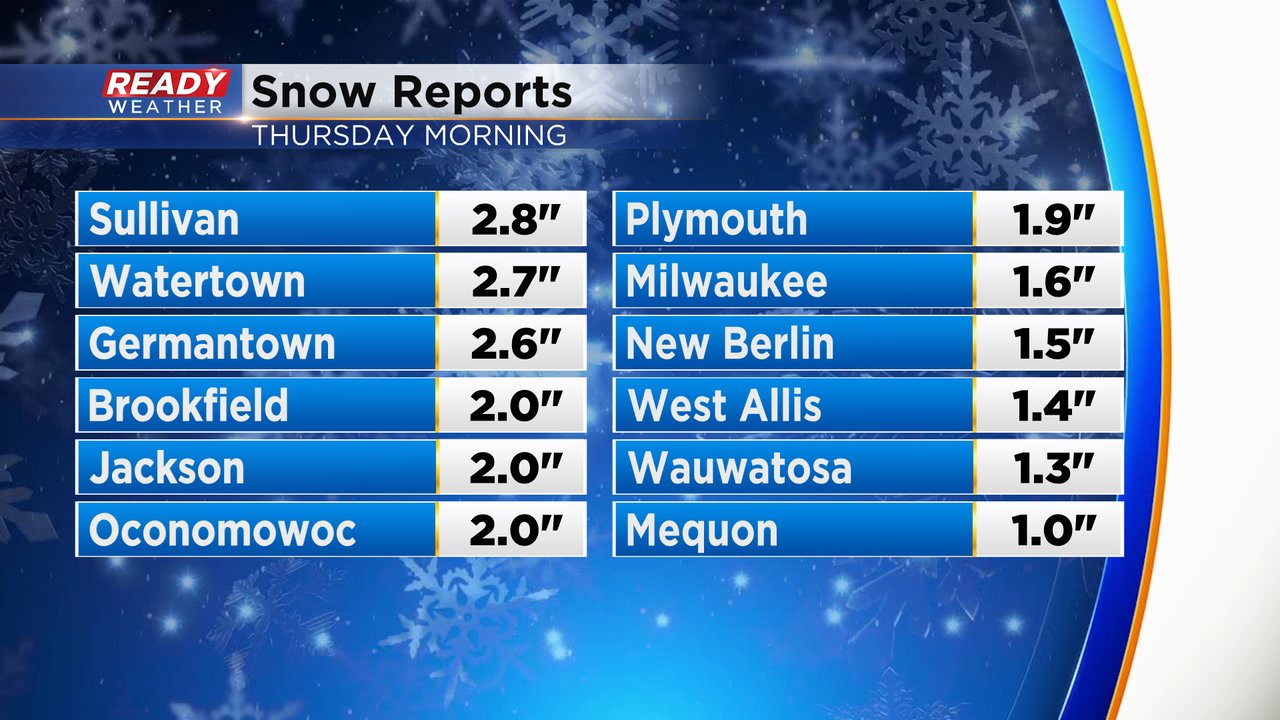 The 1.6" of snow in Milwaukee area put our March snow total at 4.1". A decent amount for March but still well below the average of 6.7". It goes down as the 42nd least snowy March on record. 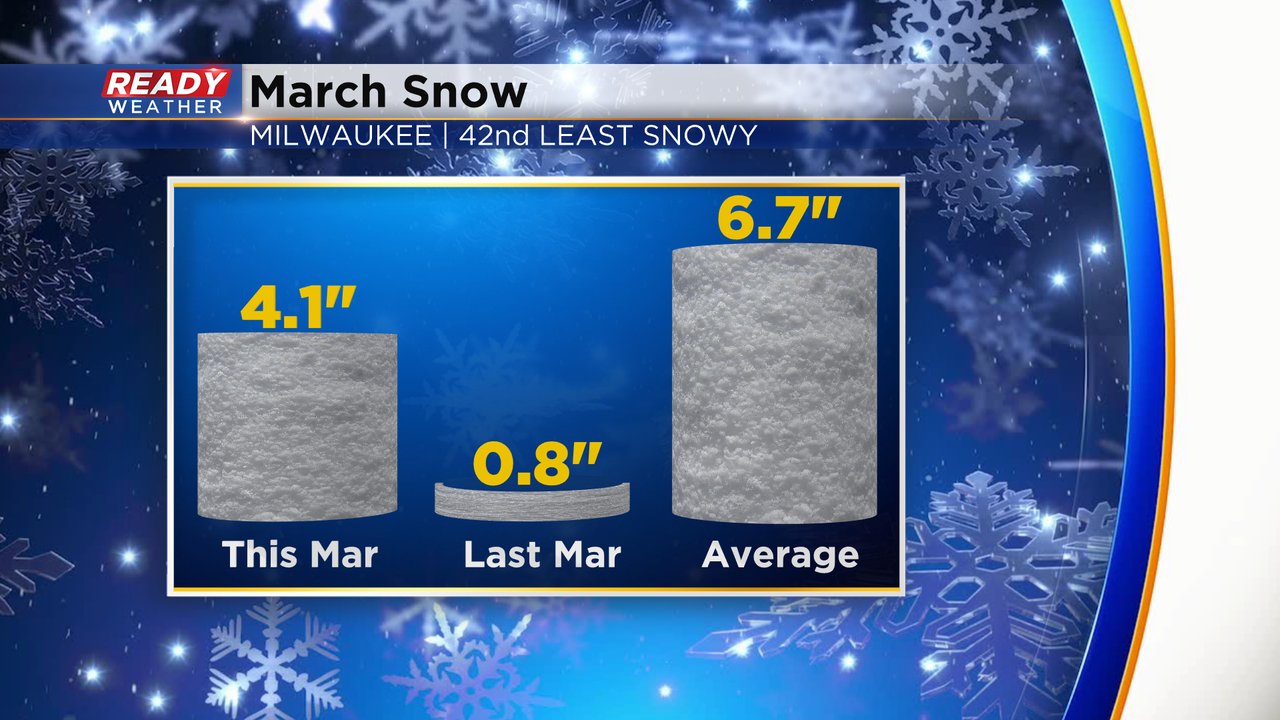 In addition to the snow, we had some really good rain the last few days. Some of us got a few showers and storms Tuesday night, most of Wednesday was dry with another round of steady rain Wednesday night into Thursday morning before switching to slushy snow. It was another soaking 0.50-1.50" of rain for most of the area. 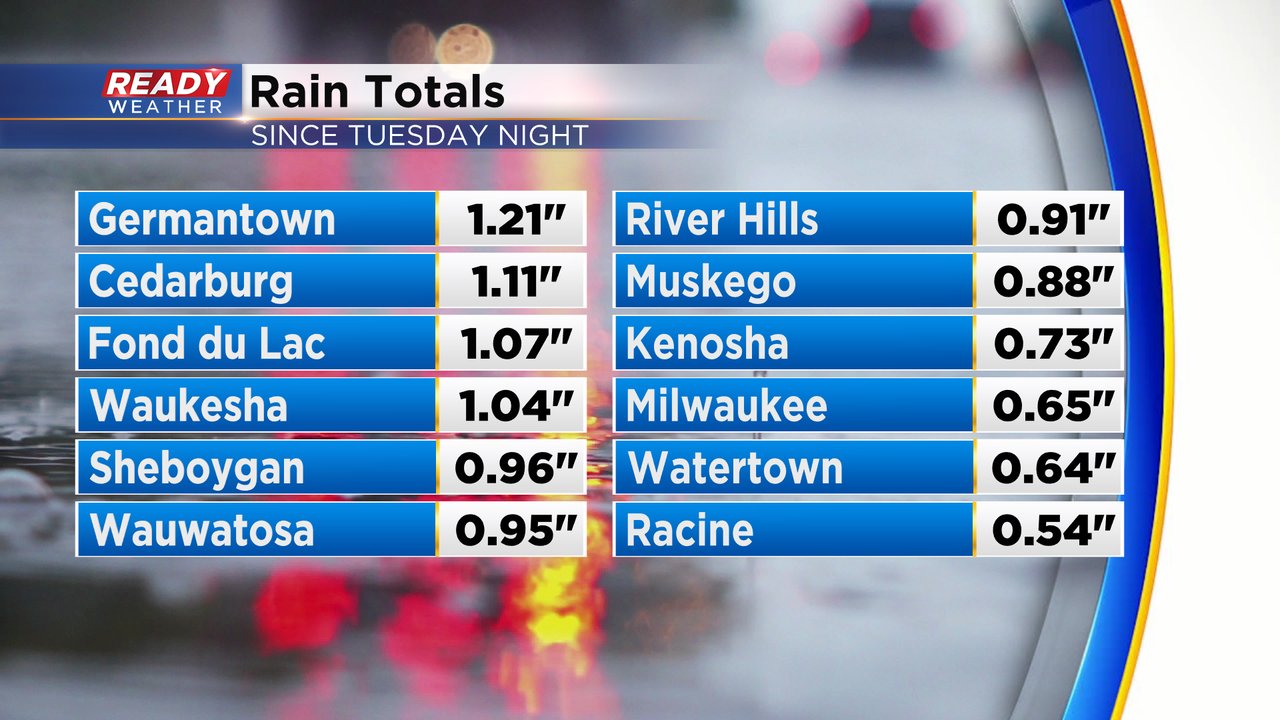 This rain combined with the soaking from last week has really improved our drought conditions. With the wet weather during the second half of March our precipitation total for the month got close to 3" at 2.95". It was a lot more than March of 2021 and about three quarters of an inch above the average of 2.20". It was the 56th wettest March on record. 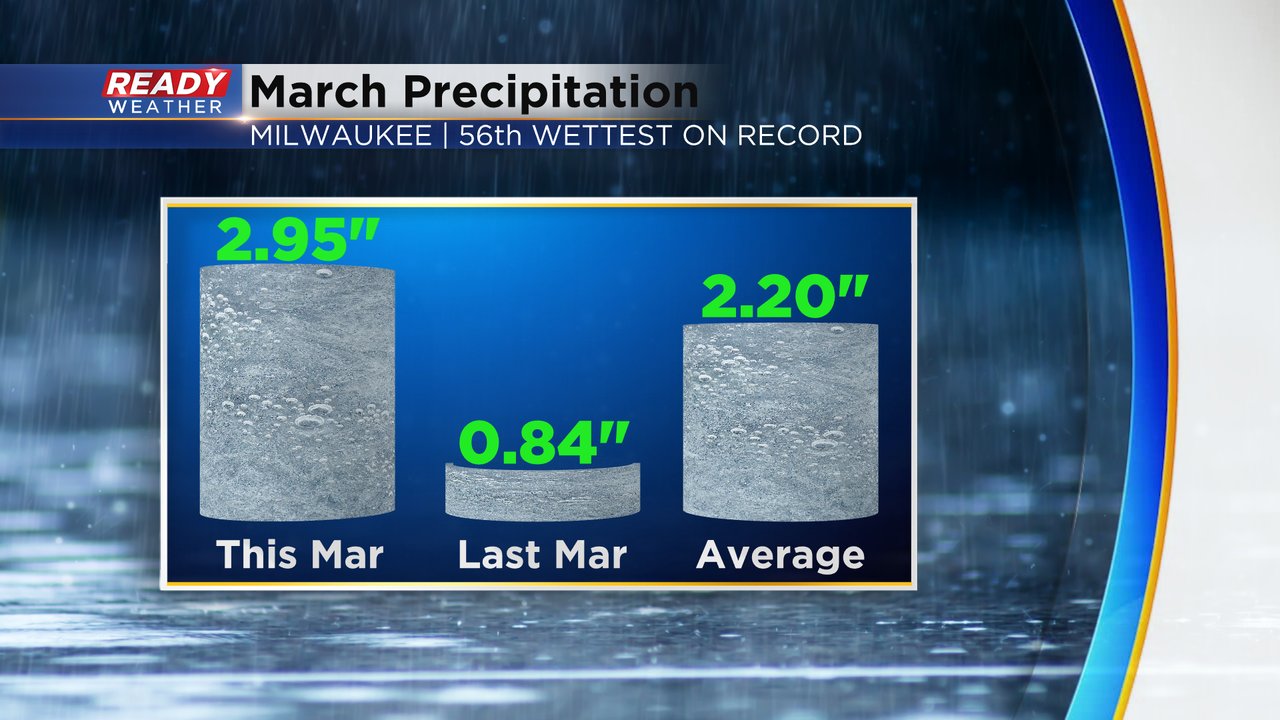 When it came to temperatures March was pretty close to average ending with an average temperature of exactly 37* which is 0.6* above-average. The warmest day was right in the middle of the month when we hit 70! The coldest temperature was a few days before when we dropped into the single digits. It was the 34th warmest March on record. 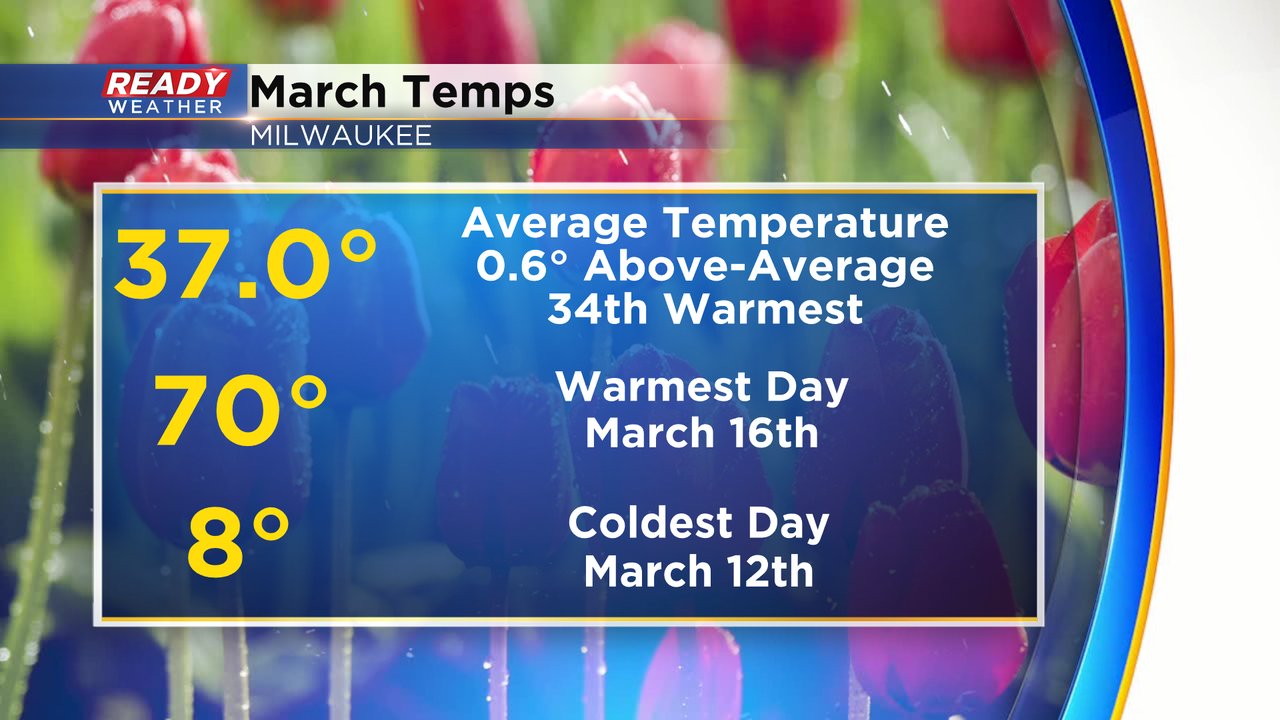 Now we welcome in April! It's a month when, on average, our temperatures really start to warm. At the beginning of the month the average high is in the upper 40s with lows near freezing but by the end of the month the average high hits 60* with lows in the low 40s. We get a decent amount of rain, on average, in April nearing 4" and still average 2.1" of snow. Seeing snow in April isn't unusually but it's harder to do in the second half of the month. 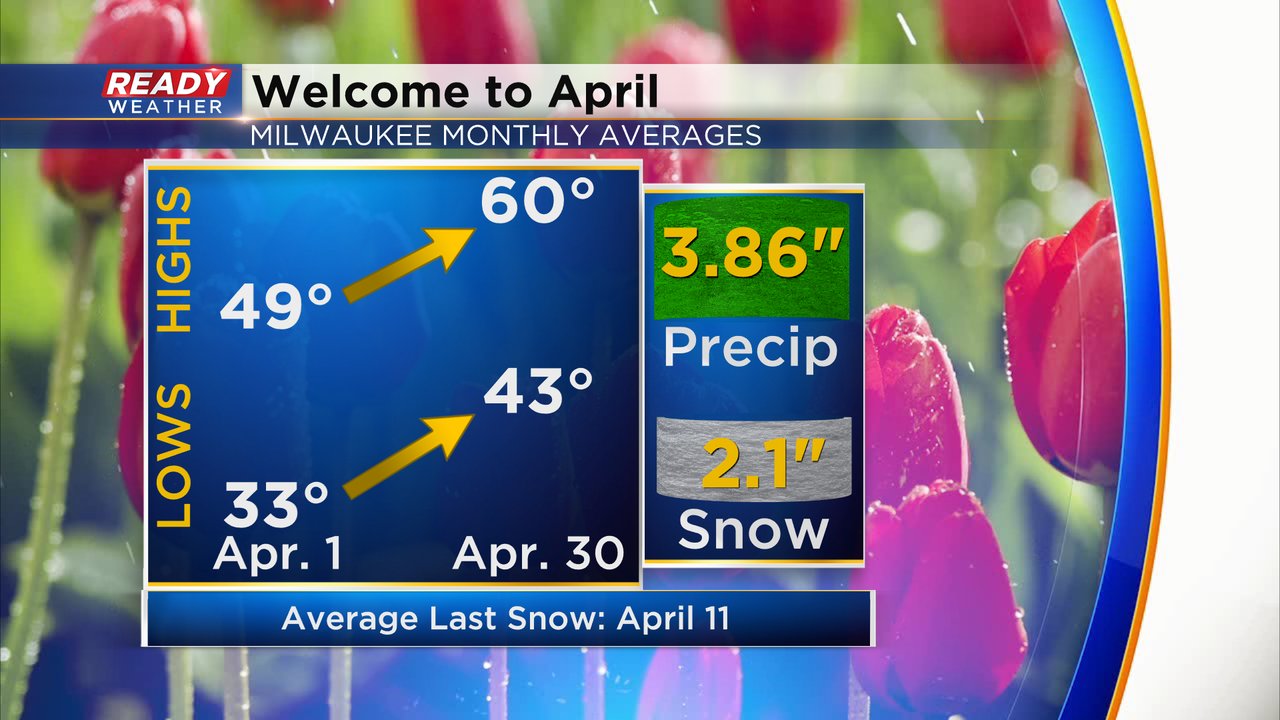 The start of April 2022 does feature a chance for accumulating snow. A round of snow and rain showers through the heart of the day on Saturday could bring accumulation for at least part of southeast Wisconsin. As of Friday morning it looks like southern counties will stay mostly rain, northern counties mostly snow with a nice mix in Waukesha and Milwaukee Counties. Western and northern counties have the best chance to see 1-3" more of slushy snow. 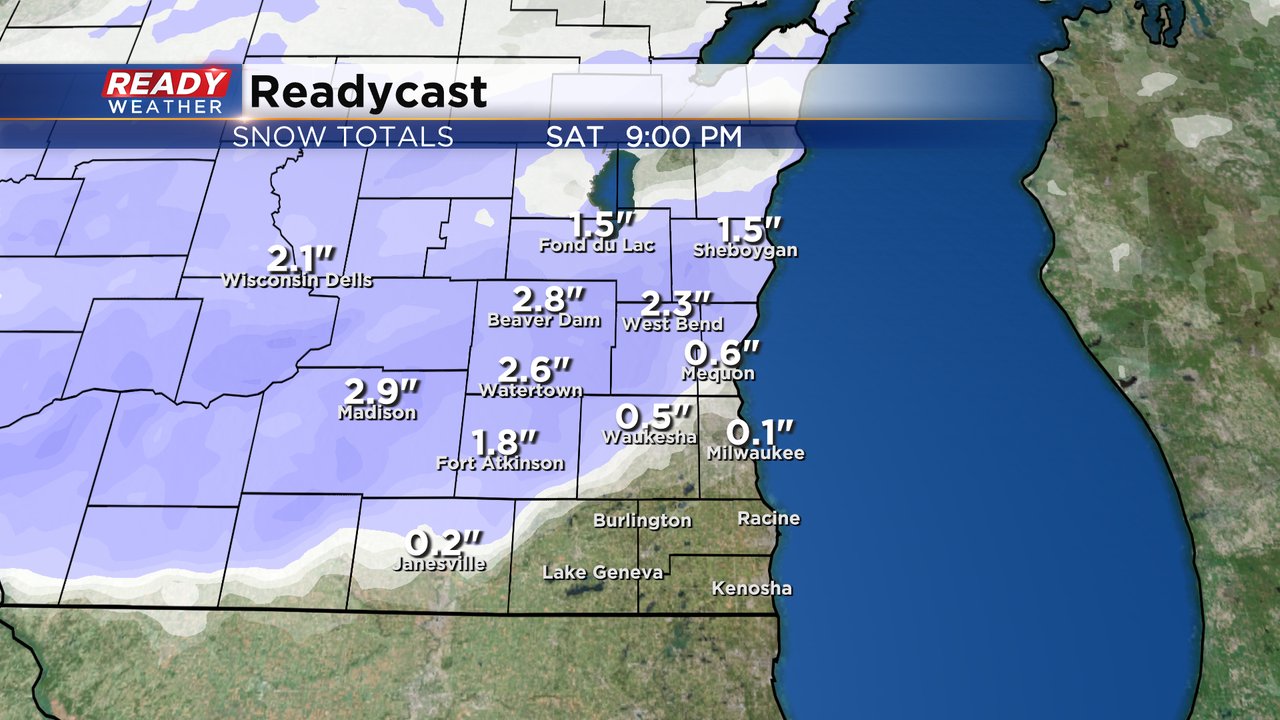 Download the CBS 58 Ready Weather app to track the mix for the beginning of April.